Roger Elam donated Kaiya's car to a stranger in need because he says that's what she would have wanted. 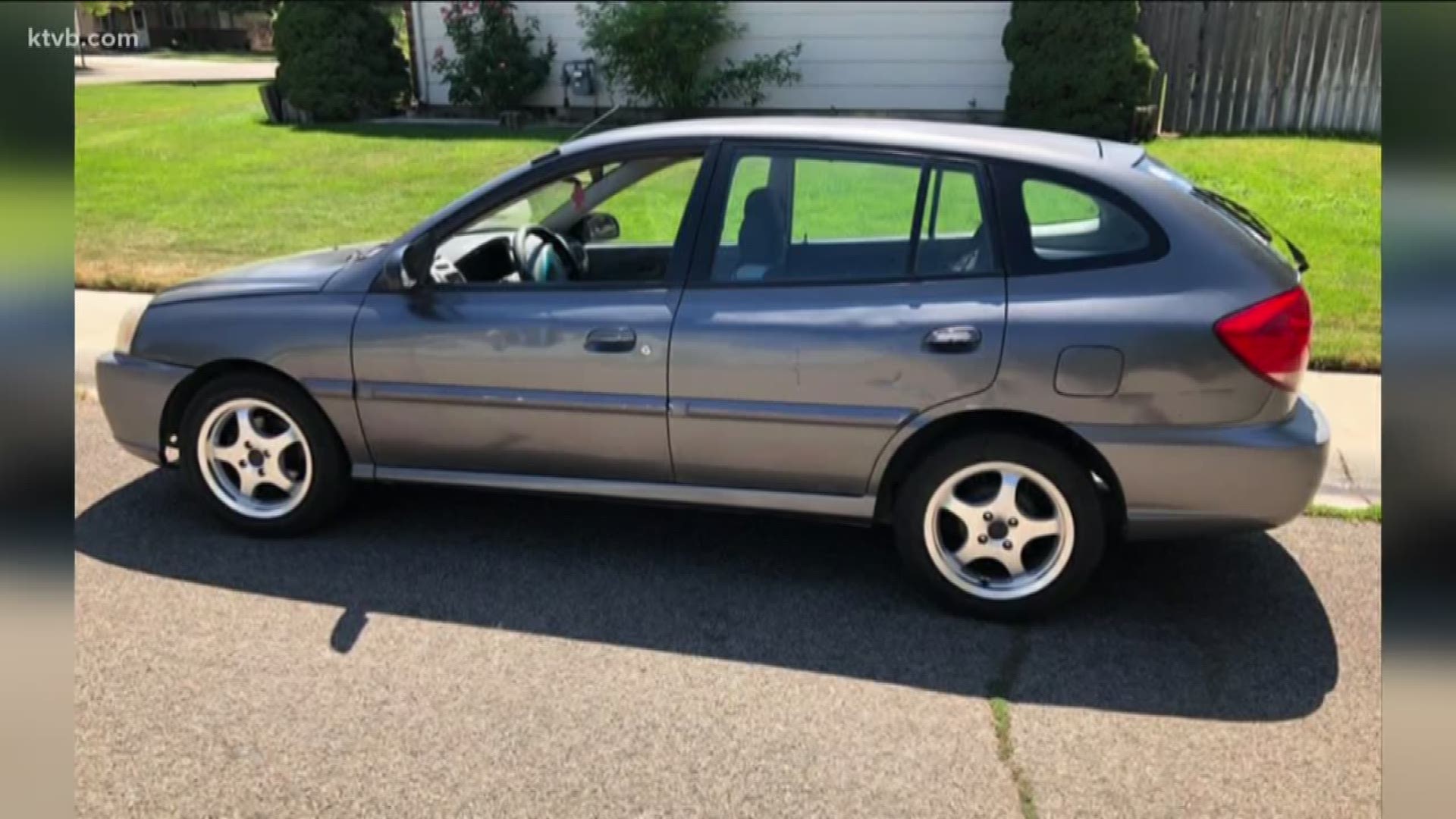 BOISE — Thanks to one man's generosity, a single working mother from Emmett now owns her own car.

As opposed to selling Kaiya's car, Elam donated it because he says that's what his daughter would have wanted.

Seventeen-year-old Kaiya Lucas was one of two people killed in a car accident in Canyon County just over a week ago.

"From LeeAnn's story, she seen it coming, she grabbed her and pulled her basically across her lap and kind of shielded her," says Elam.

Kaiya passed away leaving behind family, friends and her car.

"It was never a fancy car, I mean it was a teenager's first car. It was a 2004 Kia, just a simple car, nothing high end or fancy by any means but it was still a car. My daughter loved it, she loved this little car," says Elam.

And now, that car belongs to Jessey Badker, a single mom from Emmett who had been relying on rides from friends.

"I had put on Facebook in a few of the groups that I'm a single mom looking for a car and for someone to help me with payments or anything because I have to go to work and take my daughter to day care," explains Badker.

Elam got wind of Badker's situation and wanted to help.

"She wasn't looking for a handout and that's part of the reason why I gave it to her," says Elam.

"I told him I can give you money, you don't have to just give it to me and he was like 'no, I want to give it to you for free because that's what my daughter would have wanted,'" says Badker.

Elam gassed up his daughter's old car, got the oil changed and gave it away to its new owner over the weekend.

"For someone just to offer me their daughter's car without paying, well I guess there truly are nice people out there that will help you. I will never forget him, his family and daughter," says Badker.

"She died trying to save somebody and now she is continuing on in one form, saving somebody again with something as simple as giving someone a car," says Badker.

Elam says Kaiya wasn't wearing her seatbelt and that would have prevented her death.