“I’m looking at his criminal history and this looks like a guy to me who likes to get himself drunk," the judge said in court on Tuesday. 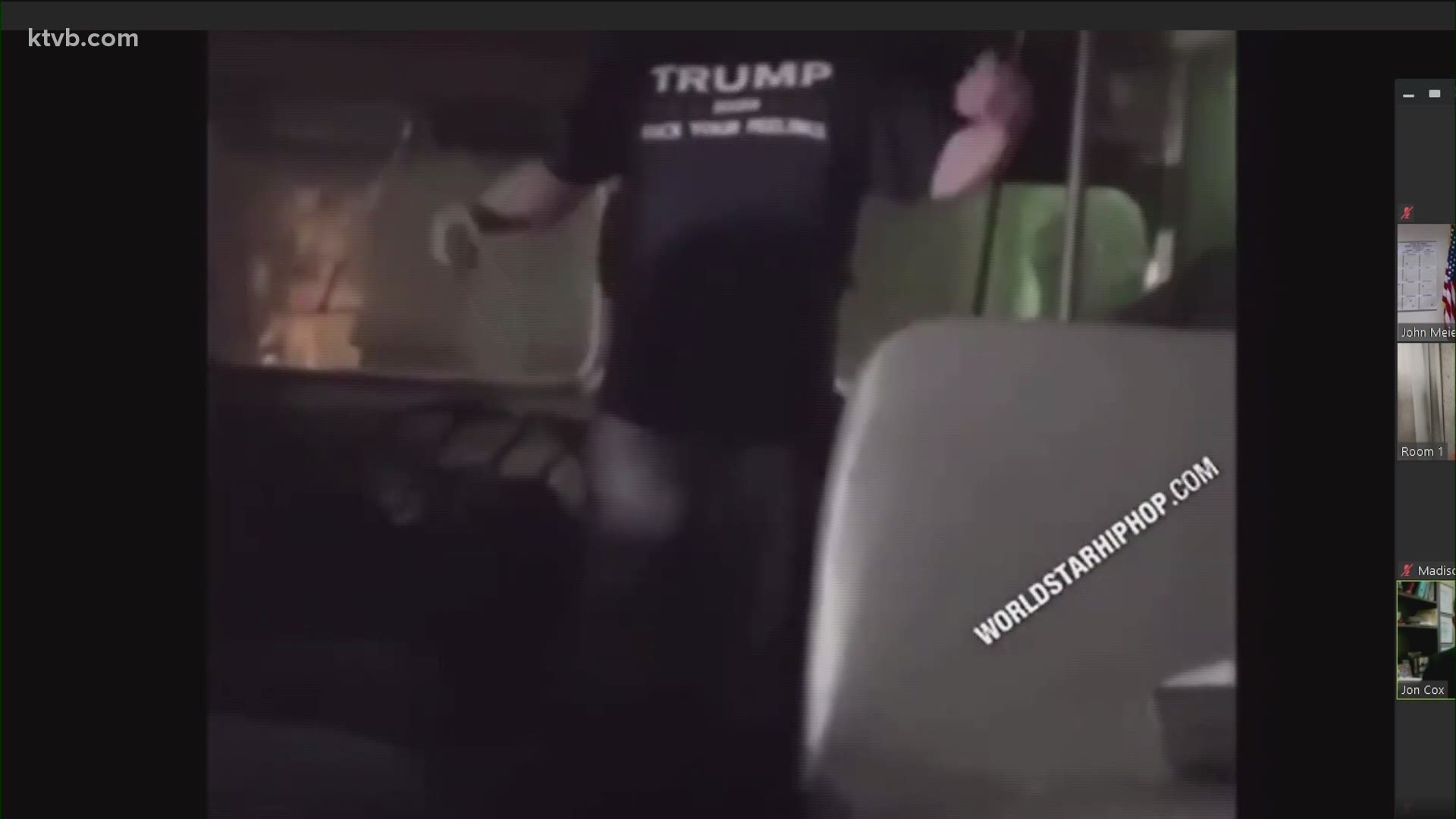 CALDWELL, Idaho — The man accused of waving a gun in front of a group of teenagers at Haunted World in Caldwell over the weekend appeared in a Canyon County courtroom Tuesday afternoon.

37-year old Joshua Lockner is charged with five felony counts of aggravated assault and one count of carrying a concealed weapon while intoxicated.

Leading up to that, Cox said, his client was berated by the group of teens for wearing a pro-Trump shirt.

“There was vulgarity used by one of the young individuals," Cox said. "You can hear one of the persons say 'shut the f*** up' and 'f*** Trump.'”

Cox claimed the teens then threatened Lockner and his family forcing him to take a stand.

“One of the young individuals stood up when Mr. Lockner’s autistic son got on the bus, and I believe it's a female, indicated 'you are a f***ing white heterosexual male' and pointed aggressively at the child, who is 11 years old, and then there was an aggressive rush towards Mr. Lockner’s wife and autistic son,” Cox described of the video. “Mr. Lockner was sitting down at the time having this conversation. He stood up not only to protect himself from the rush of these individuals but his wife and autistic son.”

Judge John Meinhofer said in court on Tuesday that he believes this situation could have been avoided if Lockner wasn't drunk.

“I’m looking at his criminal history and this looks like a guy to me who likes to get himself drunk," Meinhofer said. "He has several past DUIs, and then obviously he has gotten into dustups over the years, and now he is getting into a dustup on a bus with a bunch of teenagers at Haunted World and then he pulls a gun out."

Meinhofer issued a no-contact order between Lockner and the group of teenagers and set Lockner’s bond at $25,000 under the condition that he doesn’t drink.