“It’s not surprising that people will stand up for the Anne Frank Human Rights Memorial, it’s a beloved place here in Boise." 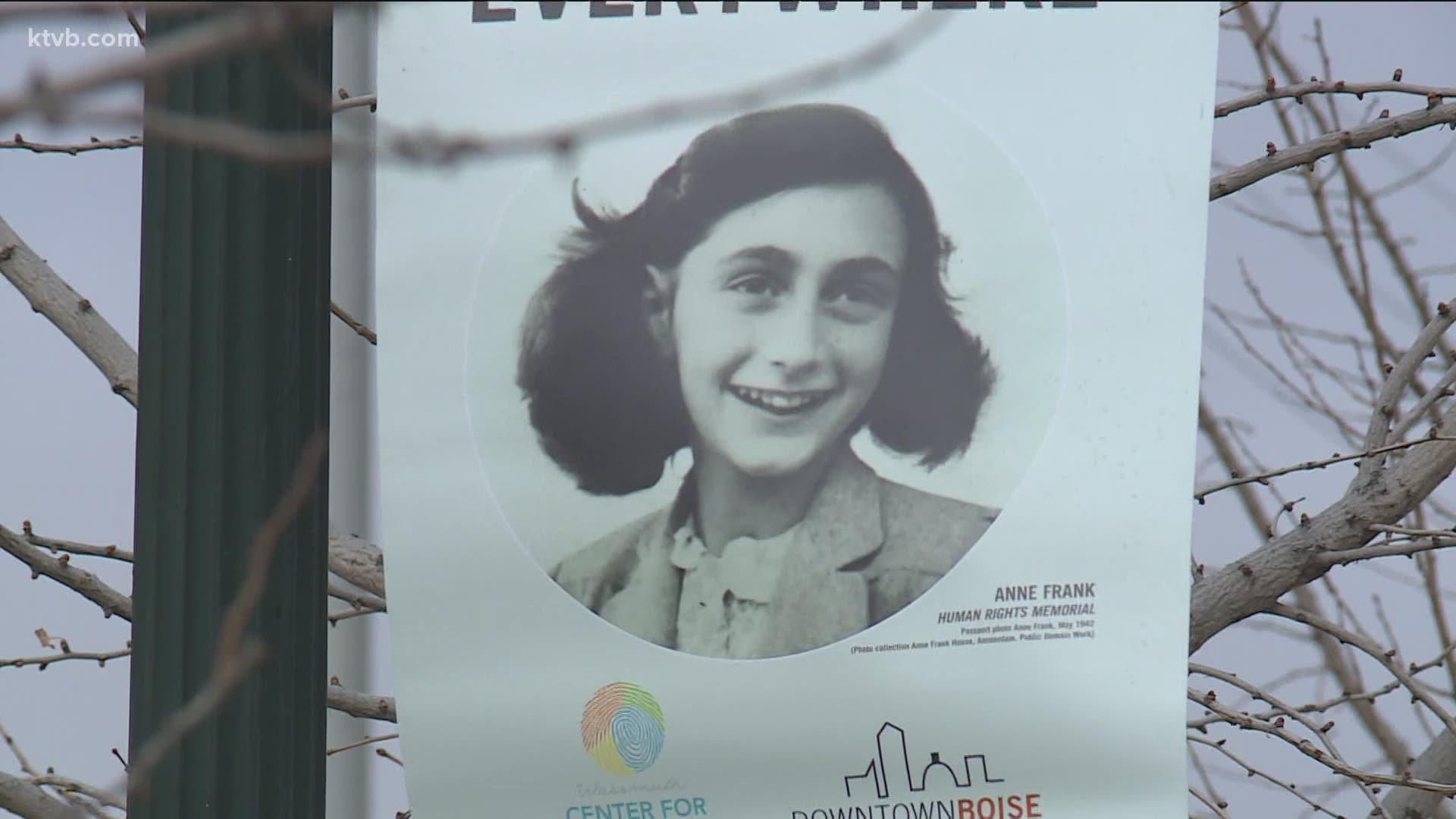 BOISE, Idaho — A total of 60 banners are up on Capitol Boulevard and Myrtle Street in downtown Boise, several of them surround the Idaho Anne Frank Human Rights Memorial.

The banners were put on by the Downtown Boise Association and the Wassmuth Center for Human Rights to spread a message of love and inclusivity, following the devastating vandalism that occurred at the memorial on Dec. 8.

Executive Director for Downtown Boise Association Jennifer Hensley said the minute she saw the vandalism at the memorial dozens of business owners and community members reached out to her, wanting to make it known that the hateful act does not represent the people of downtown Boise.

Within days Hensley began preparing the project to create inspiration and uplifting messages in the memory of Anne Frank.

“The people of our downtown, that’s not a message that they themselves hold,” she said. “After it happened, I just felt like we needed to do something, I wanted to do something that was visual and really out there”.

The banners went up on the first of January, they read "Love is everywhere" and "We choose love" and "We are everywhere".

Russ Stoddard is a founder of Oliver Russel & Associates, a branding agency in Boise and he played a big part in helping the memorial get on its feet in 2002.

“It’s not surprising that people will stand up for the Anne Frank Human Rights Memorial, it’s a beloved place here in Boise, not only the physical experience of it but what it stands for,” Stoddard said. “If you don't stand up for someone else's human rights, you put your very own human rights at risk”.

Both agreed that the banners were intended to bring messages of courage during a time of uncertainty.

“She has this happy, gleeful look and I think to me it's showing that even though we are in this time of tribulation, there are good things to be found, there are good people to be found and there is love all around us,” Hensley said.

“The banners are just one more example of the Boise that I so patiently love, using art and beautiful design and imagery to actually make a statement and stand up for human rights and social justice in our city,” Stoddard said.