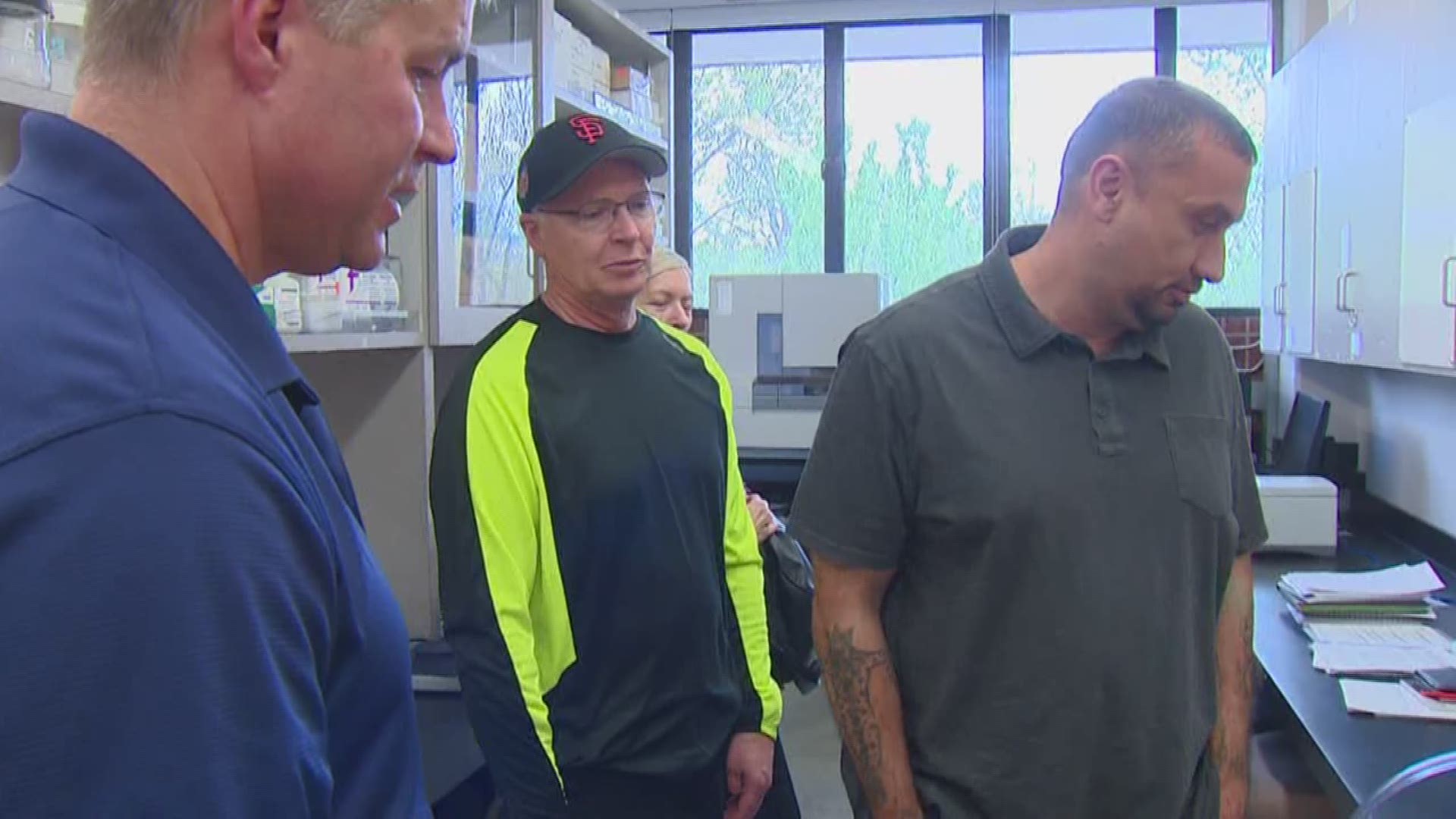 It’s been just over a month since an Idaho Falls man was released from prison after more than 20 years.

Chris Tapp was convicted of the 1996 murder and rape of Angie Dodge in her Idaho Falls apartment, and Tapp walked from a Bonneville County courtroom as part of a plea deal in March. A judge vacated the rape charge and resentenced him to time served for the murder.

Tuesday Tapp got to learn more about a piece of technology that played an instrumental role in his release.

"The M-Vac was used in the Angie Dodge murder. Recently. Very recently. To look at the, re-look at the evidence," Dr. Greg Hampikian, the director of the Idaho Innocence project said.

The M-Vac allowed forensic scientists to test DNA they were not able to test before. The M-Vac collects DNA. The company’s president, Jared Bradley, said it works like a carpet cleaner.

"It sprays a sterile solution down and vacuums it up, so whatever target material you're looking for skin cells, blood, semen, saliva," he said.

“What we do in the field is dip the swab in water and wipe and you collect a little more [DNA] that way,” Hampikian said. “But let’s say it’s on a piece of clothing; I want to get the DNA. Then you want to use the way you clean clothes, right? Which is you inject a liquid and you suck it out."

Re-looking at the evidence in the Angie Dodge murder, Hampikian said none of the DNA found at the scene belongs to Tapp.

Ever since his 1998 conviction, people have question Tapp’s guilt. Different advocacy groups have worked on his case, including the Idaho Innocence Project, which examined the DNA.

"Grateful that he [Bradley, the president of M-Vac Systems, Inc.] was able to produce a technology that was able to make this happen,” Tapp said. “I'm very lucky, you know, most people would never understand that after wasting 20 years of your life in prison, but I'm very grateful and lucky for what I am and who I am today."

Now Tapp is starting a new job and said he’s slowly trying to catch up on the 20 years he missed out on. But for Tapp, he said the biggest thing people need to remember is the case.

“Everybody is excited and happy that I'm released and free, but also on the other side of the coin they’re forgetting the most important thing: There's still an unsolved murder."