There's a national movement known as "The Last Plastic Straw" that wants to get rid of them to better the environment. 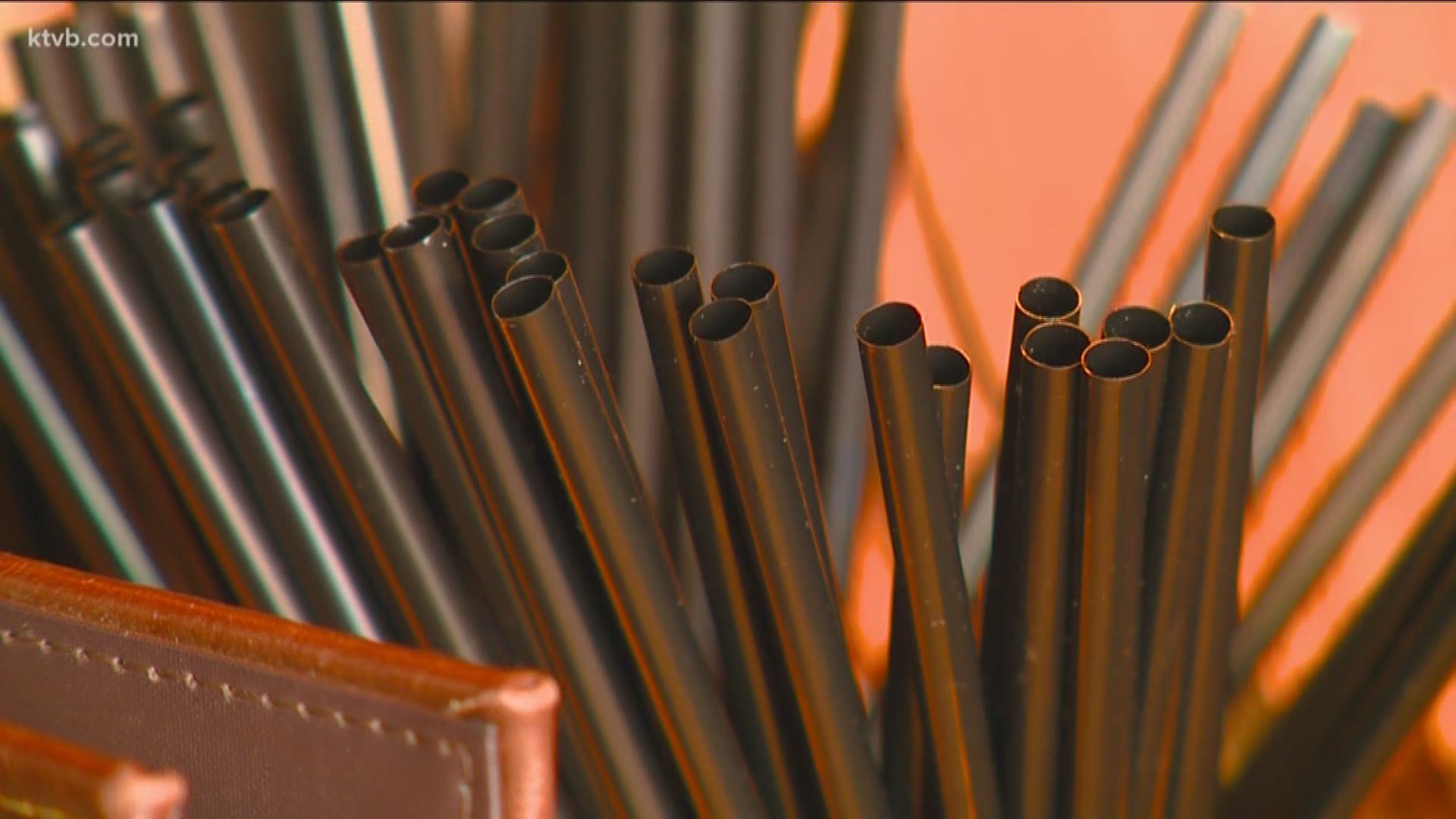 BOISE - When you order a drink at a restaurant or bar it typically comes with a straw, but those days may soon come to an end.

There's a national movement known as "The Last Plastic Straw" that wants to get rid of them to better the environment.

It's catching on in the Treasure Valley.

Bittercreek Ale House and Red Feather Lounge, both operated by the same owner, are working to be more environmentally friendly. The latest idea to meet that: Phasing out plastic straws and drink stir sticks.

“Plastic straws are not recyclable,” said Amy Lyons, sustainability director for the restaurants. “The plastic in them is too thin to actually go through mass recycling machines, so all plastic straws actually end up in the landfill.”

Something those with the Plastic Pollution Coalition said needs to be addressed.

"For the U.S. alone, it's 500 million a day,” said Jackie Nuñez, the founder of “The Last Plastic Straw” and program manager with the Plastic Pollution Coalition. “That's enough straws that if you put it would wrap around the circumference of the earth two and a half times."

While many hope to reduce the use of plastic, they’re not trying to get rid of straws. They're just trying to change the choice of product.

“We don't want to shame anyone for using a straw,” Lyons said. “There are people who need straws for accessibility.”

So, they’re switching over to paper straws.

“Which is super fantastic,” Lyons said. “It actually lasts 40 minutes to an hour in an alcoholic drink and it decomposes in 30 to 60 days in a landfill."

Customers just need to ask for one.

“You're more than welcome to a straw. That's not a problem at all. We'd be happy to give you one,” Lyons said. “We're just trying to facilitate that conversation of why we're moving from plastic to paper which really revolves around our landfill and single-use plastics.”

During the coming weeks, customers at Red Feather Lounge and Bittercreek will still see plastic straws. They’re using the rest of their inventory and will start using the paper ones once that is gone.