Andrew and Andrea Anderson say they thought they were buying land for their future motocross complex. But now they're stuck with the wrong property. 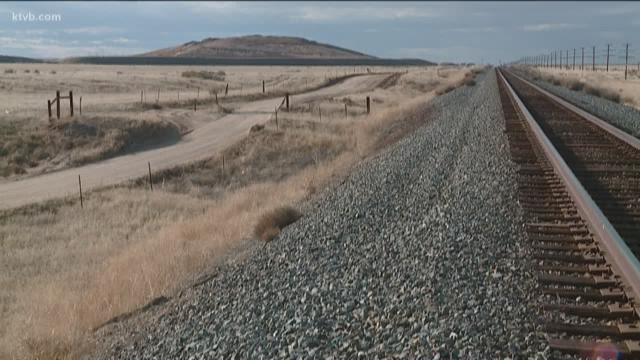 ELMORE COUNTY -- A Boise County couple is suing a local real estate company for selling them the wrong land in a real estate deal gone bad, ending with the hopeful buyers getting the wrong bang for their buck.

Andrew and Andrea Anderson say they thought they were buying 160 acres for their future motocross complex, which would provide a place for riders that they say doesn't exist in the area currently. The property was worth $80,000, and the couple says they have invested around $18,000 so far.

Now they're stuck with the wrong property - property that is split on both sides of a railroad track, has very limited and poor access, and is right next to a landfill.

KTVB reached out all real estate companies involved but was told they can't talk about anything because of pending litigation. They did say, however, they are working to get the issue resolved.

"Our entire life is being destroyed and we're the only ones suffering," Andrea Anderson told KTVB. "It was our worst nightmare. And it happened."

It seemed too good to be true.

"Now I have this huge property that I'm supposed to have all these tracks done on and everybody is looking forward to. And we were really going 100 miles an hour once we thought we had that property because it was just perfect," Andrew Anderson said.

As they embarked on a new journey of starting a new business, TMA Racing, LLC, and a non-profit for disadvantaged riders, the Andersons say they trusted the professionals to settle the deal.

"We were secured everything was supposed to be running smoothly by taking the step of going with Keller Williams," Andrea said. "We went over it over and over and over again. I asked even directly, is this a scam, is this really the property? Everything was just going so smoothly."

Little did they know, the property they now owned wasn't what they thought they bought.

"To actually have a professional looking at those things really put my mind at ease and I was able to focus more on the business itself," Andrew said. "I had no reason to ever suspect the land I was actually buying was what we're standing on now."

"There were several hands that should have caught this," Andrea added.

The family didn't realize the major mistake until they got a message from an upset landowner after putting their sign up on what they thought was their future motocross complex site.

"We had been out here so many times looking at it and walking the property," Andrea told KTVB.

"It was complete negligence that we ever even got to closing," Andrew said.

"We didn't realize the surveyor had never even been out here," Andrea added. "Had he been out here prior to that we probably would have known before the property was actually closed on."

KTVB learned Century 21 offered to show the Andersons' real estate agent the property, but she allegedly did not take them up on that offer.

The Andersons feel Century 21 is to blame for advertising the wrong property, but they're suing Keller Williams Realty because after finding out about the mix-up, they say they were lied to.

Text messages provided in evidence show their agent told them multiple times she was working to get the sale reversed and that she'd been in contact with the seller and listing agent. Later, she came back to the couple and told them the seller no longer wanted to undo the sale. But the Andersons allege none of those conversations between their agent and the seller or listing agent happened in that manner.

"We were told repeatedly your money is coming back," Andrea said. "Keller Williams is the ones who continued the lie, continued to manipulate us. It was hurtful, honestly, because she had our full trust.

"I said if you do not get this flipped around this is going to be extremely bad for my family. We can potentially lose everything. And that was a year ago and they continued to - throughout process talking to her - telling us that we were going to have it reversed. We trusted them. Unfortunately it was lies," Andrea added.

So what now? Now that they don't have their business up and running and can't use this land?

"Everything is up in the air honestly," Andrea told KTVB. "The land is just not usable for us. It has to go back... We would have to put so much money into being able to do this and to not even have an access, it doesn't make sense."

We are told Keller Williams did later offer to give the couple their money back on the property, but the Andersons do not feel it is enough and the "damage has already been done".

"They wanted to just at this point give us our money back and let bygones be bygones and let us just move away from this situation" Andrew said. "Now we're almost a year later it's gotten a lot more complicated than just simply we'll just reverse this and be done."

Along with taking legal action and pursuing monetary payment, the Andersons are reaching out to the public, asking for guidance.

"Now it's kind of standing here reaching out to the public saying, what do we do in this situation? Because we feel we've been horribly wronged. But is that just our perspective?" Andrew said.

Again, the Andersons' agent, Keller Williams Realty, and Century 21 Southern Idaho Realty all declined to talk about the situation with KTVB right now.