Jodi Lewis owns LucyLews and has been selling vinyl wall decals on Amazon since 2016. 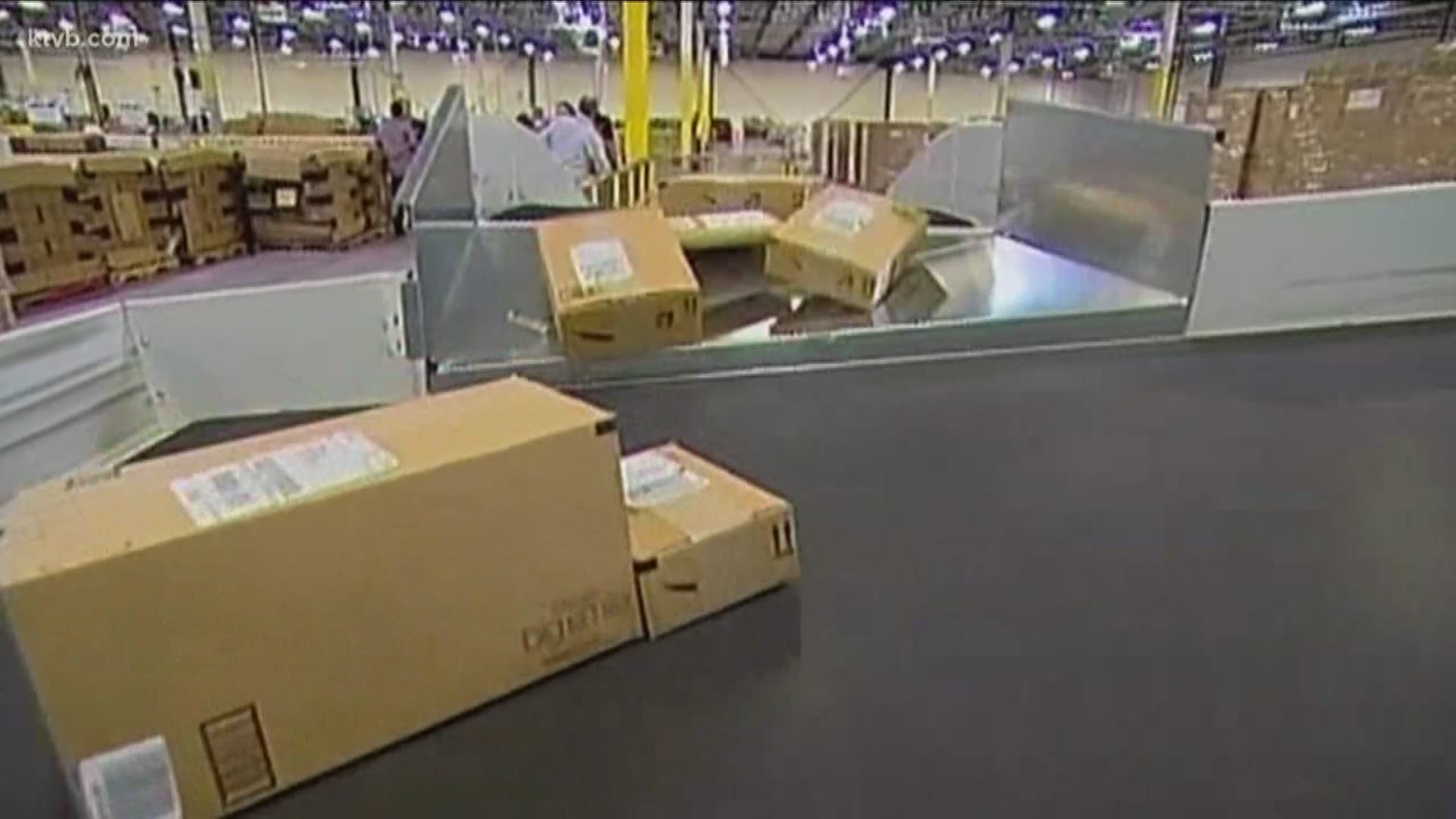 CALDWELL -- Millions of small and medium businesses from around the world sell their products on Amazon every day, and one of those businesses is here in the Treasure Valley.

Jodi Lewis owns LucyLews and has been selling vinyl wall decals on Amazon since 2016.

With speculation about the company opening a distribution center in Nampa, Jodi couldn't be happier!

“Because we're in Idaho we don’t really have a close distribution center I always usually send to California or Texas,” Jodi says.

PREVIOUS: Is an Amazon warehouse coming to Nampa?

Panattoni is the same company that has built Amazon distribution centers around the world.

KTVB spoke with Nampa’s economic development director about the possibility of an Amazon distribution center in Nampa but was told city council can't comment because of a non-disclosure agreement.

Right now, Jodi has to pick, pack and then ship her products to Amazon. She then waits a week or two before it appears online. However, if there was a distribution center in Nampa, "I could just run down there with my product in hand and they would be put it into inventory within a day or two,” says Jodi.

A local Amazon warehouse would save business owners like Jodi time, and it would also cut down on shipping costs.

"Luckily my products are fairly light in weight, so the cost is pretty minimal, but I know some people who sell 30- to 40-pound products,” says Jodi.

It would be a win-win for local business owners who use Amazon and for the customers trying to buy products.

“When you buy products from Amazon, it doesn’t mean you're buying from a big manufacturer, you're also supporting me here in Caldwell, Idaho,” says Jodi.

KTVB still working to get confirmation on whether the plans for that warehouse are indeed, for an Amazon distribution center.