Legacy of the Civil War in Idaho

A Boise State historian says many confederates settled here after the Civil War and there is actually numerous confederate place-names around the Gem State. 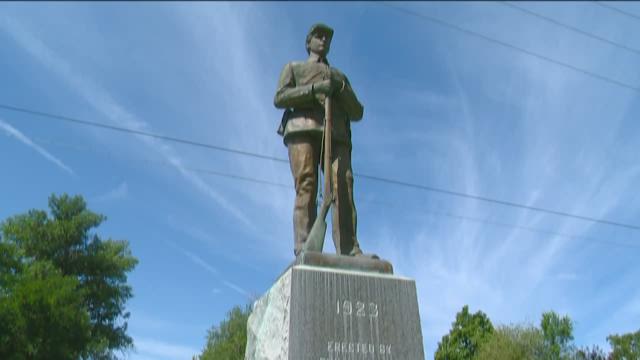 After the deadly white nationalist rally in Virginia, there has been a push to remove Confederate statues and monuments around the nation.

So what is Idaho's legacy in the Civil War and how do people here feel about it?

KTVB spoke with historian Todd Shallat, a professor at Boise State University, about the issue.

Shallat says many Confederates settled here after the Civil War and there is actually numerous Confederate place names around the Gem State, and what they symbolize to certain groups today is almost more important than what they represented in the past.

And the fight over them in Idaho has already begun.

You may have noticed the old Civil War cannon mounted on the Idaho Capitol lawn.

“Legend has it in Boise that it was a Confederate cannon used to defend Vicksburg, which is one of the main battles in the Civil War, but in fact it was a union cannon, a sea coast gun, one of the biggest ones used in the Civil War that was used to pound the Confederacy into submission,” says Shallat.

The heavy artillery is just one monument in Idaho dedicated to the Civil War.

While it represents pro union, there are a number of places in Idaho named after Confederate battles, and figures such Atlanta, the Robert E. Lee Campground, Leesburg, three places named Dixie and even Grayback and Confederate gulches.

“Idaho had a pro-union and a territorial government and pro-Confederate territorial legislature,” says Shallat.

Many of these symbols of Confederacy in Idaho and around the nation have been appropriated by different groups for different reasons.

Shallat believes the fight over these monuments is a fight about today and not what happened in the past.

“It's certainly true that white nationalists, and before them, the Klan, used the Civil War in a simplified version to make the stereotype southern culture as one thing as pro-slavery and to use those symbols to argue that white supremacy is in America's founding principles," says Shallat. "We see that many people in America look at those symbols of the Civil War and they see oppression, oppression against blacks for example, and many people look at those same monuments and see white heritage.”

While there hasn't been a major push in Idaho to rename some of the Confederate-labeled places, there has been an effort to change other references in Idaho, which some consider racially offensive, such as numerous place names using the term "squaw" and the mural of an Indian being lynched in the old Ada County Courthouse.

“That's a really good example because there has been many Idahoans including the U of I law school that want to remove the mural but the mural was an expression of a particular way of seeing history at a particular time,” says Shallat.

While some think these monuments and place names should be preserved as historic reflection of the past, others debate whether they have a place in today's society.