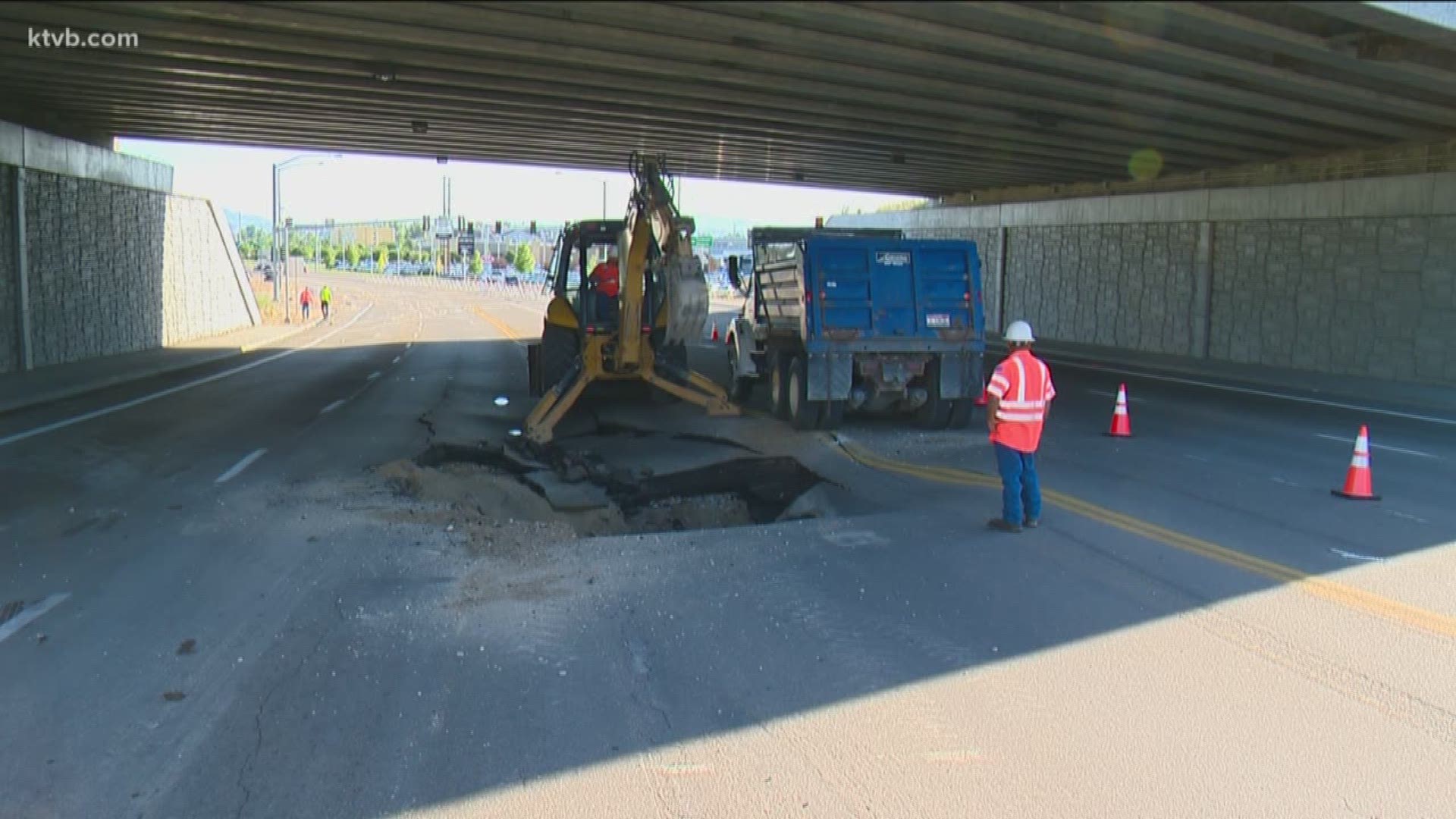 NAMPA -- Traffic is being diverted after a water main break caused a large sinkhole to appear on Garrity Boulevard in Nampa Friday morning.

The break happened at the Garrity underpass beneath Interstate 84.at about 3:40 a.m., causing a major chunk of the asphalt to collapse into the hole. Northbound traffic is being allowed through, but the southbound lanes are completely blocked.

The sinkhole is not affecting traffic on I-84. The Garrity exit from I-84 remains open, but drivers will not be allowed to turn under the underpass.

Traffic is being diverted around the closure. Crews are on scene now, and have shut off the water.

The Nampa City Council approved emergency funds to repair the piping and road, and officials said contractors will be working around the clock to complete the work as soon as possible. Road repairs are expected to be done by Monday morning.

Possible sinkhole in the area of Idaho Center Blvd. and I-84. The road will be shut down. You won’t be able to access I-84 southbound from Franklin on Idaho Center. Northbound traffic will still be able to get on to eastbound I-84. Idaho Center is shut down just north of I-84. pic.twitter.com/hETDtLKowG