David Carmack Lewis is an artist from Portland who has been hired to paint a mural on the Fowler apartment project. 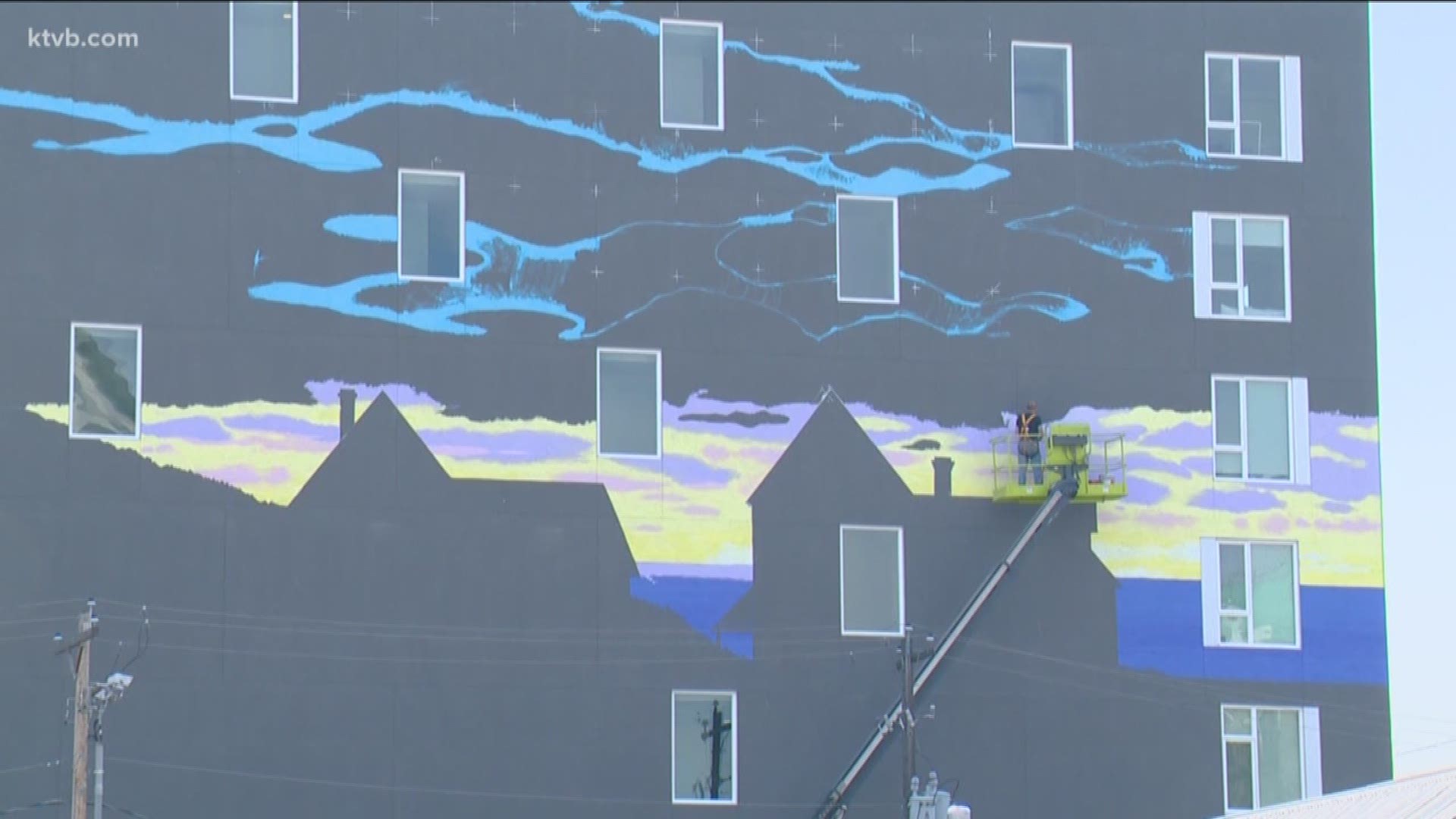 BOISE — You might have seen a new mural if you've driven through downtown Boise in the last few days.

The mural is being painted on the new Fowler apartment project facing Myrtle Street.

David Carmack Lewis is the artist.

He tells us that he gets up and starts painting around 5:30 in the morning and then stops around two in the afternoon when the sun comes out in full force.

David is from Portland but this is his second mural here in Boise.

You might be familiar with his first mural. It was the water cooler project -- also downtown.

David started work on the Fowler project on Saturday and has already made a lot of progress.

He says, when it's all done, it will pay tribute to the past by showcasing the old Fowler houses that are now gone.

We asked David how he wants people to feel when they see it.

"I want them to be drawn in, you know I want them to just kind of like, do a double take and want to come back and you know, I want it to be something that people driving by will just glance up and go, 'Oh,wow! That's cool!' And maybe want to get out of their car at some point and spend a little time looking at it, too," he said.

In case you're wondering, the installation is four stories tall and about 140-feet across.

There's talk of it being one of Idaho's largest murals. And it will cost the developer $60,000.

David says he hopes to have it done by September because that's when the lift has to be returned.