"He just has so much respect for the uniform," his mother said. 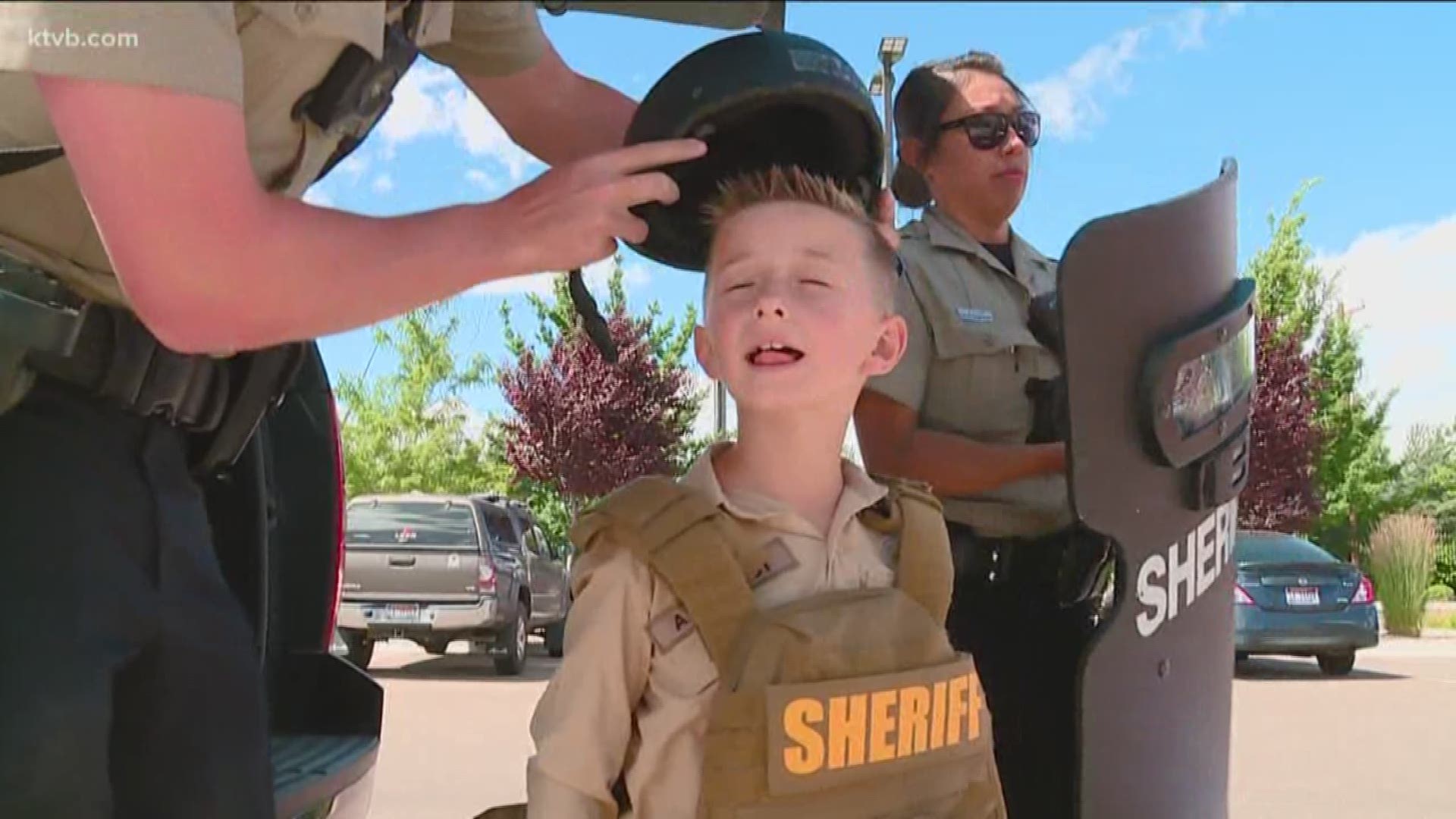 MERIDIAN, Idaho — A little boy, who is a cancer survivor, had his dream come true. He wants to be a police officer when he grows up, and since he's only 6-years-old, he got the next best thing.

The Leukemia & Lymphoma Society, Idaho Chapter, named Aden Schmidt "Boy of the Year." He was given his own uniform during the gala so he was prepared for a visit to the Meridian Dispatch Center.

It was quite the day for Aden when he showed up. Ada County dispatchers and sheriff deputies greeted him, and Sheriff Stephen Bartlett. They went all out to make the little boy's day.

"He just has so much respect for the uniform," Sheri Schmidt, Aden's mother, said.

She says it's been a long journey for Aden to get to this point.

"Aden was diagnosed Halloween of 2014 with T-cell lymphoma," Schmidt said.

He was only two years old at the time. They were in and out of the hospital for three years, and are now leading a more "normal" life.

"We're just about ready to hit that five-year mark which is huge in the cancer world," Schmidt said. "No long-term effects, which is even better."

To celebrate, Aden had fun being a deputy and dispatcher for the day, and he shared the experience with his older brother and little sister.

"This was amazing," Schmidt said. "Everything from being able to play with the dogs, trying on the vest, to the hat, to the shield, to being in the car and pushing the siren and looking at the computers, I mean, it was so hands on."

Aden was pretty shy during the experience, but Schmidt says once the cameras were gone he wouldn't stop talking about how much fun he had.

"I think not only Aden was inspired but his brother and sister which was pretty awesome," Schmidt said. "I might have three little police officers here."

Aden turns seven next month and will start first grade in the fall.

Schmidt started a nonprofit called Shinecology. It connects pediatric families to each other in times of need.