After Grasen's family was forced to cancel his 6th birthday party, friends and neighbors came together to make sure his day was still special. 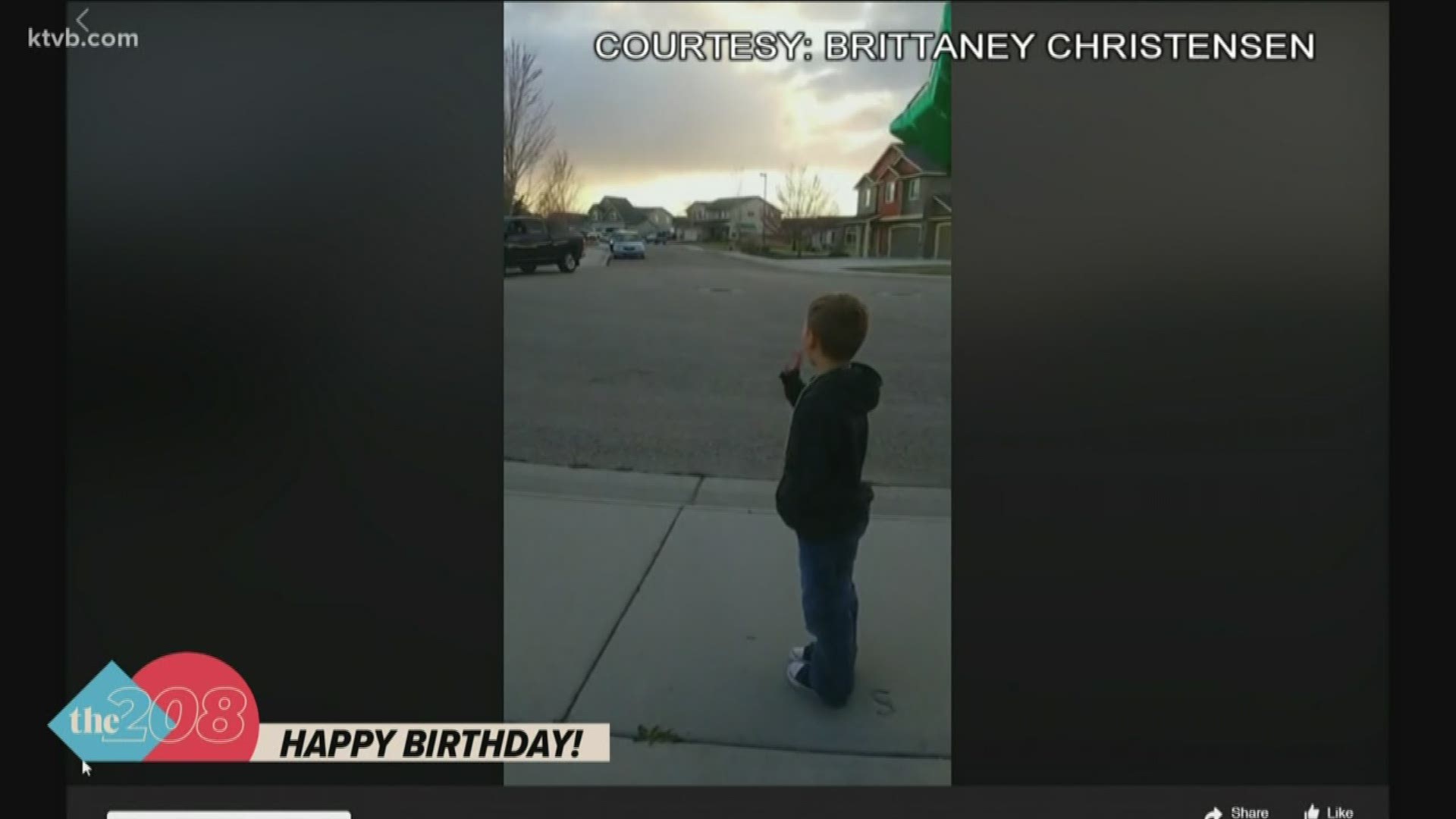 KUNA, Idaho — A Kuna family came up with a unique way to celebrate their 6-year-old's birthday recently.

Brittaney Christensen said she had to cancel her son Grasen's birthday party after Idaho Gov. Brad Little issued a stay-at-home order that banned social gatherings. But she still wanted to make sure that his day was special.

Christensen reached out to friends and neighbors, asking them to help Grasen celebrate social-distancing style.

RELATED: Boise couple says 'I do' in precautious driveway ceremony

They drove by the birthday boy, waving, flashing their lights and honking horns. Some held signs, or passed gifts to Grasen out the window.

Christensen posted a video of the party caravan on Facebook, writing that she was blown away by the response.

"We're so so thankful for so many friends, family and complete strangers who came to join in!!!! Far exceeded what we ever thought!!!!" she posted. "Grasen has been talking about it all night. Thank you everyone!!!!!"