This year, a cycling time trial, featuring the world's best, will be held the day before the Twilight Criterium. 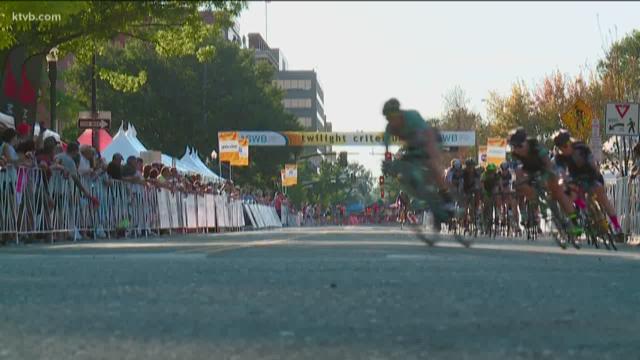 BOISE - Three-time Olympic gold medalist Kristin Armstrong got her big break in the HP Women’s Challenge more than 15 years ago. Now, she wants to help future riders and possibly Olympians showcase their riding abilities in a new time trial.

“Make Boise a better destination for a weekend of bike racing. We decided to create this new UCI time trial. Obviously, it only makes sense for someone like Kristin to be attached because that's how she won her gold medals,’ said Cooley.

Every year professional cyclists work to gather UCI points to help them qualify for the cycling world championships and even the Olympics.

“That's what makes this race very important because the riders garner these points and then they can garner another spot for their country,” said Cooley.

The Twilight Criterium has taken place in downtown Boise for over 30 years. However, as the national race calendar for cycling continues to grow, Cooley says so does competition for professional athletes to come to the City of Trees to compete. It’s one of the main reasons they’re adding the Chrono Kristin Armstrong Time Trial.

The time trial will start at Hunter’s Creek Sports Park in Star and finish up at the Firebird Raceway off Highway 16.

“Great opportunity for people to see what Star has and what Star is and I think the opportunity for Star to be able to have people from out of town and from around our valley come in,” said Star Mayor Chad Bell.

The race also serves as somewhat of a fundraiser for the city of Star.

“Entry fee is $75 and $50 of every entry fee goes back to the Star Parks and Rec Department,’ said Cooley.

A time trial that should make for a fun weekend of cycling.

“There will be riders in Boise doing the time trial that will be doing the Olympics in Tokyo,” said Cooley.

The hope is for the race to eventually become an Olympic qualifier.