The alleged culprit left a note saying they are doing it to spur "liberal angst." The library said it doesn't want to ban the patron. 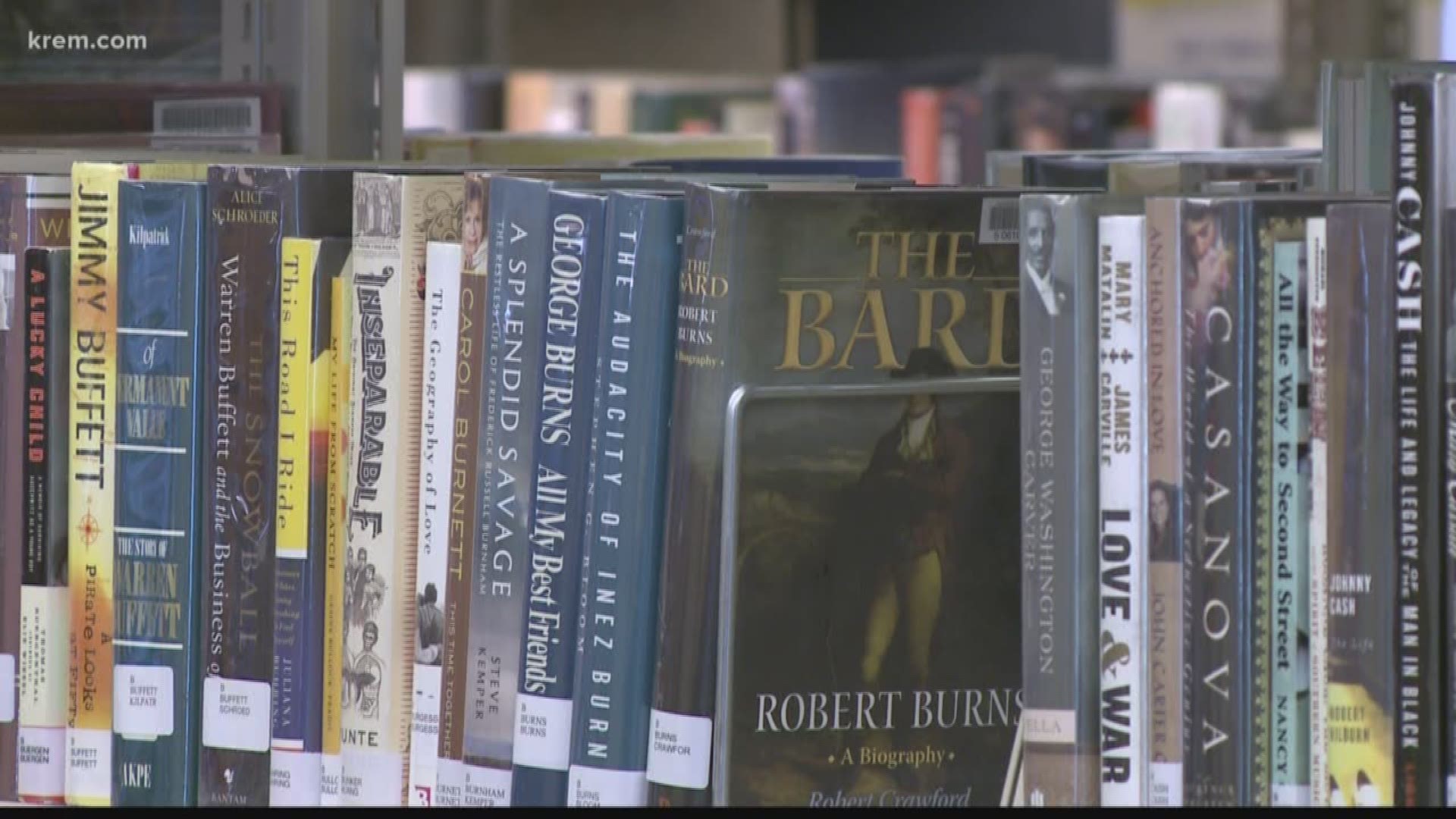 COEUR D'ALENE, Idaho — The Coeur d'Alene Library said someone is continuously tormenting staff by maliciously misplacing and hiding books in different parts of the library.

“In this case, they’re books that are critical of the president and the current administration," said Coeur d'Alene Library Director Bette Ammon.

Ammon said that her staff has diverted "valuable time" to reorder and replace the books on displays and return them to their proper shelves in the nonfiction section.

On Monday, staff found a copy of a book titled "Commander in Cheat: How Golf Explains Trump" removed from a display shelf. Another library title that's often removed, according to Ammon, is "Fire and Fury," the controversial book which detailed a "behind-the-scenes look" of the Trump Administration made headlines at the time of its release last year.

“We’ve found [the books] at the end of the fiction section, hidden behind the ‘W’s’ in a real secret place,” said Ammon. In one instance, staff found hidden Trump books stashed below a dictionary shelf.

Ammon suspects a lone and apparently spiteful library patron is to blame. An anonymous comment posted to the library's public comment bulletin board read as follows:

"I noticed a large volume of books attacking our president. I am going to continue hiding these books in the most obscure places I can find to keep this propaganda out of the hands of young minds. Your liberal angst gives me great pleasure."

In a comment responding to the book-hider, Ammon said that the library "tries hard to purchase well reviewed books on all sides.”

“We serve a diverse community, so we buy a lot of different books,” said Ammon, noting that some of the books the person disagreed with were requested by other library guests to begin with.

“These books keep disappearing and we keep buying new copies because people keep wanting them. And then we find the find the hidden copies," Ammon said. "So it’s not really working well for the person who wants to keep other folks from reading.”

Ammon said that the issue was bigger than politics and is inappropriate no matter what type of subject or political viewpoint was discussed between the pages.

“It would be the same problem," she said. "Anybody who takes away the opportunity to read from someone else, whether they steal a book, check it out and don’t return it, or hide it. They’re destroying somebody else’s right to read.”

While the library would like to see the behavior stop, Ammon said she'd simply like to have a conversation with the person who's responsible for hiding the books.

Asking the person to not come to the library is an option Ammon doesn't want to explore.

“It would be much more advantageous to all of us to have a conversation about ‘Tell us about books you want the library to have.'," she said.

Ammon did her best to convey that message.

In her response to the hider's bulletin board comment, Ammon wrote: “If you have recommendations on titles you’d like the library to buy, please let us know."

So far, Ammon says she's waiting for a response.