Crews were on scene at the airport working to rescue someone from inside the crashed experimental, ultralight aircraft. 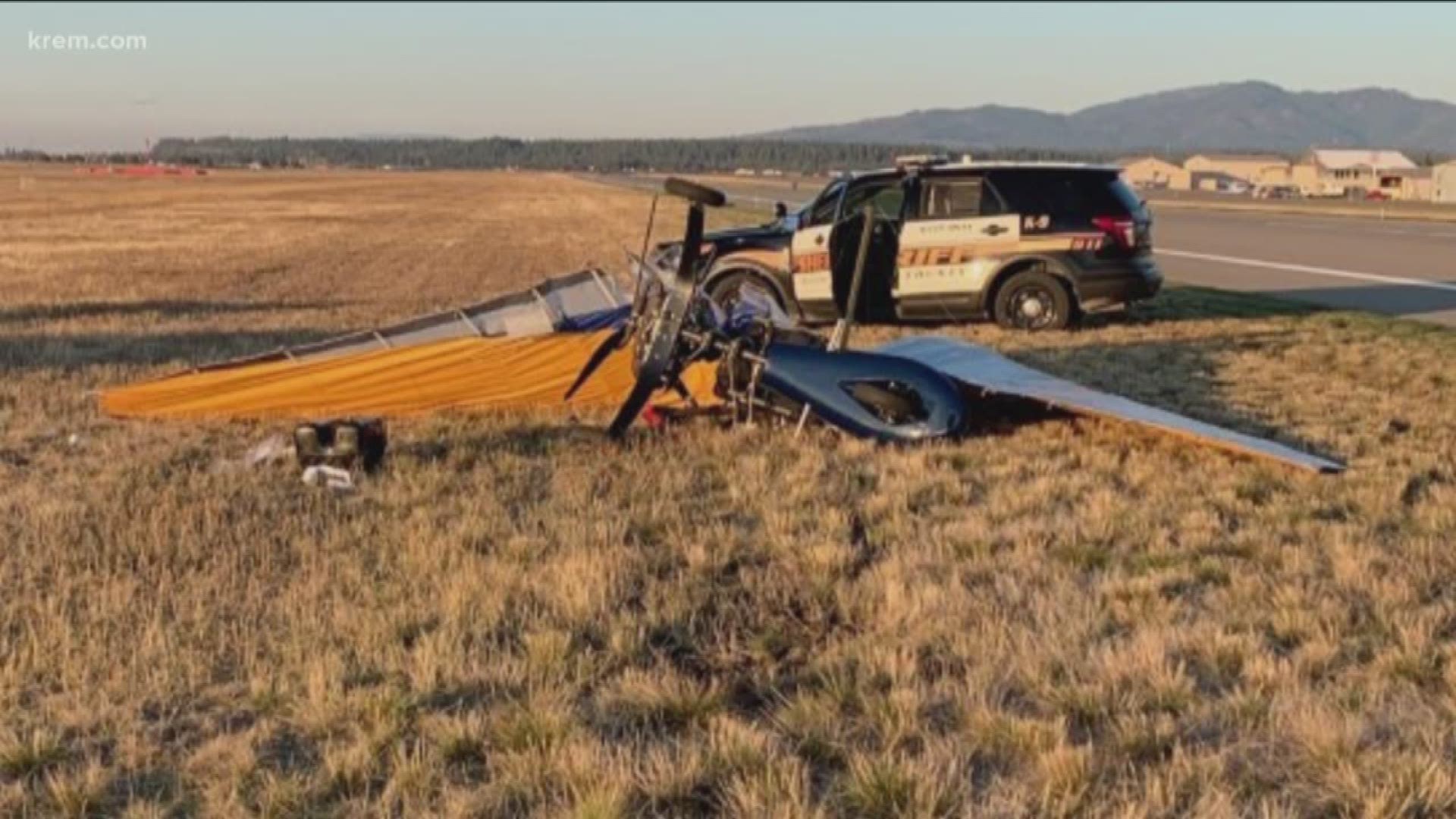 COEUR D'ALENE, Idaho - One person is in serious condition after an experimental aircraft crashed at the Coeur d'Alene Airport Friday afternoon.

Crews were on scene at the airport working to rescue the pilot from inside the crashed experimental, ultralight aircraft, the Northern Lakes Fire District said.

"When the crews found him, the plane was located on top of the patient. How it happened or if he was landing or taking off, I do not know," said Chris Larson, who is the Deputy Fire Marshal for the Northern Lake Fire District.

The pilot was removed and taken to Kootenai Health with critical injuries, according to Chris Larson with the North Lake Fire District.

The pilot, identified as Thomas Stotts, 51, of Spokane, overturned his aircraft during the low level stages of take-off, an initial investigation revealed. Stotts' aircraft crashed into a field off the runway inside the airport, the Kootenai County Sheriff's Office said.

One of the runways at the airport is closed due to the crash, although there is still a second lane open. Fire crews from several agencies are at the airport working the crash.

Larson said this type of incident is rare for the Coeur d'Alene airport.

"Coeur D'ALene airport has a great history of safety out here. As being in the fire district for 20 years, this is a very rare event," he said.