Lizzo's September 13 concert at the Knitting Factory Concert House has now been moved to the Revolution Concert House. More updates on other scheduled performances to come. 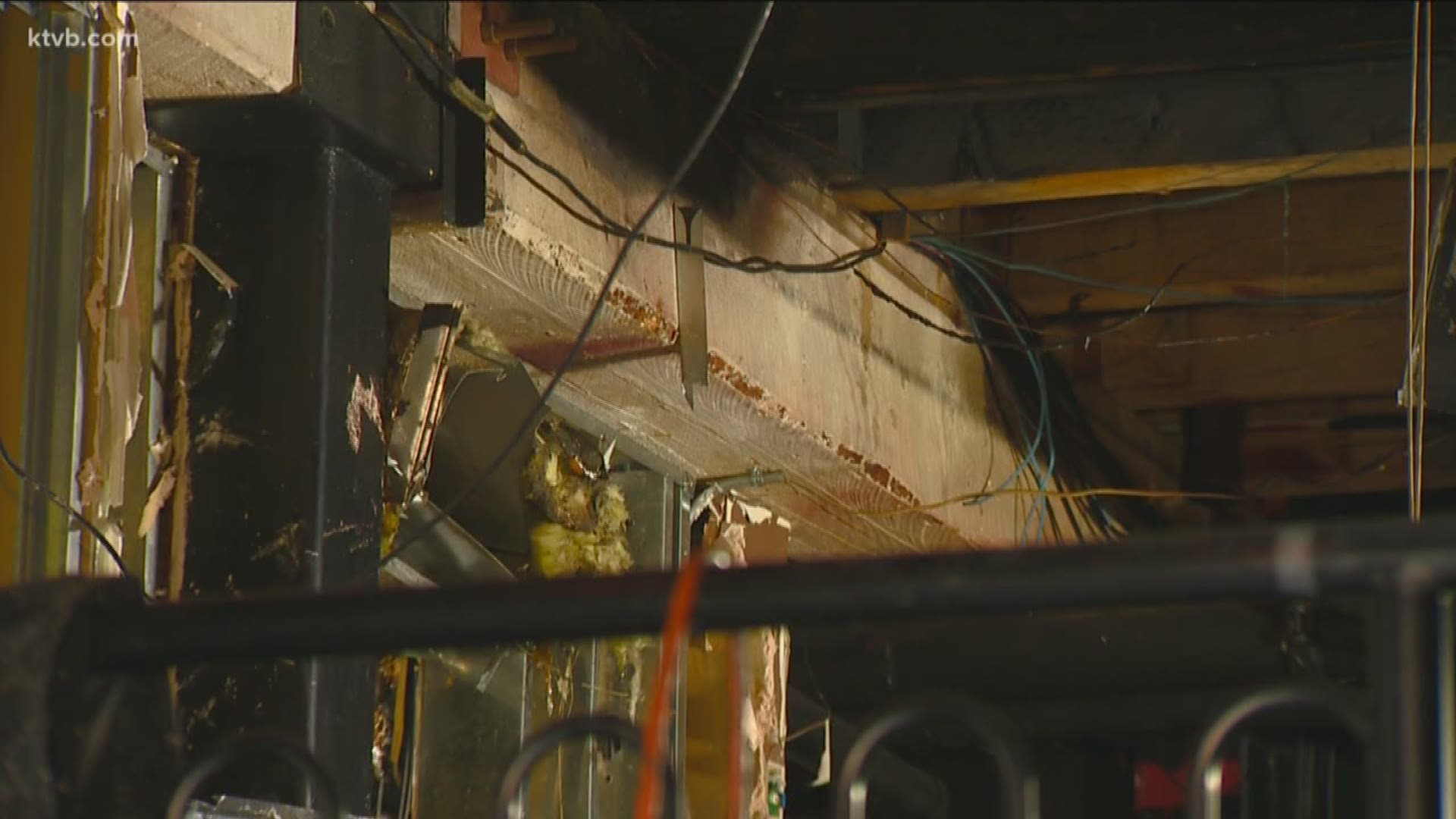 BOISE — A row of businesses from Myrtle to Broad in downtown Boise remained shut down on Wednesday after a fire tore through the popular music venue, The Knitting Factory.

Shattered windows faced the alley outside.

While inside, torn down vents, hanging wires and ripped out drywall filled the space.

“Luckily, it hadn’t gotten to the entire structure,” Captain Kent Jones, Boise Fire Department said. “It was actually in the floor joist space and from the underside; that was all covered up by heating and air conditioning ducts so we had to cut the floor above it just to access the real body of the fire.”

The flames escaped the duct, burned the wood floor joist on the second floor and into the wall, according to a Boise Fire Department press release.

Business owners, like Daniel Rhodes, watched and waited on Wednesday for crews to restore power at nearby businesses.

Daniel is the managing partner for Ha'penny and Happy Fish. Two of the businesses impacted by Tuesday’s fire.

“It was surreal to come around the corner and see smoke billowing out of the Knitting Factory,” Rhodes said. “We've got some smoke damage in the building but from the sounds of it, it seems like the restoration crews will be able to clean it up pretty well.

On Facebook, The Knitting Factory thanked the Boise Fire Department and the community for their support.

Lizzo's September 13 concert has now been moved to the Revolution Concert House.

Three people were treated and released for minor smoke inhalation. One firefighter was also treated for a cut to his hand.