Kimberly police officer taken to hospital after crash on Highway 30

Police say a driver failed to yield at a stop sign and crashed into the officer. 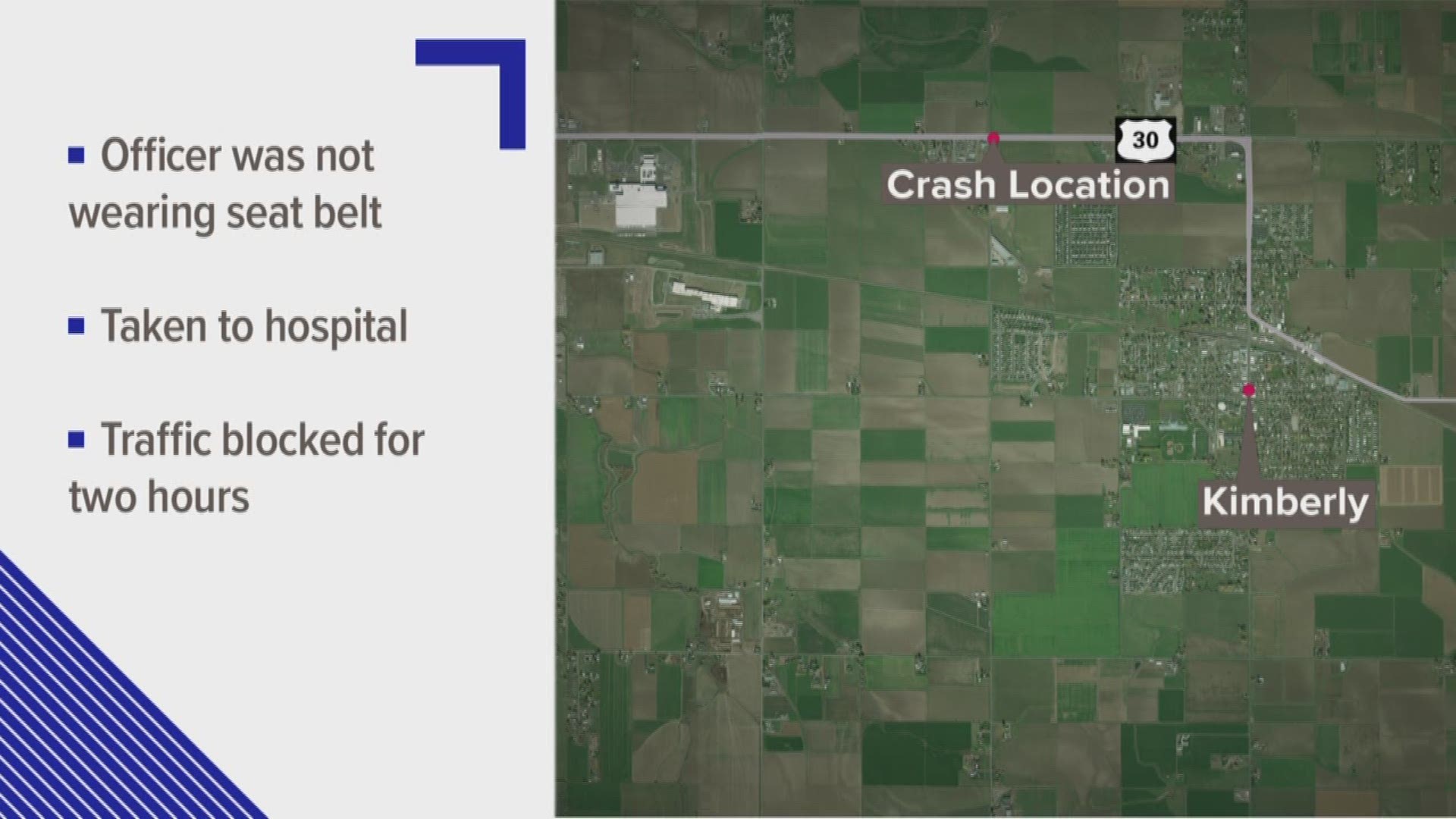 KIMBERLY, Idaho — A police officer with the Kimberly Police Department was taken to a Twin Falls hospital Monday afternoon after he was involved in a two-vehicle crash.

According to Idaho State Police, Officer Tyson Damron was driving east on the highway when a driver pulled out on the road and collided with the patrol car.

The driver, identified as 20-year-old Hope Johnson of Twin Falls, failed to yield the right of way to the officer, police said.

Both vehicles came to rest on the shoulder of the highway.

Damron was not wearing his seatbelt and was taken by ambulance to St. Luke's Magic Valley Medical Center. There is no word on the extent of his injuries.

The eastbound lanes of US Highway 30 were blocked for about two hours while crews worked to clear the scene.

RELATED: ISP: 1 dead in crash on Highway 95 near Payette