The actor "will share a glass of wine, tell stories, answer questions or even teach a few karate moves," during the 15-minute call. 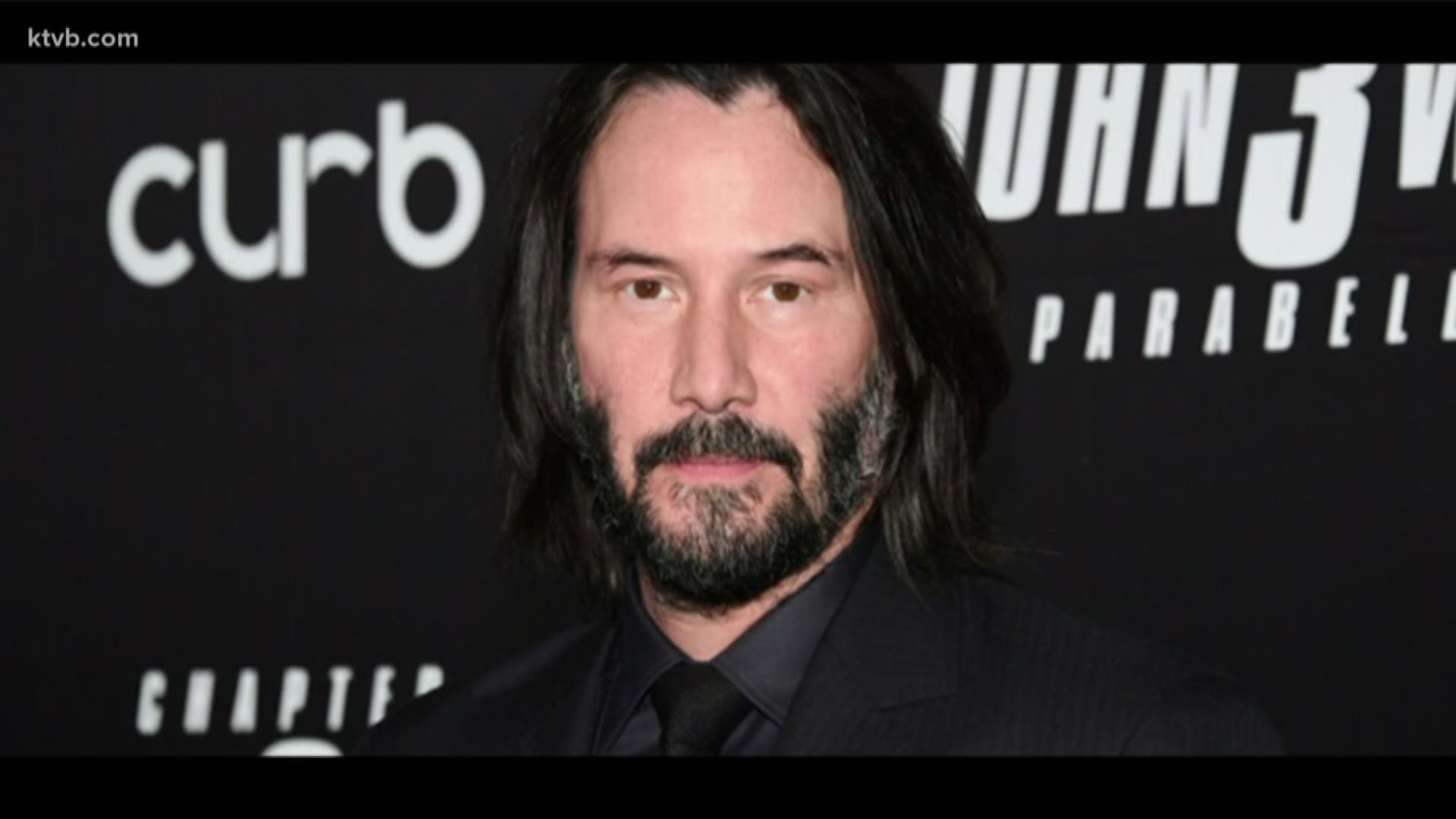 BOISE, Idaho — Actor Keanu Reeves is auctioning off a 15-minute Zoom call with himself to the highest bidder, with the funds going to the Idaho children's cancer charity Camp Rainbow Gold.

The offer comes after the coronavirus pandemic has badly stunted the nonprofit's ability to raise money. Camp Rainbow Gold's largest fundraiser, the Share Your Heart Ball, had to be canceled with just two days notice as the virus spread, the organization said.

"We quickly realized we wouldn't be the only ones moving our fundraiser to an online auction," said Camp Rainbow Gold Executive Director Elizabeth Lizberg. "We also realized after months at home, people are craving connections and experiences that are safe but fulfilling."

Reeves is known for his work in movies including the Matrix trilogy and John Wick series. According to Camp Rainbow Gold, their mission is close to the actor's heart - Reeves' own sister battled leukemia.

In the 15-minute Zoom call with the auction winner, Reeves "will share a glass of wine, tell stories, answer questions or even teach a few karate moves," according to a press release from the organization.

As of Tuesday afternoon, the bidding for the private Zoom call was over $16,000.

Other items up for auction in the Camp Rainbow Gold fundraiser include a Zoom mini-concert with former Fifth Harmony member Ally Brooke, Treefort tickets, tickets to a Steelheads game, restaurant gift cards and a new barbecue grill.

RELATED: Parents of Caldwell boy who lost his battle with leukemia invite the community to his celebration of life

"All this support is a game-changer for us," said Lizberg. "We feel like the little engine that could—a small charity in Idaho getting so much love and support to continue to provide our programs to children who have battled cancer."

To see all the auction items, or to place a bid, visit the Camp Rainbow Gold fundraiser site here. The auction is set to close at noon on Monday, June 22.