"She has deep roots in this community and will serve it well." 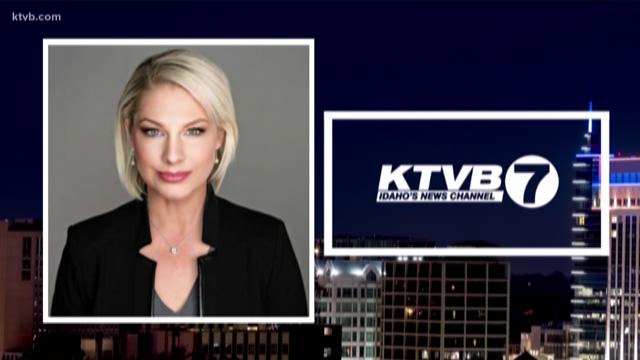 BOISE -- KTVB News Director Kate Morris has been promoted to president and general manager of the station.

Morris' selection for the top position at KTVB was announced Wednesday afternoon. She takes over from current GM Doug Armstrong, who will retire March 9 after two decades at KTVB.

“What is perhaps Kate’s most significant qualification is that she is an Idahoan whose passion for local news began at Vallivue High School in Canyon County," he said. "She has deep roots in this community and will serve it well.”

Morris, an an award-winning broadcast veteran with nearly two decades of newsroom experience, has served as executive news director for the past seven years. She holds a Bachelor of Arts degree in Broadcast Journalism from Arizona State University and graduated from the 2016-2017 TEGNA Executive Leadership program.

As news director, Morris grew audiences, expanded the local news product across platforms and helped increase station profit margins. Under her leadership, KTVB has expanded its digital presence across platforms leading to increases in page views, unique visitors and time spent on the station’s website. KTVB’s Facebook page has also grown into the state’s most popular in any category.

“Kate is a proven leader with a demonstrated ability to develop quality content across numerous platforms. Her focus on community journalism, investigative reporting and commitment to the people of Idaho are significant assets that will support KTVB’s future growth,” said Lynn Beall, executive vice president and chief operating officer, media operations, TEGNA. “We are excited that Kate is stepping into this role. She is the perfect choice to fulfill KTVB’s purpose to serve the greater good of the community through innovative and engaging storytelling.”

Morris will officially step into her new role March 12.