The former state senator received 39% of the vote. 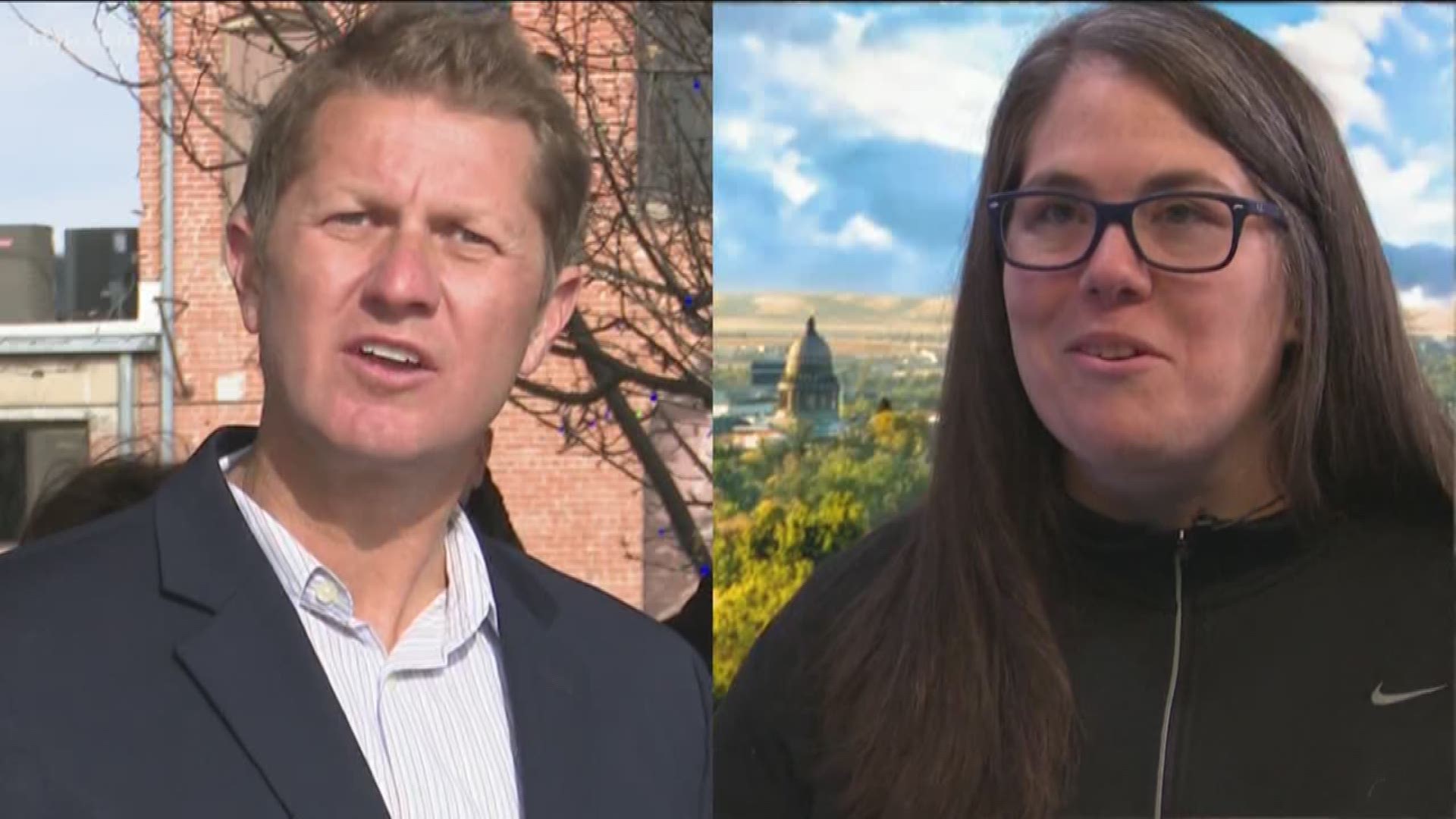 CALDWELL, Idaho — A disgraced former Idaho lawmaker who received the most votes during Caldwell's election for city council last week says he will not challenge the city's decision to hold a runoff election for the seat.

John McGee was declared the winner of the city council race on Tuesday after he secured 1,291 votes, or 39% of the ballot. Candidates Evangeline Beechler and Charles Stadick got 31% and 30%, respectively.

But after an uproar, Caldwell officials reversed course, calling for a runoff election between McGee and Beecher. Caldwell election statutes mandate that a city council candidate must get at least 50% of the vote plus one vote to win, according to the Idaho Secretary of State's Office and the Idaho Attorney General.

"The call for a runoff election is illegal and improper under the wording of the Caldwell city ordinance," Leroy said.

He pointed out that the actual language of the statute reads that council members be elected by "a majority of qualified electors," which he interpreted to mean the number of registered voters in Caldwell, whether they turned out to the polls or not.

"If he were to file an action in the district court, it would be my expectation that the call for a runoff election would be deemed illegal and improper," Leroy said.

"By that standard, correctly interpreted, no person has been lawfully elected to the Caldwell City Council since that law was put on the books in 1989," he said in a statement.

Like many others have said, McGee explains he doesn't think this is about the law, it's about him and his very public past.

"Over the past 8 years, I have paid my debt and I have accepted responsibility. The people of Caldwell have spoken, and I am grateful they are giving me a second chance."

McGee stepped down from the Idaho Senate in 2012 after a drunken-driving arrest and allegations of sexual harassment. He ultimately spent 39 days in jail.

He says he takes responsibility for his past and is ready to move forward.

"It is not a coincidence that this is the first time in 30 years that these election results are being challenged," McGee said. "I look forward to being the next member of the Caldwell city council."

A date for the runoff election has not yet been set.