'It's very emotional for all our crews': Fire officials plead for use of smoke detectors after 3 die in Boise house fire

A mother and her two children died after an electrical malfunction started the fire and the family was unable to get out in time. 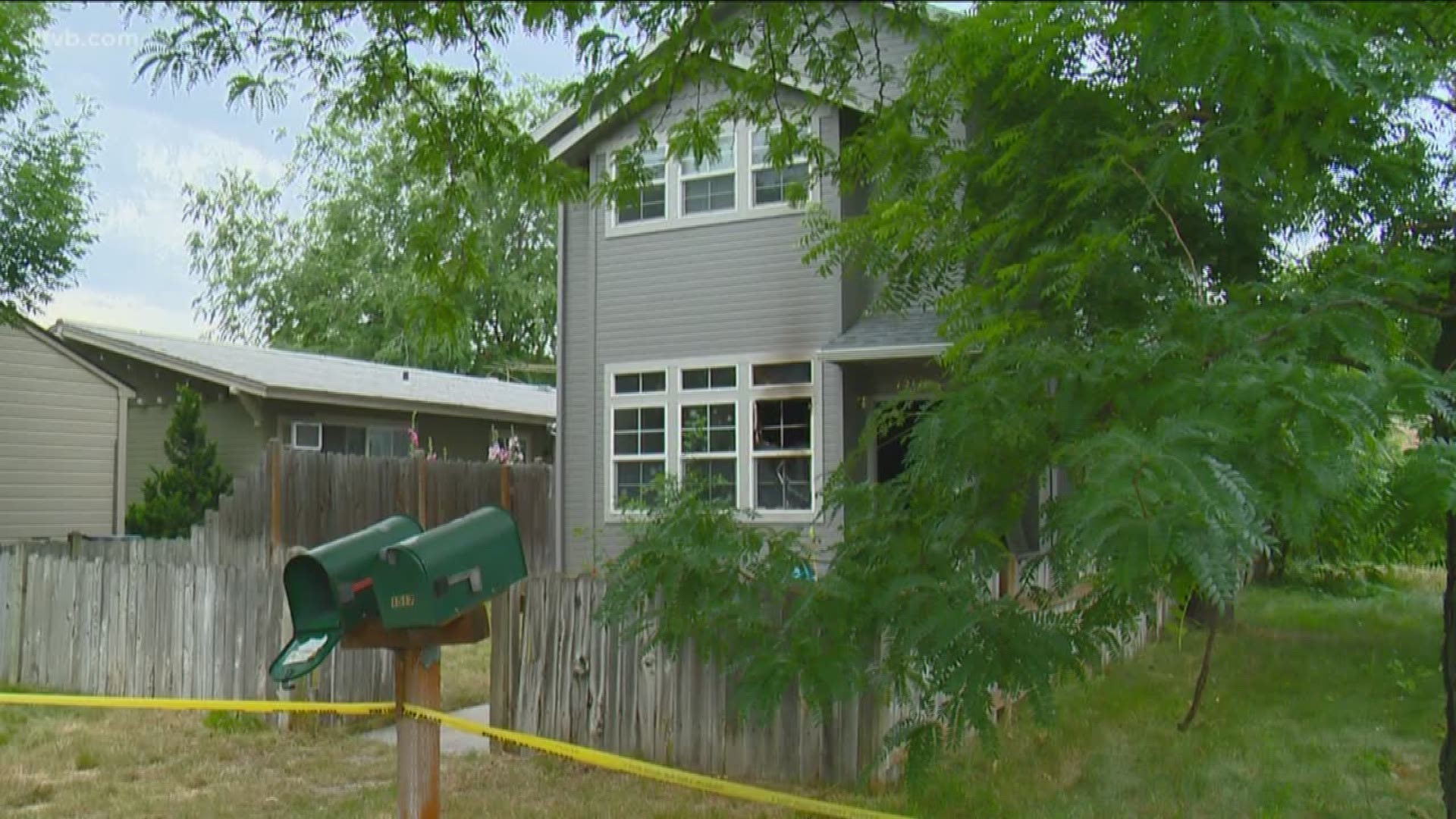 BOISE, Idaho — All three people pulled out of a burning house in Boise early Monday morning have died from their injuries.

The Ada County Coroner's Office identified the victims as 43-year-old Jana K. Cullen, her 12-year-old son Ryker Sanchez and 9-year-old daughter Rilee Sanchez. The cause of death is listed as pending for all three.

The fire broke out at about 5 a.m. in the 1500 block of Leadville Avenue, just off Broadway Avenue. According to officials, neighbors noticed flames inside the house and called 911.

Fire crews arrived and immediately began searching through the house, where they found the woman and children. Medics performed CPR on all three, but Cullen died at the scene.

Rilee and Ryker Sanchez were taken by ambulance to a local hospital, where they later died.

According to Boise Fire, the blaze began after a heating element in an electric wax warmer failed and caught shelving in the home on fire.

Boise Fire Dep. Chief Romeo Gervais said there were no working smoke alarms in the home. The detectors had either been taken down completely, or the batteries had been taken out.

“Smoke detectors would have made a huge difference in this," Gervais said. "No working smoke detectors in the home and unfortunately, the outcome we had was the loss of three lives. In this case, without those working smoke alarms, the structure likely filled up with smoke.”

That cost the family at least several precious minutes.

“A working smoke alarm is so often the difference between a fatality fire and just a structure fire,” he said.

It's a tragic example that shows the importance of having smoke alarms in every home.

"They are basic life-safety pieces of equipment that we need in every home and they need to be operational," he added.

If you don't have a smoke detector, call the fire department, and they can help you install one.

When it comes to wax burners, commonly called wax warmers, Gervais said they are generally safe. But that doesn't mean fires can't happen as a result of them.

It's unknown what brand of wax warmer was involved in the fire, but Meridian-based Scentsy is a well-known company who makes warmers.

Kirk Nickel, chief product officer with Scentsy, said while the company stands by the safety of its products, it does have safety tips for any consumer who uses warmers, regardless of brand.

“Make sure that you look at the outside packaging to see a marking on there that comes from a third party testing agency," he said. "Well-known like Underwriters Laboratory or UL. Or Intertech, CE. That means that product has been testified and verified to be safe for consumer usage."

Nickel said all of Scentsy's products are verified and have that mark.

He also added that some warmers use lightbulbs and some do not. For the ones that do, Nickel said it's important to use the right shape and wattage of bulb.

“There are maximum wattages that are allowed in these devices and one can easily exceed that which could then be dangerous,” he said.

Another tip from Scentsy is to check the placement of the warmer inside your home.

“It's important not to place it on sensitive surfaces that could suffer damage from prolonged exposure to heat," Nickel explained. "Also placing that device near combustible material would not be advised.”

Do not leave cords within reach of children or pets and Nickel said, if leaving the house, turn the warmer off.

Nickel said while most wax warmers are designed to be safe, consumers still need to do their part and follow product instructions. But they hope putting some safety tips out there will prevent future tragedies.

“This is such a tragedy for this family," Nickel said. "Our thoughts and prayers go out to this family and all those that have been impacted by it.”

This is the deadliest house fire for the City of Boise since at least 2011.

“A multiple fatality fire, we haven’t had one in many years," Gervais said. "So to lose three people like this to a fire is very serious to the city and our hearts go out to the friends and family of the people we lost.”