'It's so critical for our state': Everything Idahoans need to know as the 2020 U.S. Census begins

From how to fill out forms to how to avoid getting scammed, KTVB outlines all the facts about the 2020 U.S. Census, which officially started on Thursday. 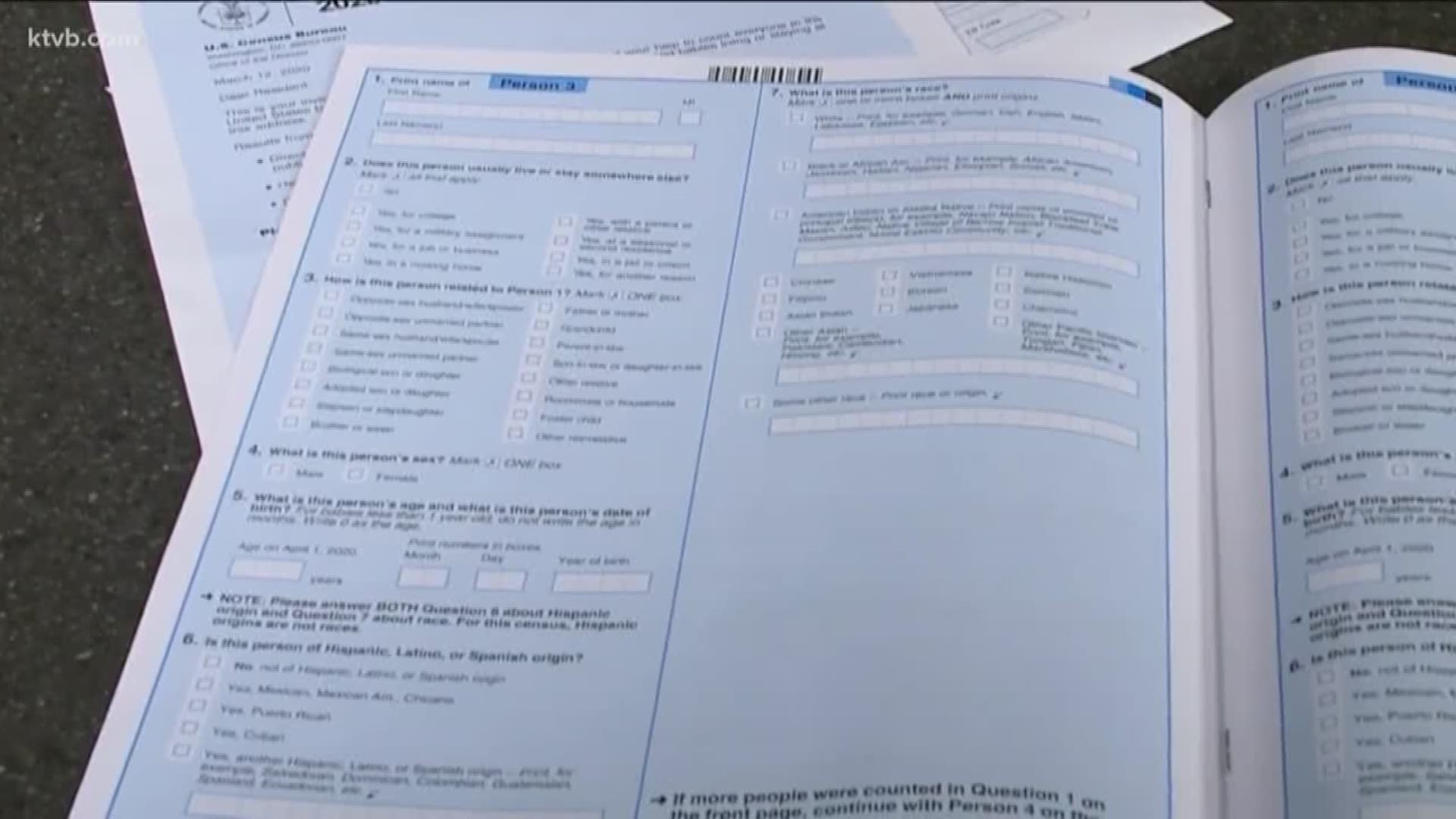 BOISE, Idaho — The 2020 U.S. Census kicked off on Thursday, with participation letters starting to show up in mailboxes around the nation.

The census is required by the U.S. Constitution every 10 years.

The 2010 census had 77% participation and officials are hoping to increase that number this time around - especially in the Gem State.

“We have put a lot of effort in the State of Idaho because it means so much to our communities and our citizens,” said Jayne Black, partnership specialist with the U.S. Census Bureau.

The letter mailed out to residents describes how to complete the census form, which can be done online, by mail-in or by phone. It also includes a 12-digit identification number. When plugged in online, that number will access the census form and have your address pre-entered.

If no census form is received within a few weeks, reminder letters and postcards will periodically be sent out until mid-April.

“If we still haven’t heard from you by the middle of April, someone will knock on your door and ask you to complete the census,” Black said.

Those door-to-door census workers, called enumerators, must have their federal ID badge with them.

“They will have a briefcase that has a big white census logo on it," Black said. "They’ll have a tablet. And they are not to come into your house, they must stand outside.”

Black also said to remember if someone calls or sends an email claiming to be from the census, it's a scam. You must be the one to reach out.

The census form asks a standard set of questions:

"Our goal is to count everyone once and only once and in the right place," Black said. "We are so excited for the opportunity to work with [community] partners to be a part of getting the message out. It's so critical for our state."

Participation in the census is important because the population helps determine federal funding each state receives.

In the 2010 census, Idaho received $2.4 billion in federal funding that went to 55 different federal programs, including school lunch programs and Medicaid.

The census also helps determine congressional representation for each state.

As a result of the 2010 census, Texas gained four representatives and New York and Ohio each lost two.

More information on the census and participation can be found on the U.S. Census Bureau's website.

RELATED: US Census gearing up to count Boise's homeless population