'It's about getting people down here': Downtown Portland restaurants reopen, look ahead

As the city turns a corner, a local business group is asking downtown restaurants what they need to succeed. 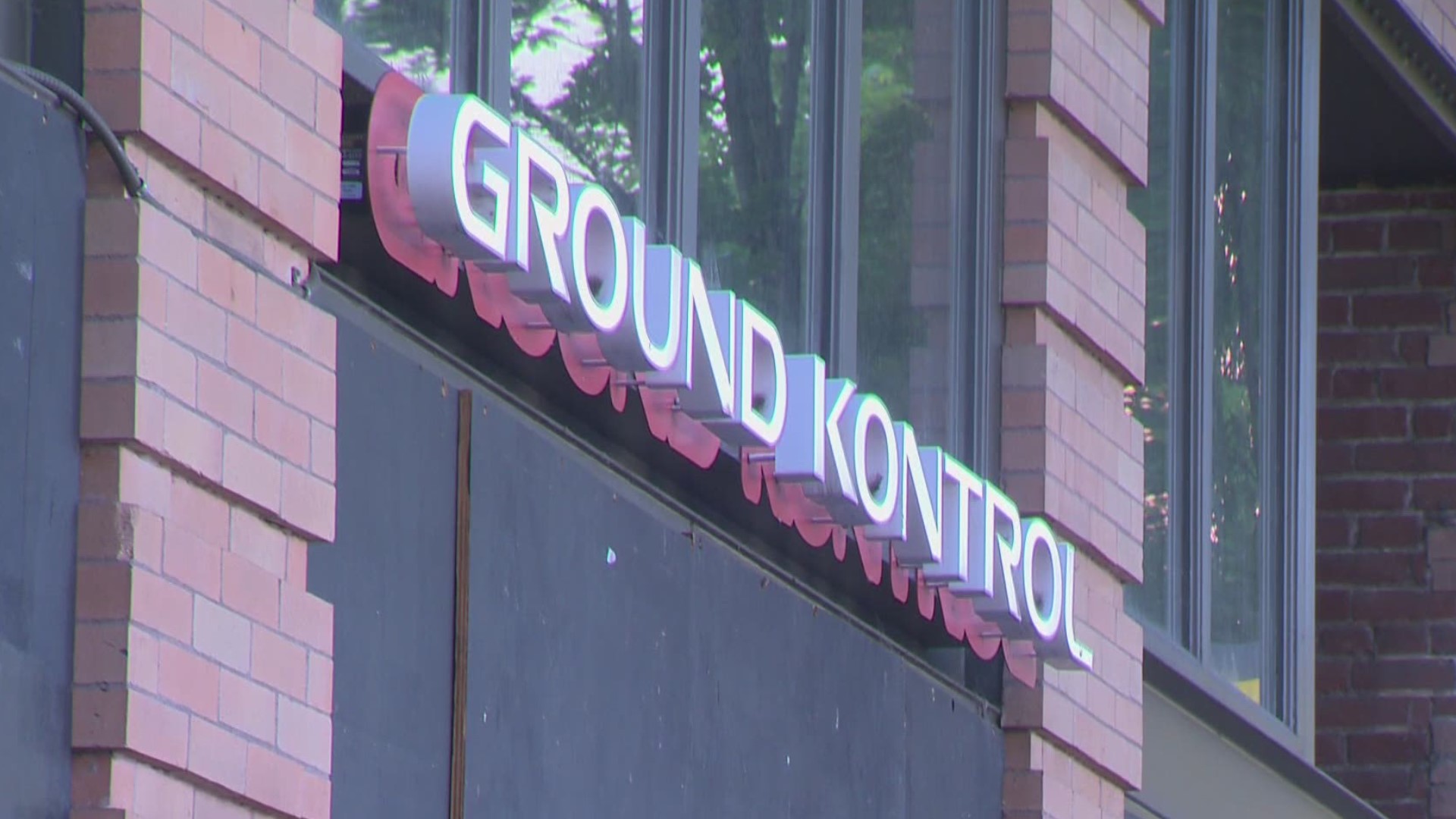 “It's a big, big deal for us to pull the trigger on this and actually reopen,” said co-owner Clay Cowgill. He said they were also able to bring back all the employees they'd had to lay off last year. “It's an arcade, it's a fun place to work.”

Despite Wednesday’s celebratory environment, Cowgill said the business is cautiously optimistic about the future. Ground Kontrol's windows are still boarded up; Cowgill said it's not in their budget to repair any new damage. They’re also reopening with reduced hours of operation.

“In the last two to three weeks, the appearance of Old Town has greatly improved and that was another factor in our deciding to reopen,” said Cowgill. “So was how willing people are to return to the area and what safety concerns our employees have coming back and everyone else.”

For many downtown restaurants, a big challenge is managing customers' fears about the area.

“As soon as they find out we're in downtown Portland, we get a lot of, ‘Ooh, I don't go downtown right now,’” said Robin McCrary, who owns Portland Burger on Southwest 2nd Avenue.

RELATED: After year of unrest, Portland strives to repair reputation

“I really think the biggest help would just be for people to come down and see we're all still here,” said McCrary. “It's not as bad as what the stories make it out to be or the pictures people have in their minds; it's more about just getting people down here.”

Beside downtown's reputation, many in the restaurant community have other concerns, and the Rose City Downtown Collective wants to hear about them.

The open group is made up of businesses and organizations focused on reviving downtown's spirit and economy. They just launched a survey asking downtown restaurant, bar, food truck and nightclub owners to share their biggest needs and challenges. They also started a fundraiser to support them with microgrants. Their past fundraisers have included an effort to help small businesses replace broken windows.

McCrary said another challenge for restaurants is determining when and how they'll fill mass job openings. She said job postings that would have gotten her a hundred applicants pre-pandemic, now only get her seven. Of those who respond, she said typically only half show up for interviews.

“The pandemic has changed the climate of everything and it's just going to have to settle in and become what it's going to become,” said McCrary. “We pride ourselves on improvising, adapting and overcoming.”

RELATED: Ferry service will connect North Portland to downtown in 2022