St. Vincent de Paul has seen a 20 percent increase in people coming to the food pantry. They're anticipating more need in the coming weeks. 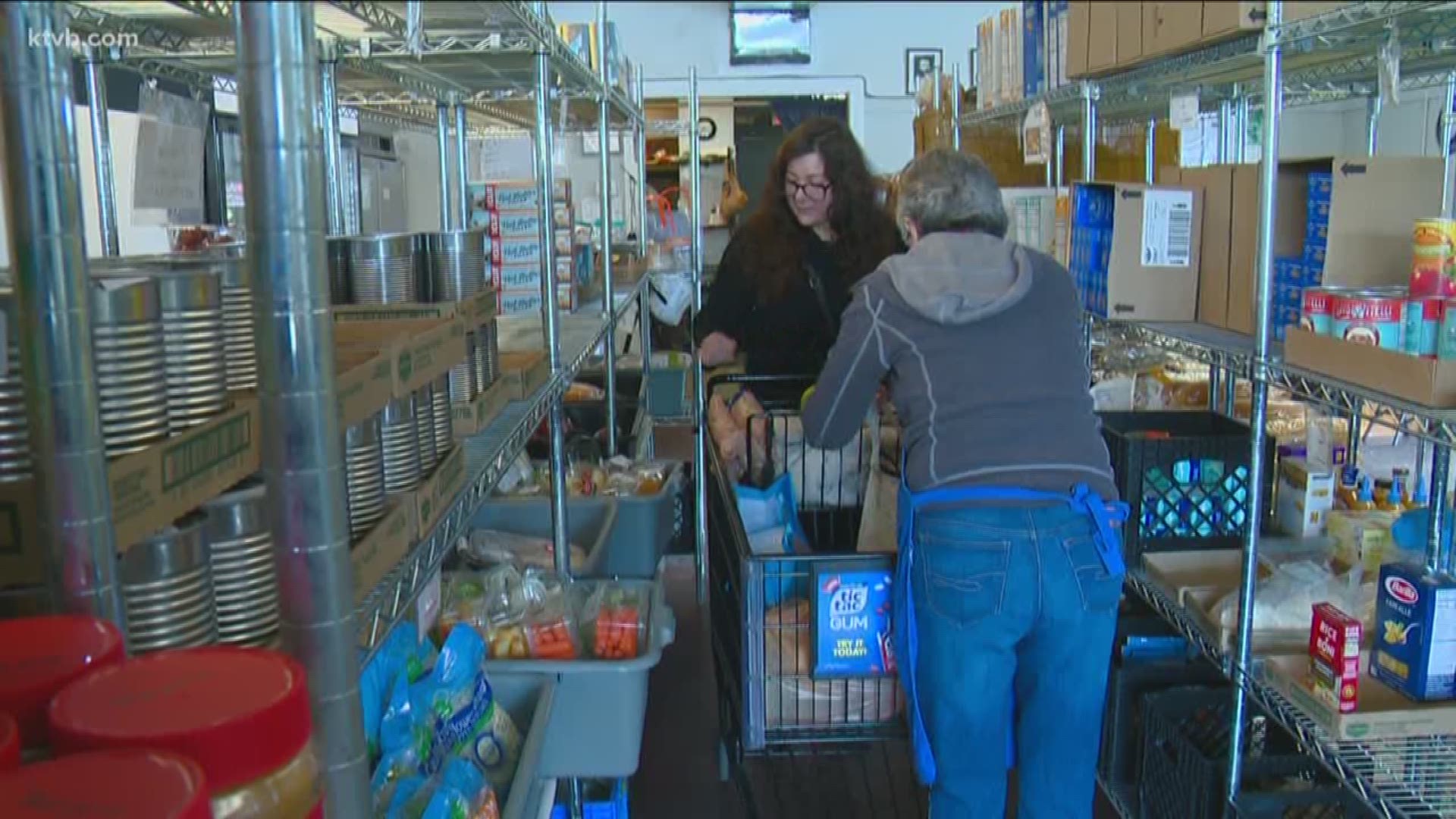 BOISE, Idaho — Some people across the nation and here in Idaho are still feeling the effects of the recent partial government shutdown - especially those who received Supplemental Nutritional Assistance Program benefits (SNAP), or food stamps, weeks early.

Rose, an Idaho mom, is one of those recipients.

“That was the most confusing letter,” Rose said. “They just said that you're getting your food stamps benefits early and stretch them out."

“We ran out probably halfway through the month,” Rose said. “I mean, if you're trying to feed a family on less than $200 a month in food stamps, it gets a little penny pinching there.”

Now, Rose finds herself in a SNAP gap waiting for March, which brought her to St. Vincent de Paul's Overland Center Food Pantry.

St. Vincent de Paul told KTVB that they started seeing a much heavier influx of people coming into the pantry last week. Now they're trying to help bridge the gap, but it’s getting harder.

“What we're looking at right now is, last week and this week, it's about 20 percent over what it was or would be normal,” St. Vincent de Paul Southwest Idaho Executive Director Ralph May said. “We're anticipating in the next two weeks that it'll be even greater, because we're still almost two weeks out before when they'll receive the next set of SNAP benefits.”

Because of the high demand, the pantry is now looking for help. Help with food. people and money.

“We are committed to help everyone that is short of food,” May said.

It’s a commitment that Rose is grateful for.

“Without it, I would be more stressed about how I would be able to put food on the table for me and my daughter,” Rose said. “Even though I’m able to provide some, this helps a lot.”

St. Vincent de Paul said they’ve also recently seen a big increase in new families coming to the pantry, which could be attributed to growth here as well as that SNAP gap.

The next disbursement in SNAP benefits is expected to happen in the first 10 days of March.