ITD to auction off sticker-covered 'Welcome to Idaho' sign

A piece of the Gem State could be yours. 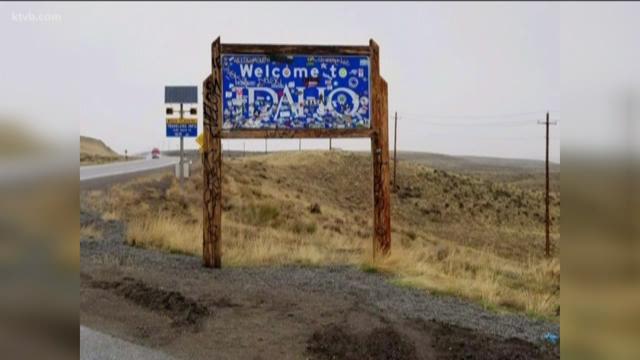 A piece of the Gem State could be yours.

The Idaho Transportation Department is auctioning off one of the state-line 'Welcome to Idaho' signs that was recently retired, from along US-93 at the Idaho-Nevada border.

The 4-foot by eight-foot sign is covered in stickers, many left by people who pulled off the highway to take a break and snap pictures.

ITD decided to retire this sign and replace it with a new one after the sticker buildup became too great - a phenomenon that is getting more frequent.

According to ITD, one of their own employees may have come up with a solution that will keep the department from having to replace signs long before they wear out.

Credit: Idaho Transportation Department
The newly-installed 'Welcome to Idaho' sign stands next to the state-shaped sign officials hope people will focus their sticker efforts on.

Transportation Technician in Operations Pete Veenstra raised the idea of adding a different sign for people who want to slap on a sticker. He and his sign crew worked to cut out and istall a large metal cutout in the shape of Idaho, then added on a few stickers to help get the idea rolling.

So far, ITD says, the idea has worked, and the new 'Welcome to Idaho' sign has remained unscathed.

The online auction for the recently-removed sign that was covered in stickers will run through Sept. 26.