'It was a traumatic experience and it was scary': Common shrub poisons 3-year-old in Boise

Tyler Ross recounts the day his daughter was sickened by eating berries from a Japanese yew plant. 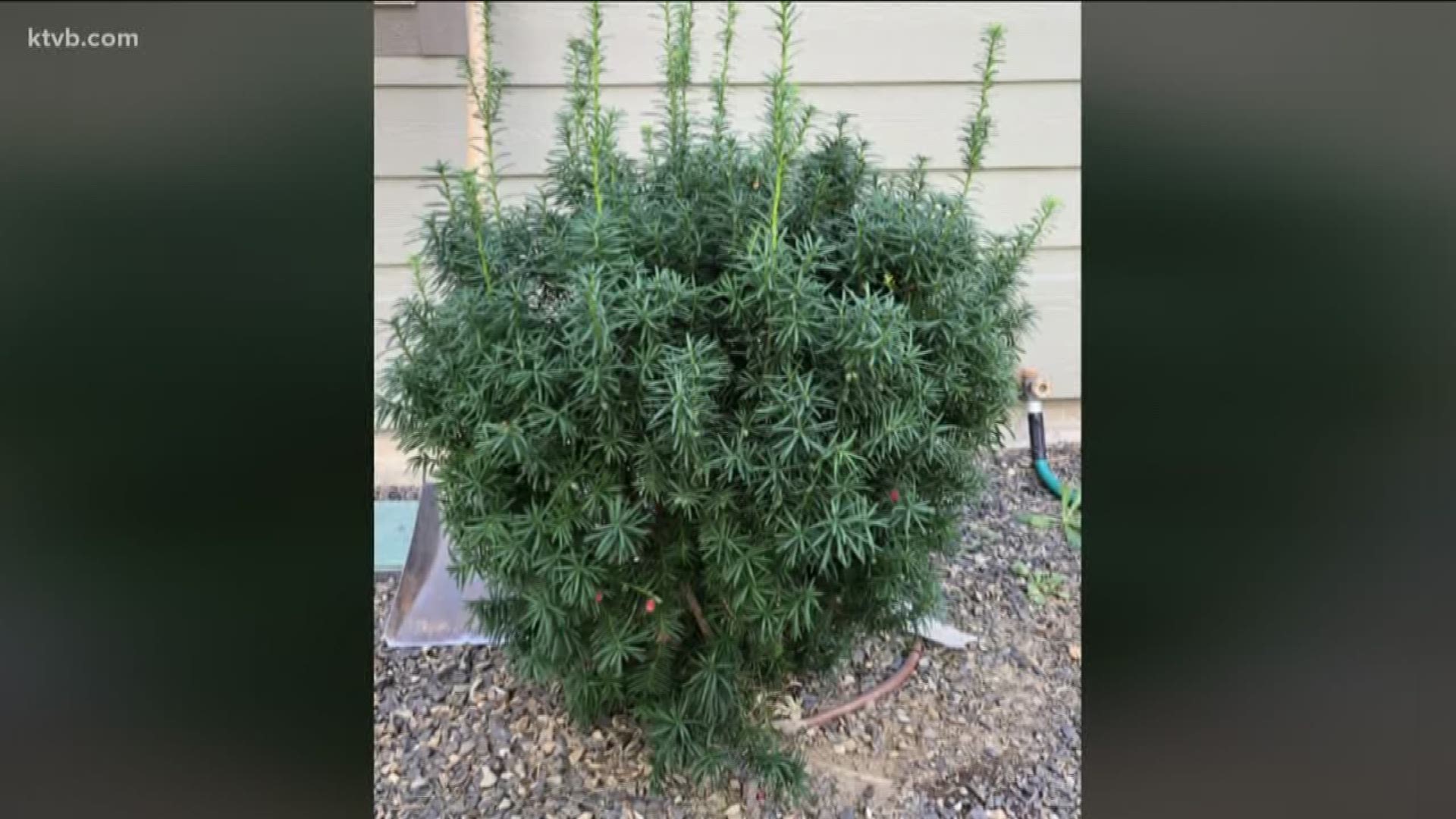 BOISE, Idaho — The Japanese yew is a common plant in Idaho. It's known for killing 50 pronghorn and seven elk in southern Idaho two winters ago, but it left its mark on a Boise family 10 days ago.

August 18th was a normal Sunday morning for Tyler Ross and his family, enjoying time together in their backyard. Little did Ross know his ordinary day was about to take a turn after his daughter brought him a berry that he hadn't noticed before.

"We asked her if she'd ate it and we just kinda went about our day," Ross said.

As the day went on, Ross began to notice strange behavior in his daughter, Adelyn. A few hours later, she was shaking from stomach pain. That's when he called poison control, who identified the berry on a Japanese yew.

"They directed us to go to the emergency room and so we immediately took off," said Ross."It's just a bright red berry, maybe the size of a blueberry or a huckleberry. Why wouldn't a toddler wanna taste it?"

Doctors monitored Adelyn's vitals, and after 24 hours Tyler was able to take his daughter back home.

The first thing Ross did was yank the Japanese yew shrub out from his yard.

"After being there and reflecting on it... man it was a traumatic experience and it was scary," Ross said. "We want our kids to be able to pick a tomato off of a vine and pop it in their mouth, we wanna have that freedom in our backyard."

RELATED: Popular Idaho shrub can be toxic for wildlife and pets

"I would recommend that others safely remove the yew shrub from their backyards if they can identify it," he added.

Ross said he wouldn't wish this on any other parent.

"You want to feel safe in your backyard, especially when you aren't educated enough to know, nobody's told you, and the HOA didn't tell you [either]," he said. "We don't want to wait until another toddler comes along and eats one too many berries. Get rid of them - that's the best thing you can do."

If your child eats something and you're not sure what it is, call the American Association of Poison Control Centers at (800) 222-1222.