'It just tore my heart': Witnesses react after deadly accident on Payette River

Emergency crews responded to the river and found five adults out of their flotation devices and in the water. 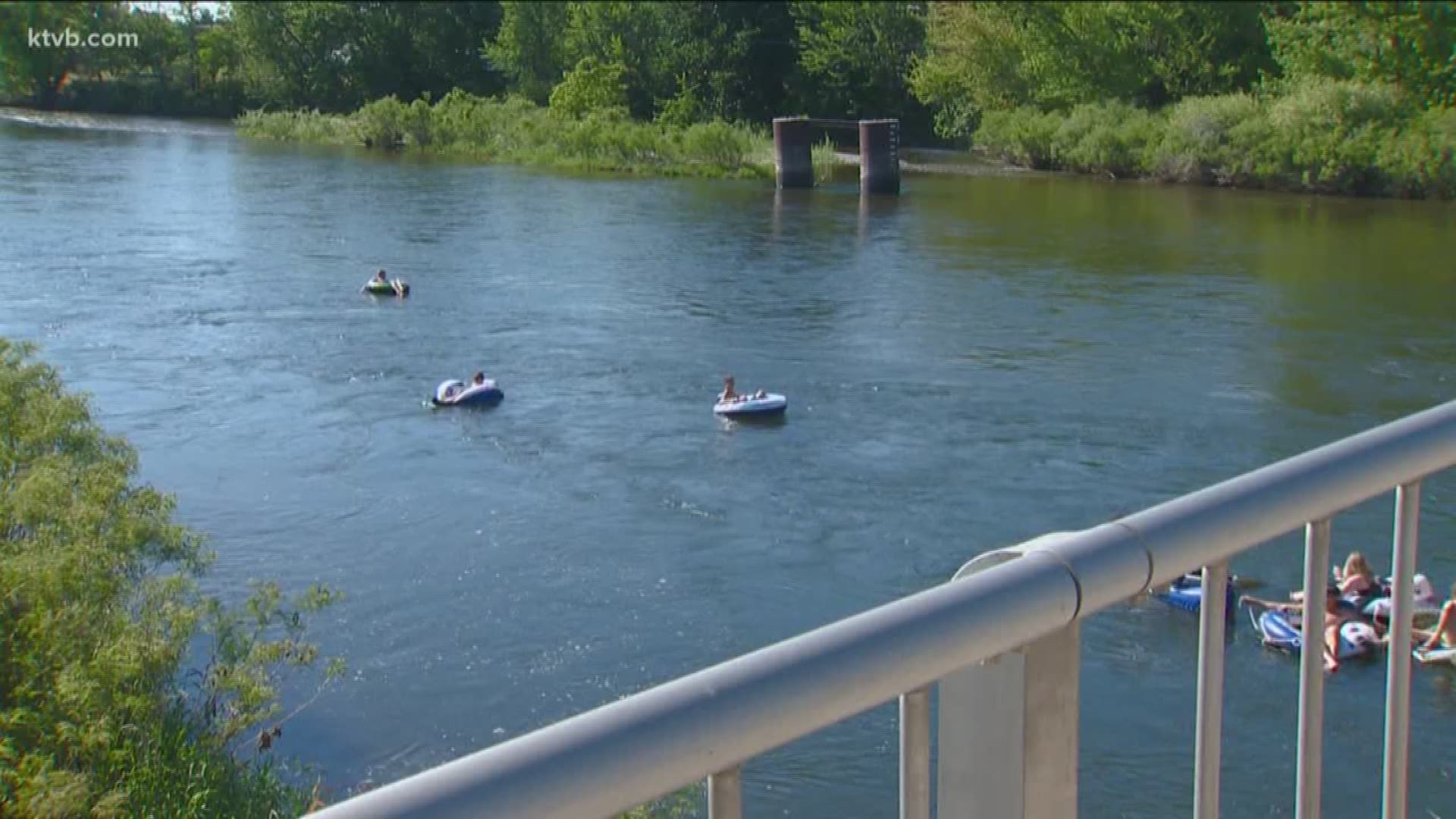 EMMETT, Idaho — One person is dead and four others were taken to the hospital Thursday afternoon after a floating accident on the Payette River in Emmett.

According to Emmett Police, the accident happened just after 3 p.m. about a half mile upstream from the Washington Bridge.

“We were able to determine there were five patients that had ultimately ended up out of their flotation devices in the river and in distress,” said Mike Knittel, with the Emmett Police Department.

With the help of a few bystanders, emergency crews were able to pull all five people out of the water.

One of those bystanders was 16-year-old Porter Child, who had just finished floating the river and was on the bank nearby when he heard calls for help.

“This man runs over and he’s on the phone with 911 and he yells, ‘Somebody go help, this lady is drowning,’" Child said.

So he jumped in and swam over to try and help the woman he could see in the water, but was too late.

“When I got there she was turning blue," he said. "My guess is she was under for 10 or 15 minutes because she died right there on the spot.

“When I saw her, she was over here by the bridge, pretty sure she was underneath the tube or at least her back was in the air," Child added. "Her face was under. My guess is she flipped over there by the waterfall.”

Child said another man tried to perform CPR on the woman, but it didn't work.

Knittel confirmed one of the victims died and another was airlifted to a nearby hospital, where her condition is currently unknown.

The other three are in good condition, Knittel added.

Child said at first he was calm while trying to help but after he realized what had happened, he couldn't believe it.

“It just tore my heart. I don’t cry or get very emotional and I just broke down in tears,” he said. "I’m still in shock.”

Officers are still investigating what happened and what exactly caused the five people to end up in the water, but they did say that river conditions on the Payette River Thursday were nothing out of the ordinary.

The river between the Plaza Bridge and the Washington Bridge is a popular spot for river floaters.

KTVB spoke with several people who frequently float that stretch and all said they were shocked to hear that a deadly accident had happened.

“We’ve been here 20, 30 years and that’s the first time I’ve heard of something like that happening,” said one man who floats the river with his brothers every year.

“Very surprising," said another regular floater on the Payette. "This is a river that is kind of a tradition for our family. We’ll come float it every Fourth of July. It’s a relatively safe river in my opinion.”

A woman who was just getting to the river to start floating said they saw the tail end of the accident and first responders pulling the five people out.

"We kind of saw some things that we didn’t really want to see and as we kind of heard a little bit of the commotion that was going on, it really brought attention to us and made us second guess about going down the river,” she said.

Gem County dispatch told KTVB early Thursday afternoon the five people were all female, but Emmett police have not yet confirmed that.

Families are still being notified so no other details about the victims have been released at this time.