"Before they came out, basically it was a death hazard," Marvin Schumacher said of his home. 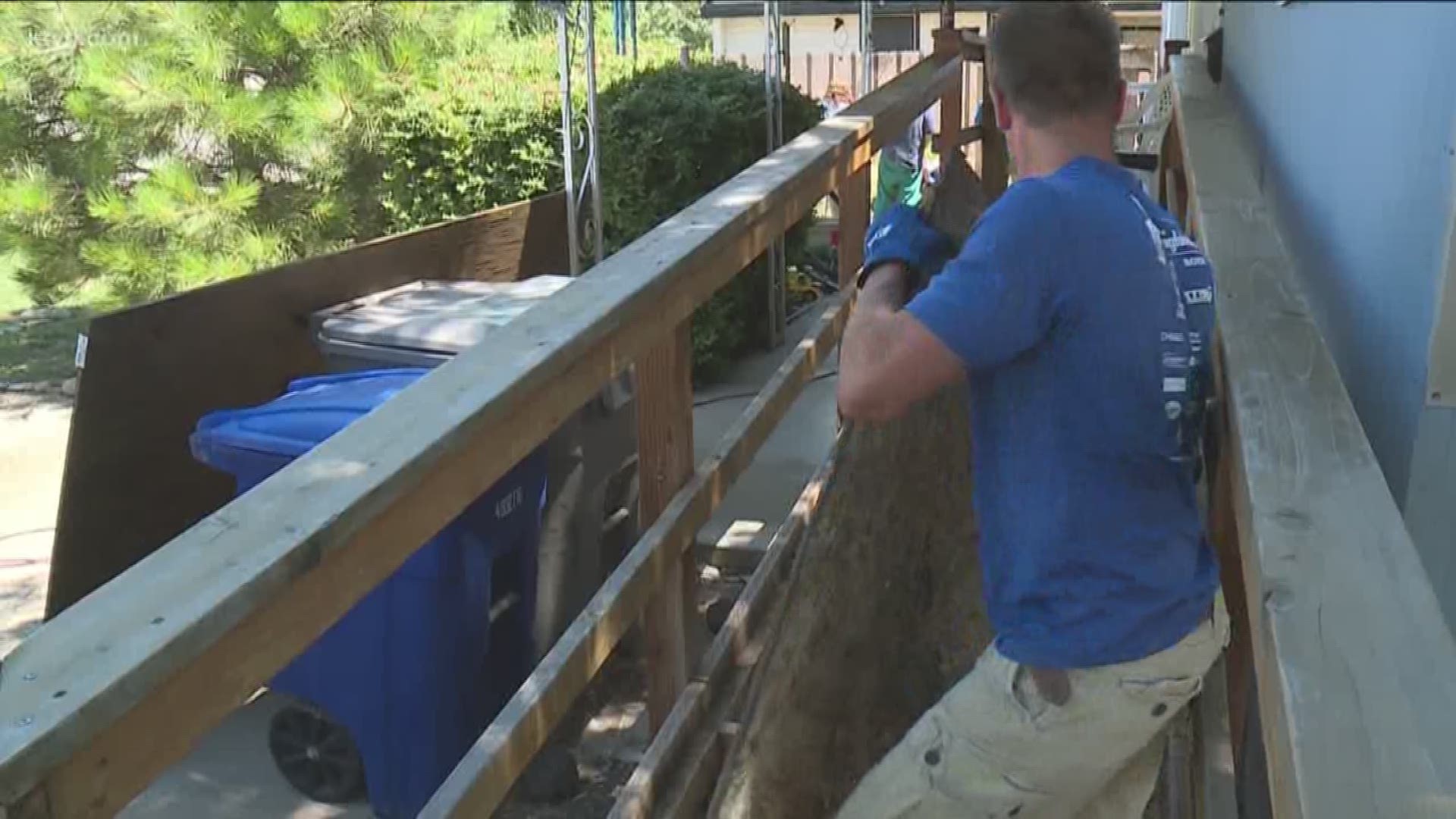 BOISE, Idaho — Inmates from the Treasure Valley Re-entry Center braved the heat on Thursday to lend a helping hand to a senior citizen, who calls his Boise home a "death hazard."

In June, as part of NeighborWorks Boise's annual Paint the Town event, more than 700 volunteers finished painting 42 homes for seniors, veterans and people with disabilities living across the Treasure Valley.

But afterwards, many homes still required a lot more than coat of paint. So on Thursday the re-entry center inmates cleaned up a man's yard, and replaced his broken deck and fence.

They say the volunteer work helps as they complete their sentences and prepare to return to society. It also gives them a sense of giving back to the community.

"It's beneficial for him, but really beneficial for me, for all these guys," said inmate Seth Long. "It just makes you feel good, you know, giving back, and after taking so much."

And for the homeowner, Marvin Schumacher, their work has made his home a safer place to live.

"Before they came out, basically it was a death hazard," Schumacher said. "They came out and it's changed the appearance, it's made it to where I won't fall, because we did have a big hole in there.

NeighborWorks Boise is now accepting early applications for next year's Paint the Town.