Is an Amazon warehouse coming to Nampa?

A developer has submitted a conditional use permit to build a warehouse with over 850,000 square feet of space. 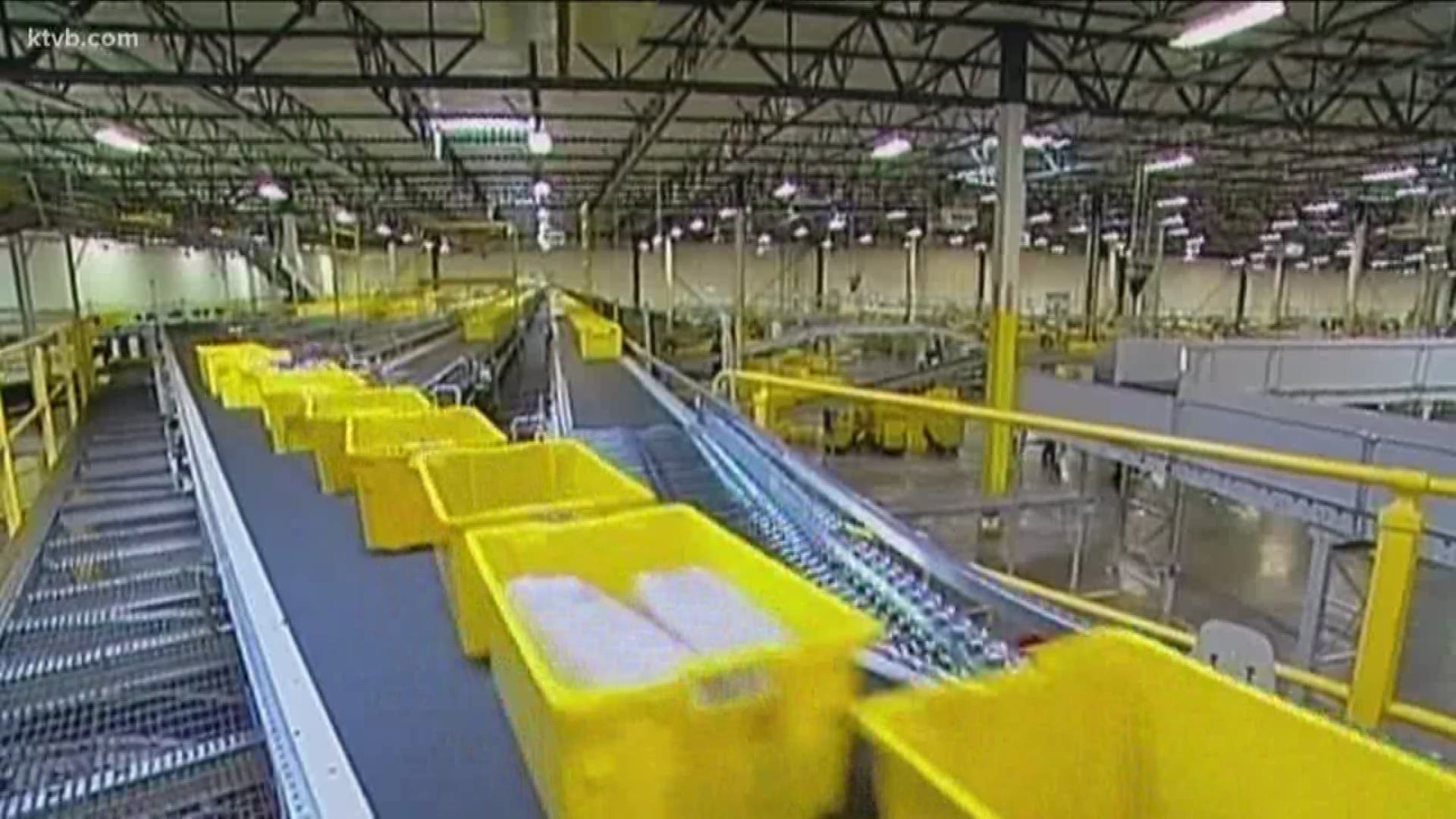 NAMPA - An Amazon distribution center could possibly be coming to Nampa.

Panattoni is the same company that's built Amazon distribution centers around the world.

Nampa's Economic Development director tells KTVB that city council can’t comment on whether an Amazon is coming to Idaho at this time because of a non-disclosure agreement.

The conditional use permit was sent to various stakeholders for comment on Wednesday.

Although, KTVB has not received any confirmation that the proposal is for an Amazon distribution center, a receipt found in the application form names this project as “PREDEV-Amazon BTS.”

If the reports are true, a distribution center in Nampa could potentially mean thousands of jobs for people in the Treasure Valley.

The application is scheduled to go before the Nampa Planning and Zoning Commission on July 10, 2018.