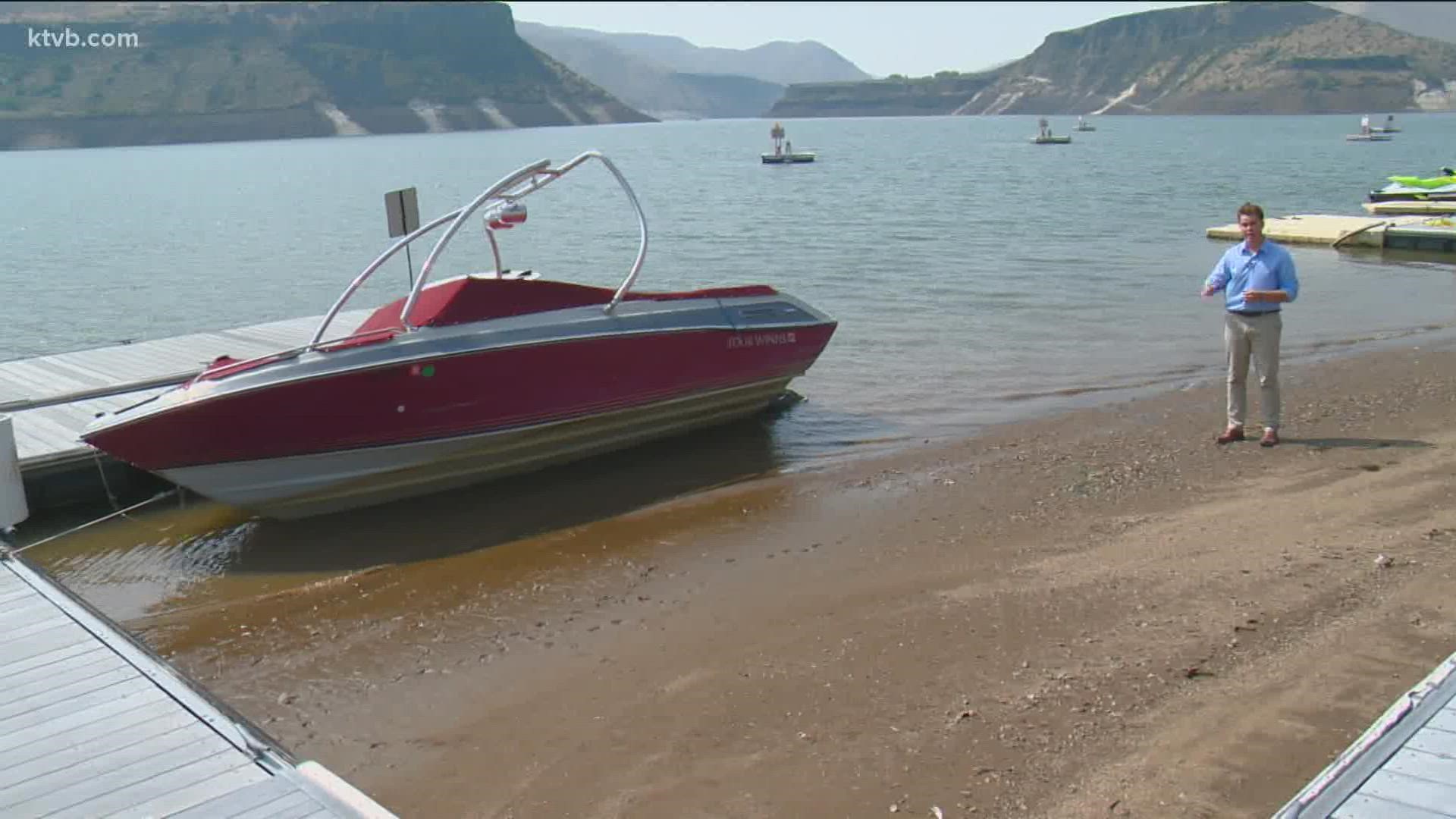 MERIDIAN, Idaho — Editor's Note: The video with this story is about drought conditions impacting Idaho reservoirs. It aired in August.

The irrigation season is coming to an early end this week in several Treasure Valley communities.

The City of Nampa announced it will shut down its irrigation system for the season on Wednesday, September 15 to coincide with the canal water delivery shut-off date for Nampa & Meridian Irrigation District and Boise-Kuna Irrigation District.

Pioneer Irrigation District, which serves Caldwell, is scheduled to end its season on Friday, September 17.

Idaho continues to experience severe drought conditions and this has contributed to a shorter than normal irrigation season in 2021. Area reservoirs have been well below normal this year. Record-breaking heat during the summer also played a role in the supply and demand on the local canal system.

As the irrigation districts near the end of their allotment, each district determines when and why they will shut off the water to its customers.

Officials say yearly irrigation assessments are calculated and based on the square footage of your property. The irrigation water is not metered, and the length of the season is dependent on the availability of water.

If you use irrigation water on your lawn and garden, be aware that using house water to irrigate your lawn will increase water and sewer charges on your utility bill. It is not recommended.