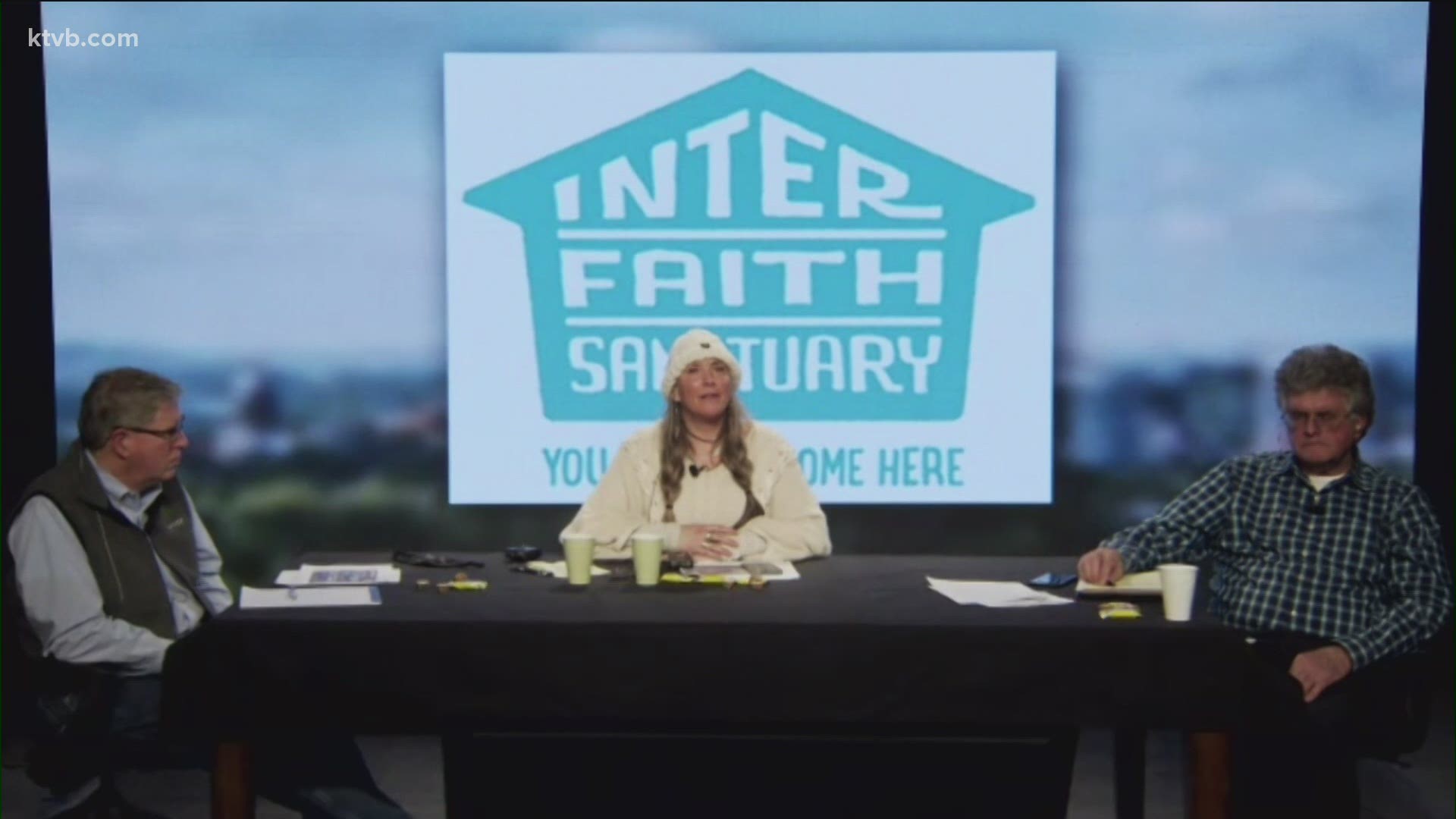 BOISE, Idaho — The Interfaith Sanctuary Shelter held a virtual meeting at 6 p.m. on Wednesday night in regards to the proposed new shelter site at the old Salvation Army building on State Street.

Two men closely involved with the process were also present during the meeting.

If everything goes to plan, Peterson-Stigers said an application for the property will be submitted to the city of Boise on Feb. 23 and closing will be completed by the end of March 2021.

Peterson-Stigers told KTVB that the plan is to begin renovations later this spring on a building at 4306 West State Street. That address was most recently home to the Salvation Army Thrift Store and Food Pantry, which closed in June 2019.

Interfaith planned to hold a meeting on the proposed move on Jan. 21 but the meeting was ultimately canceled due to security concerns. Boise Police Department received reports that more than 700 people were planning to attend the meeting, which was intended only for business owners and neighbors in close proximity to the shelter's proposed new home on State Street.

"Interfaith Sanctuary is grateful for the interest and wants to be able to safely present this project to the community," Peterson-Stigers said in a Jan. 20 news release. "Based on the expected numbers of guests and the Covid restrictions we were advised to cancel this meeting."

More than 50 people gathered outside the new proposed location for the Interfaith Sanctuary homeless shelter to show their disapproval of the move on Thursday, Jan. 21.

“A high percentage of [homeless people] have issues with alcohol, drug abuse, mental health disorders and sexual abuse so we do not need that in our area, there are several schools around here and lots of kids,” one woman said.