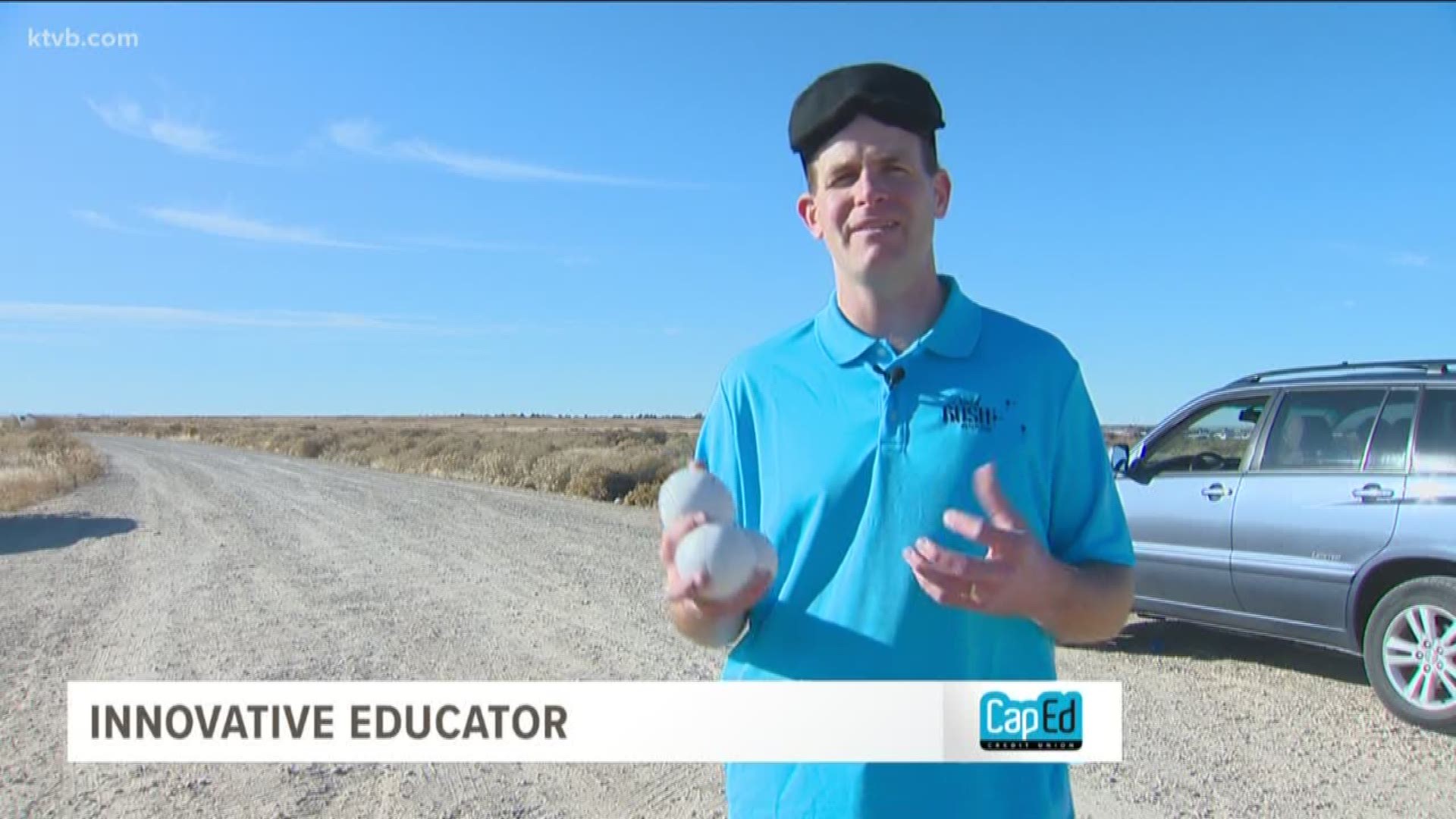 BOISE, Idaho — This week's "Innovative Educator" isn't the traditional “educator” most of us would think of. But his mission to inspire and encourage young minds in STEM subjects (Science, Technology, Engineering and Math) is innovative.

As Bri Eggers shows us, David Rush shows local students how “cool” STEM learning can be, by getting himself in the Guinness Book of World Records more than 132 times.

He's the world's fastest juggler, and the world's slowest juggler! He's juggled the most axes. He's a "fruit ninja," as well as the world record holder for tasting ice cream while blind-folded, and biting apples while juggling.
That's just a sample of the more than 132 world records David Rush has claimed.

"I've just run the fastest mile, while juggling, while blindfolded," explains Rush, after completing yet another world record.

He's breaking records, in more ways than one.

"The record today is for the most vinyl records smashed in 30 seconds!" Rush tells the students of Future School in Garden City. "Now I realize most of you don't know what a vinyl record is. You can ask your parents about them when you get home tonight."

We have to imagine that it's a lot of hard work, practice, dedication and endurance to rake in these records. So, why does he do it?

He entertains students as a keynote speaker.

"This afternoon, I have prepared for you a show that will dazzle, delight, amaze, inspire and make you want to leave this Future Friday a better person!" exclaims Rush during a visit to Future School.

Rush also inspires the students to work hard, even when the subject matter is hard.

"It's easier to break a world record to get a kid excited than to explain the story of, 'Hey, I wasn't smart enough for the gifted program in the Idaho education system, and yet, I worked hard enough to where I got admitted to MIT and got my electrical engineering degree,'" Rush says.

"You might be tempted to say, 'That's too hard, that's too difficult.' I'm here to tell you today that that's not true," Rush explains to the students at Future School during his presentation.

If you want to see more about David Rush, his key-note speaking, or his world records, click here.

If you'd like to nominate someone as an Innovative Educator, you can email us at innovativeeducator@ktvb.com.