'This is the first step': Inclusive Idaho's town hall brings Boise leaders together to discuss the future of policing

Many questions from the community members in attendance focused on the city's budget and the proposed $1 million increase for Boise Police in next year's budget. 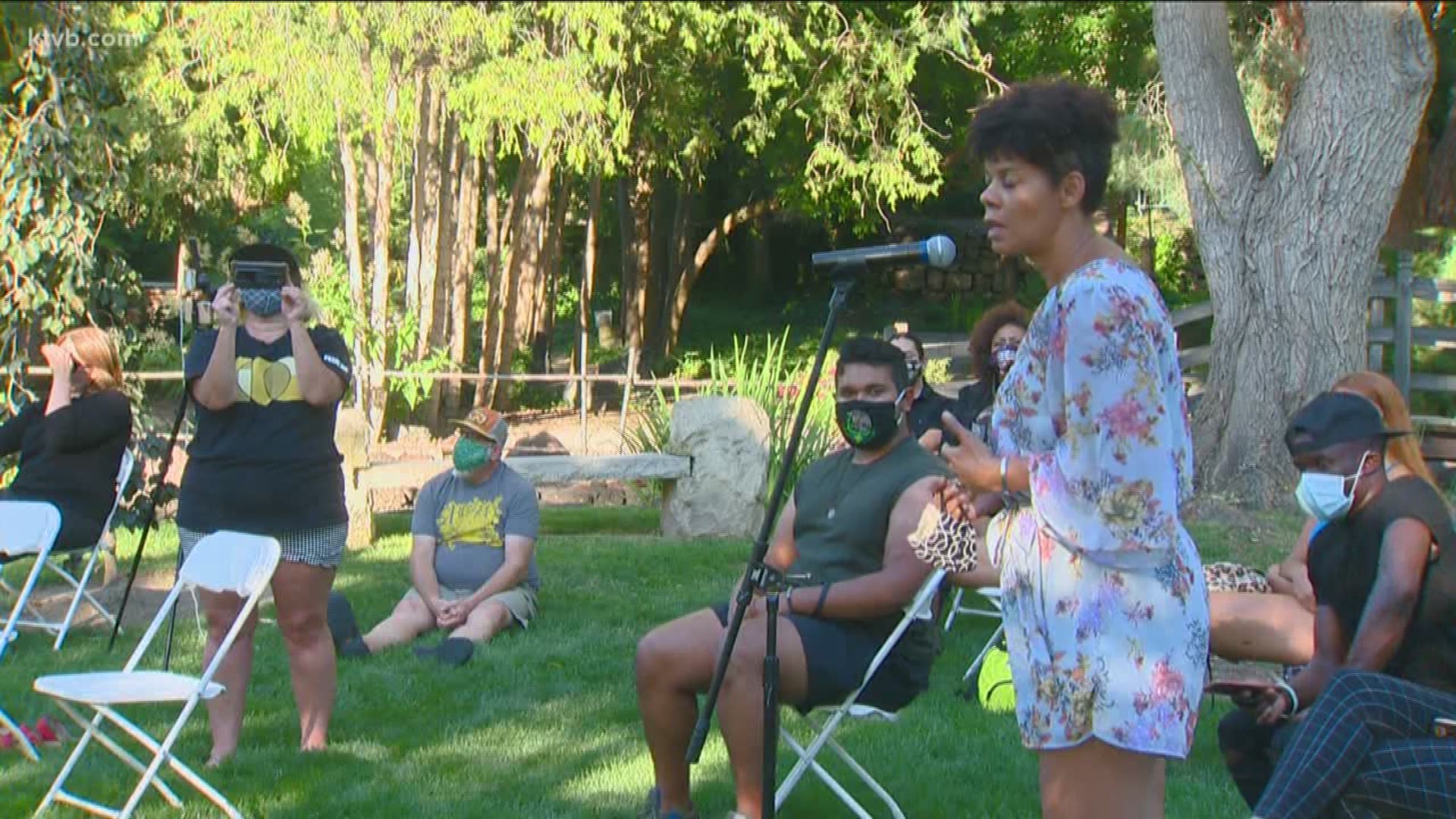 BOISE, Idaho — On Friday night, the nonprofit group Inclusive Idaho held a town hall meeting with Boise city leaders to discuss what comes next for the capital city in terms of equality and law enforcement policies.

Due to the ongoing coronavirus pandemic, the gathering was kept small with a handful of city leaders and a few dozen community members, representing Black Idahoans.

Many questions from the community members in attendance focused on the city's budget and the proposed $1 million increase for Boise Police in next year's budget.

Many members feel that money could be better allocated to other areas, such as addressing mental health crises and calls for service within the community.

Mayor Lauren McLean addressed that and said it's something she and the council are actively looking at.

"I agree with you, with all of you that we have to address mental health and addiction crises in our community," she said.

"It's a partnership between the city and other agencies and organizations," she added. "This can't just be that we rob Peter to pay Paul. But rather, how to build a community with many of you, address the needs that you identify, and create the plans to move us forward so we can serve our citizens in better ways."

Councilmember Lisa Sanchez said she fully supports the idea of reallocating some funding and resources to areas where it's most needed.

"It might be that yes, some of those resources are redirected," she said. "I got to be honest, I don't know how that's done but it's something I'm committed to learning."

Council President Elaine Clegg also voiced support for the idea, saying this is a chance to really look at how things are done and make changes to better the community.

"It's been a long wait for what I think is real opportunity to make systemic change not only in how we treat people of color but how we treat mental health, how we treat a lot of things in this country."

Many other questions from community members focused on police transparency and accountability.

One question asked Lee if the police department would be more transparent and begin to delineate the budget so the public could see exactly how taxpayer money is being spent.

Lee, who has only been on the job nine days, said that is one priority for him and something he is already looking to address.

Other questions asked Boise Police to be transparent in how officers are disciplined, especially for things like excessive force.

Winegar said most of those situations are dealt with through internal affairs but there is also the Office of Police Oversight that can investigate complaints and policy violations as well.

Whitney Mestelle, the executive director for Inclusive Idaho, said protests are important for getting the message out. But events like town hall discussions are also important and necessary to invoke change. The goal with Friday night's discussion was to encourage city leaders to start to take action.

"We need an opportunity to actually start those things people are protesting about and those policies they're shouting and the things they're marching in the street for," she said. "We need to start making them happen and this is the first step in that."

WATCH BELOW: Hundreds of protesters gather at Boise City Hall over the city's budget for police