'I'm so proud of them': Boys jump in to help school bus driver during medical emergency

The headache struck halfway through Larry Borchardt's usual route Wednesday afternoon, hitting him like a baseball bat to the skull. 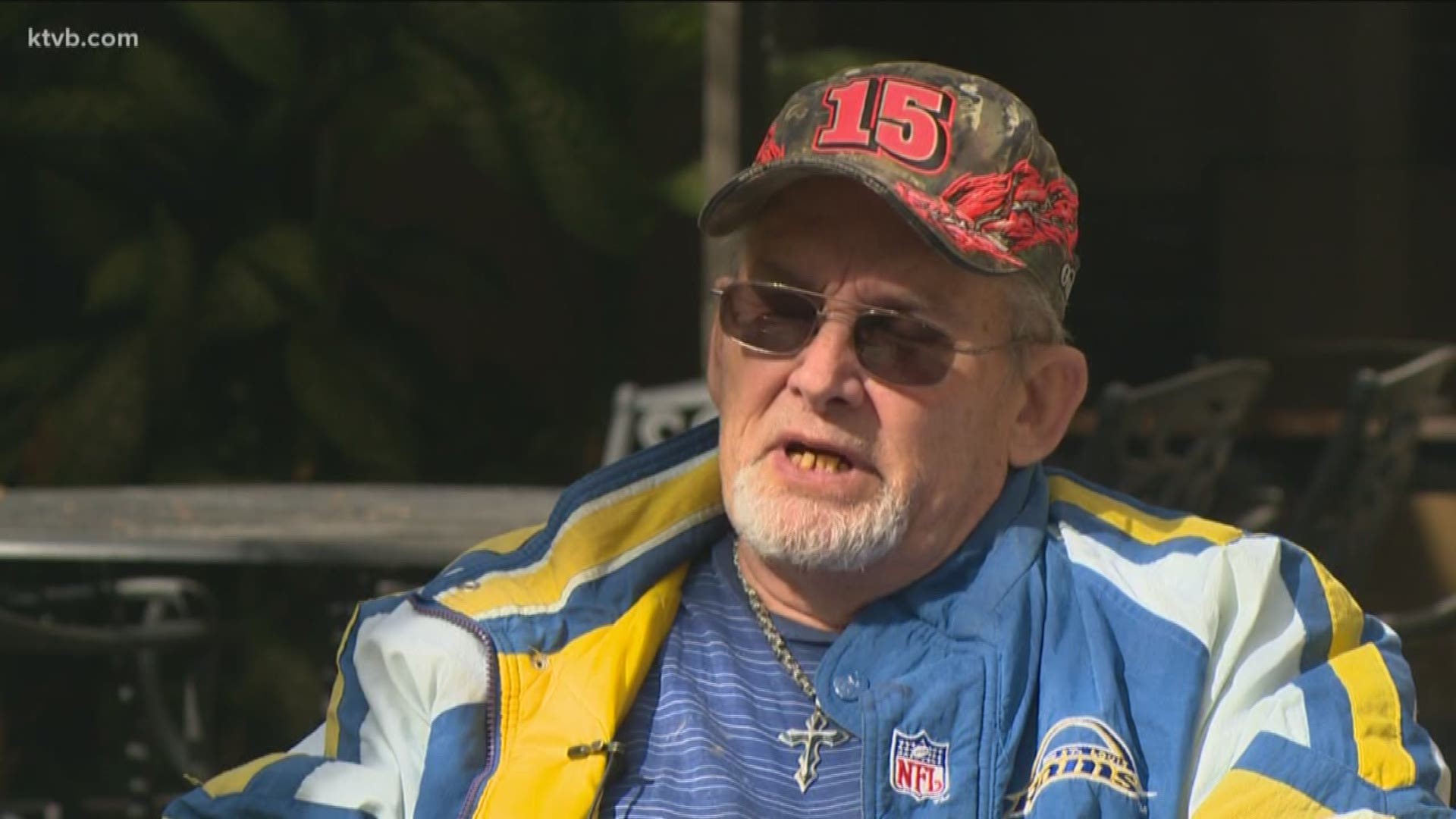 CALDWELL, Idaho — The headache struck halfway through Larry Borchardt's usual route Wednesday afternoon, hitting him like a baseball bat to the skull.

"I got a massive pain in my head, it really hurt bad. Then my vision went," he recalled. "I couldn't see much of anything, everything was blurry."

"When I lost my eyesight, that's what really made me panic because I knew I had 15 or 20 kids still on the bus, and I didn't know If I was going to be able to get it stopped or not," he said.

Years of muscle memory took over; Borchardt eased the bus to a stop, and locked on the brakes.

West Canyon Elementary fourth-grader Jacob Farris and fifth-grader Tyler Thompson at first thought another student was getting in trouble: Borchardt occasionally pulled over to talk to students who were cutting up or misbehaving.

But Borchardt didn't get up from his seat.

"I looked at him and he was leaning over with his hand over his heart breathing really heavily," Farris said.

Thompson also noticed something was wrong.

"He looked like he was blue, like sad or feeling bad, so I said, 'hey Larry, you OK?'" Thompson said.

Borchardt reached for the bus' two-way radio, calling out over the airwaves that he was having a medical emergency.

"The kids said I was screaming. I was hollering for help," he said. "I tried to tell them where I was at, and from then on I don't remember a whole lot."

But from the rows of seats behind him, Thompson and Farris leapt forward to help.

Thompson dialed 911 from his cellphone, as Farris tried to flag down other drivers.

"A car pulled up and I started banging on the back of the door trying to get their attention for them to come up in the bus to help us, because we didn't know where we are," Farris said. "I was thinking I was just going to get up and walk down to the end of the street and see what the sign was."

A woman got out of the car and climbed onto the bus to help. Police rushed to the scene, followed by a fire truck and ultimately an ambulance. Borchardt says he remembers only pieces of what happened after he pulled the bus over: emergency vehicles arriving, being carried from the bus.

"I wasn't that scared in Vietnam," Borchardt said. "I was terrified, but the boys took control."

Thompson and Farris said they worked together to calm the other students on the bus, who ranged in age from kindergarten to fifth grade.

"We thought he was just going to die or something. We were terrified," Farris said. "But Tyler here luckily had his phone on him, and I'm proud of him.  We wanted to help right away. We didn't want to stop until he was better."

Even days later, Borchardt tears up when he talks about how the boys reacted.

"The kids - they all seemed to know what to do," he said. "You'd think they would panic when they see an adult go down, but they stood right up and did what needed to be done, and I'm so proud of them."

"It's just totally awesome to know we have students out there that are capable of doing this and willing to do this," Brown Bus Manager Marie Harman said. "They think the world of Mr. Larry."

Borchardt was taken to the West Valley Medical Center for treatment. Doctors are still not entirely certain what happened, but tell Borchardt he is going to be OK.

He was prescribed medication and is scheduled for additional scans. His medical team has told him to get a few more days of rest before he gets back to his regular route.

Borchardt wasn't happy to hear that - he's itching to get back to his kids, he said, and knows just how to say thank you to the West Canyon boys who didn't hesitate when he needed them.

"I'm going to take a big bag of candy for each one of them kids," he said. "They can have Blow-Pops from now to the end of school."

Farris and Thompson can't wait to see their favorite bus driver behind the wheel again either. Borchardt is almost like a parent, they said, always looking out for them and the other students on his route.

"Every morning, he says, 'good morning,'" Farris added. "And I say it back, because he's loyal, he's kind, he's tough - he's a really good bus driver, and I wouldn't give him up for the world."