'I wouldn't trade it for anything': Authors from Eagle go to Spain for accessible hiking trip

The best friends were a focus of a documentary and a book about their 500-mile trek across Spain in a wheelchair. 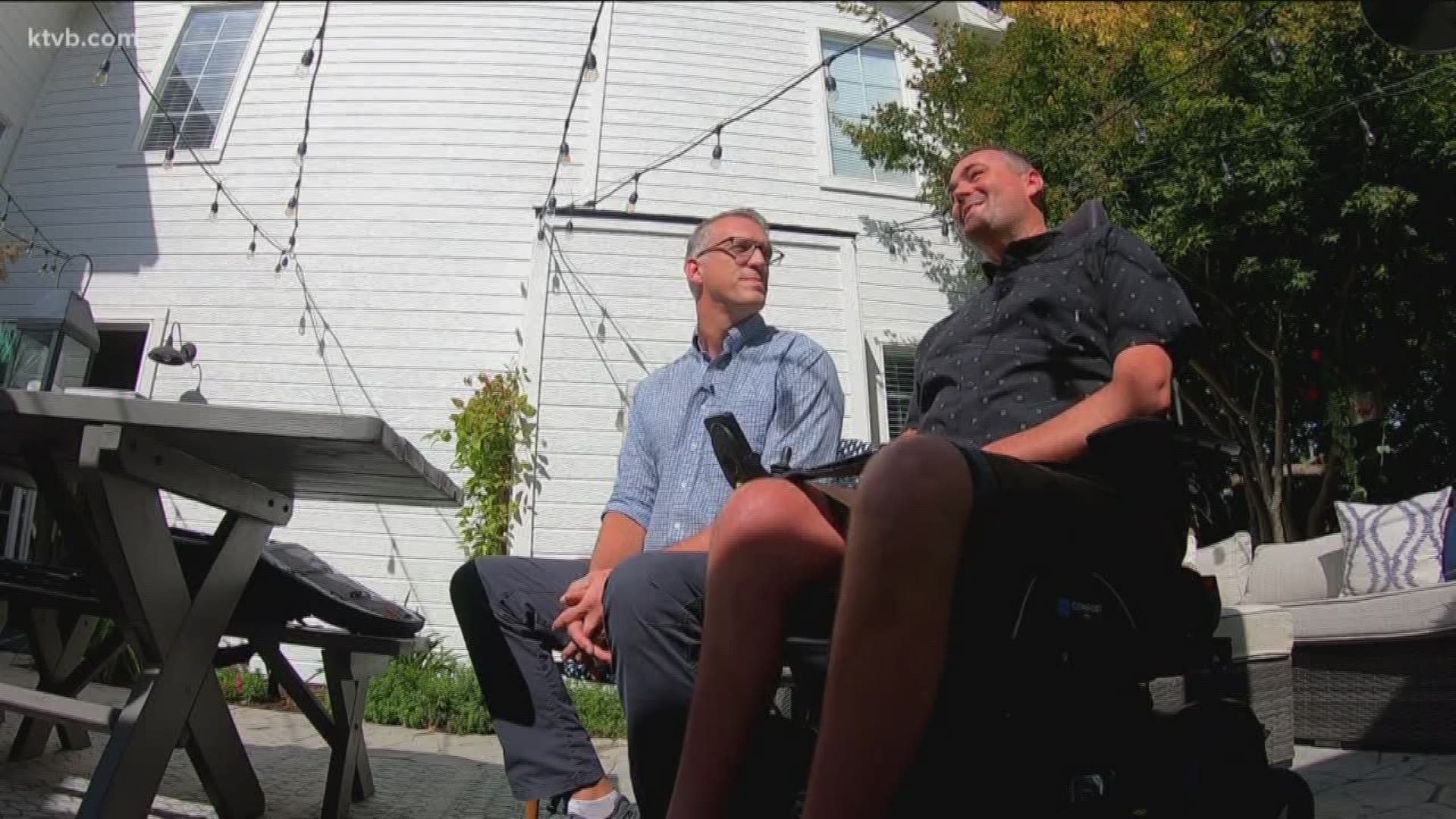 BOISE, Idaho — Justin Skeesuck and Patrick Gray, two best friends from Eagle, trekked 500 miles across Spain in the Camino de Santiago by wheelchair two years ago, and were the focus of a documentary and published a book, "I'll Push You," which details their trek.

Now, the pair are planning on going back to Spain to do the trek all over again - but they won't go alone this time.

Gray and Skeesuck were born 36 hours apart. A neuro-muscular disease took Skeesuck's ability to walk. However, that hasn't stopped the best friends from traveling together.

Skeesuck's path started when Gray pushed him 500 miles through Spain in the Camino de Santiago in 2014.

"I wouldn't trade it for anything because it's led me down a path that I never would've been on," Skeesuck explained. "When I had the idea of doing it I asked Patrick, I said 'Hey man, what do you think about going 500 miles across Spain with me?' and he said, 'I'll push you.'"

Those are the three words that would become the name of their inspiring book and documentary.

"We kinda just threw ourselves into the blender, just to see what would happen," Gray said.

Soon after their trip, they quickly realized that the sense of fulfillment they experienced together could be shared with even more people.

"Maybe we should take this gift that we've been given and experiences we've had and let's try to see if we can give other people that experience to do something they never thought they could do," Skeesuck said.

The group they formed is called, "I'll Push You Accessible Camino Group Trip," which is already getting people together to make the trip across Spain.

"We have ten people in wheelchairs and one gal who's visually impaired, and we're gonna do the last 111 kilometers of the Grand Camino," Gray said.

The trip is scheduled for two weeks from now and the best friends are excited to take people on the same journey that changed their lives.

"We hope to have these relationships with these people from here into years and decades to come," Gray added.