Although the #Idahug campaign was released recently, the response made two Boise men feel very hopeful. 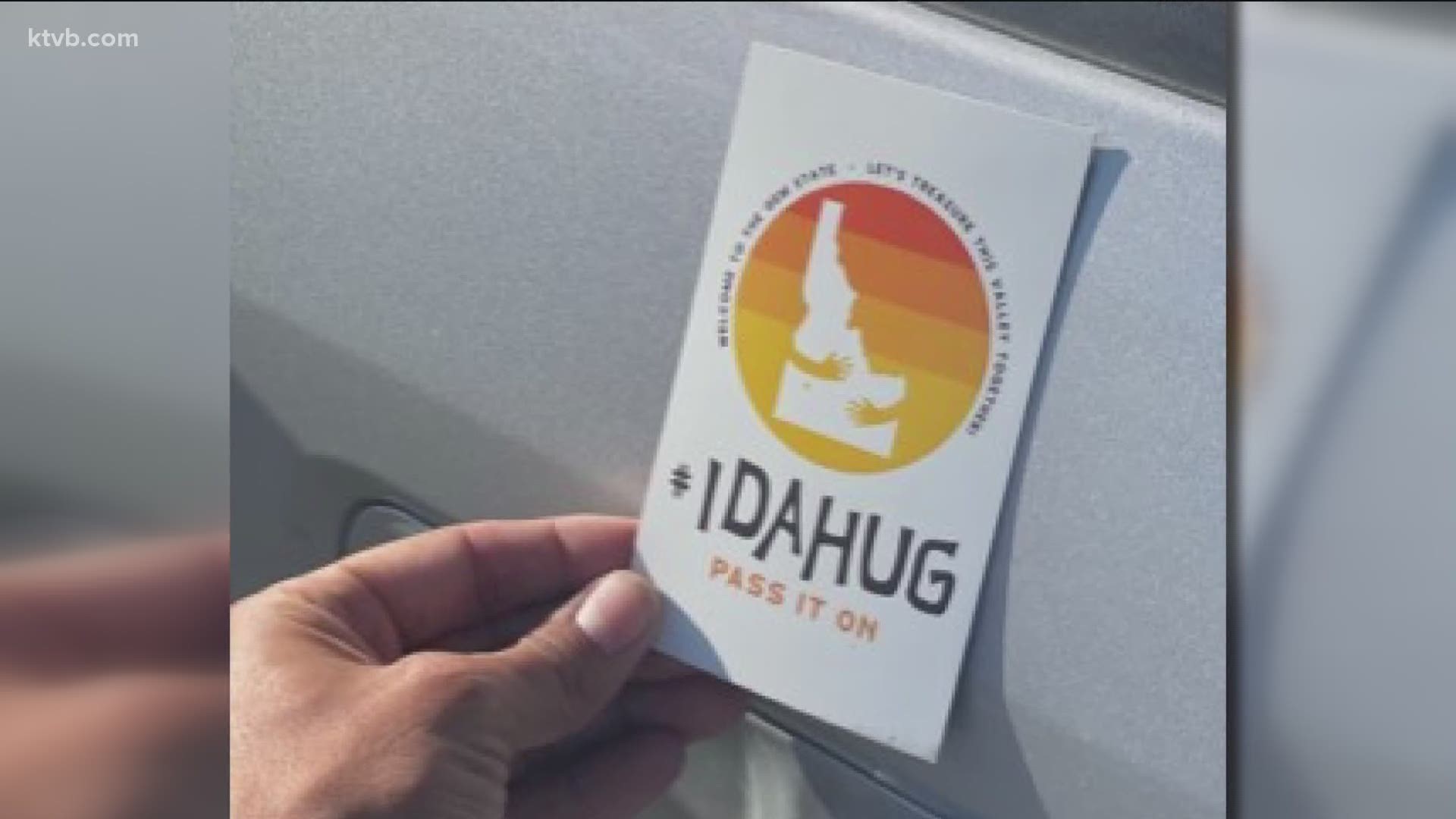 On a sunny Friday afternoon, two men from Do Work Realty spent their day sticking magnets with #Idahug on cars without Idaho license plates.

To change the narrative, Wills is passing out magnets and encouraging those who receive one to pass it on.

"The reason we made them magnets is if you get one of these, we want you to pass it along to the next person with an out-of-state license plate or share the image online with someone else from out of state," Wills said.

Although the #Idahug campaign was released recently, the response made Wills feel very hopeful.

"The makeup of our valley has changed, the population for sure has changed, but the love and the care and the neighborliness of the person next to you has not changed," he said. "Although the narrative around anti-growth is there, I truly believe at the heart of me that there are more people in the Treasure Valley that truly care about everyone who is coming here and want to make sure that they feel welcome."

Since revealing the campaign, Wills has received messages from people he does not know asking if he is able to mail the magnets. He has also received requests for T-shirts and stickers.