250 million robocalls were sent out to Idaho residents and Attorney General Laurence Wasden wants to put an end to it. 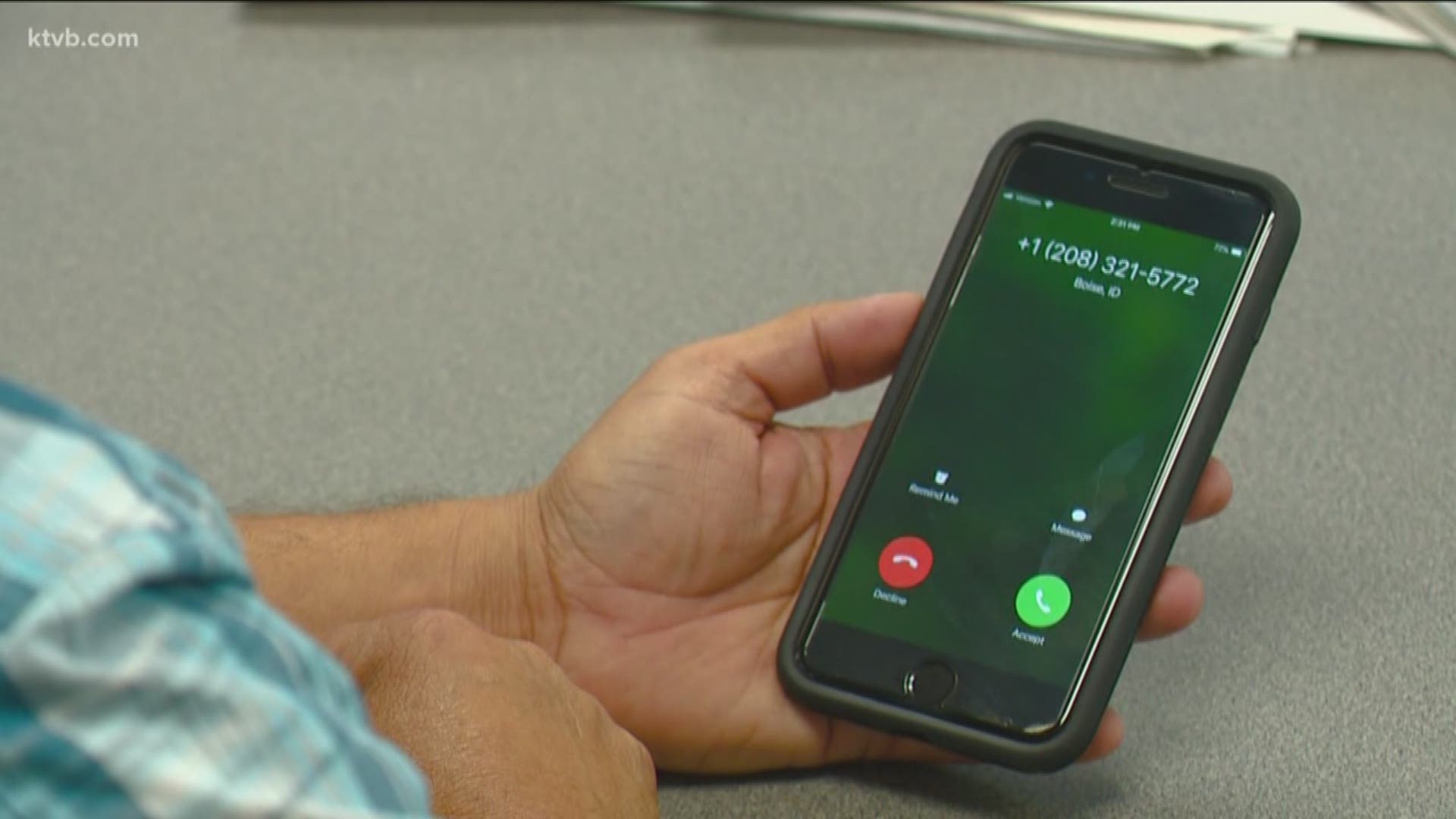 In July alone, 4.7 billion robocalls were received around the U.S., which equates to someone getting a robocall every 1.7 seconds.

"It's like the rain, it's a national phenomenon," Richard Gentry, a local restaurant manager said. "You can't avoid it at this point."

Robocalls have gotten out of control, and the Idaho Attorney General knows this, which is why they joined forces with phone companies in the first place.

"It's your customers that are getting unwanted illegal calls on your phone lines and you're charging them money," Brett DeLang, Idaho's deputy attorney general, said about the 12 partnering phone companies. "So you probably have an interest, we certainly do - these are our citizens."

RELATED: Scam alert: No, your Social Security number is not being canceled

DeLang said that Idaho receives roughly 250 million robocalls a year, and the state's population is a little over 1.7 million, which breaks down to each person is called by a scammer roughly 147 times a year.

Phone companies will also assist in helping attorney generals across the country enforce the law, utilizing new tech to trace robocalls back to the source.

"They don't care about the law, but they don't wanna get caught, and so they hide," DeLang said. "We've tried to run these people down [ourselves] and it's not an easy task."

Even with these joint efforts, one Boise man doesn't believe he will see an end to calls about his social security, student loans, or his "expired car warranty".

"It's not gonna make much of a difference, I don't think," Gentry said. "Robocallers will find a new way to keep doing it."