The teen and his stepdad were heading to their last trail for the day when they found the word 'help' etched in the ground. 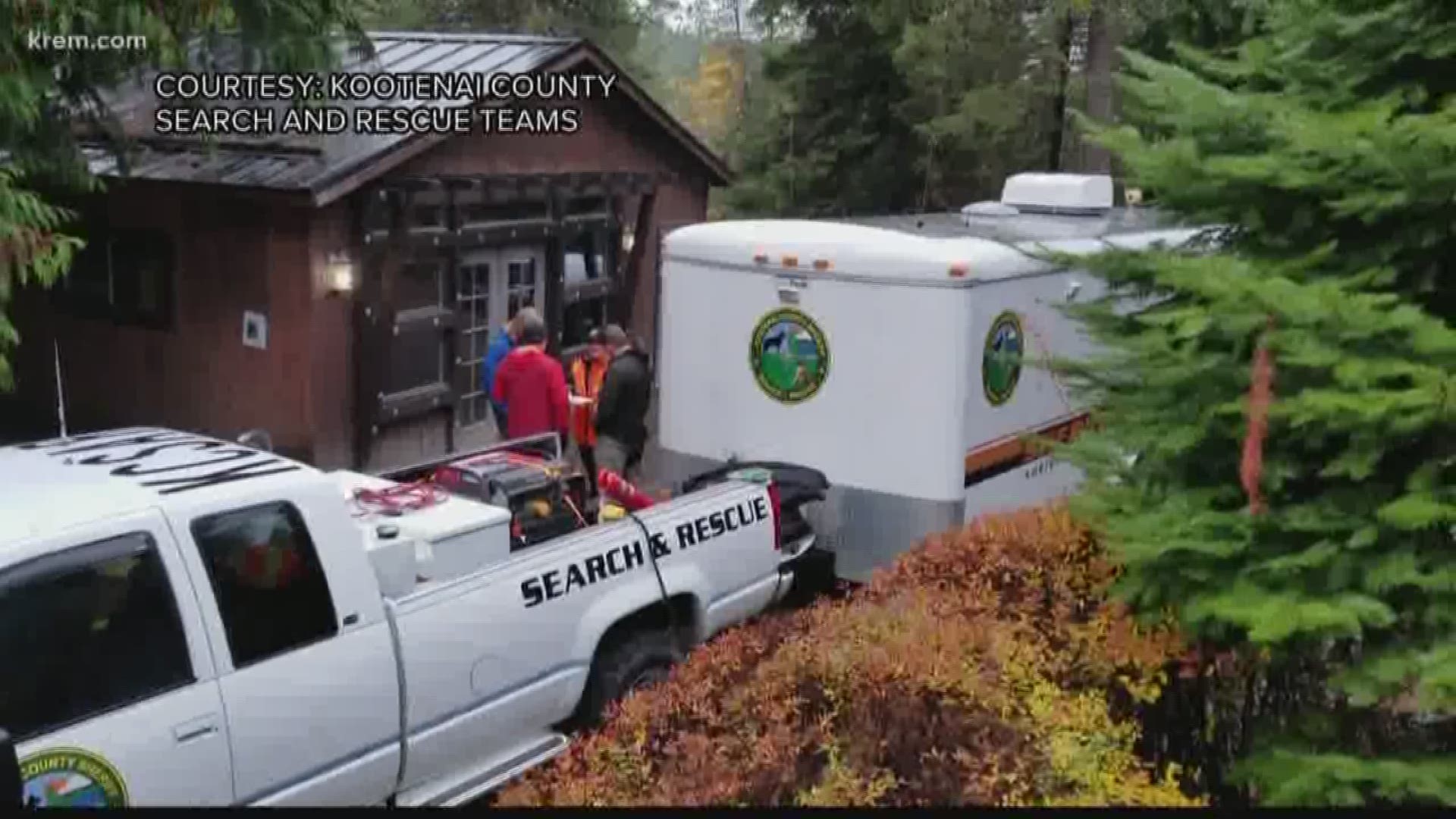 HAYDEN, ID – A teenage boy and his stepdad were taking one of their frequent hiking trips when they found 19-year-old Kathryn “Katie” Ogle.

Ogle, who is from Hayden, was reported missing on November 1. More than 60 search and rescue crews from Kootenai, Bonner, Spokane and Shoshone counties were involved in the search.

Ogle is known to have the cognitive ability of a 10 to 12-year-old, authorities said.

Fifteen-year-old Ryle Gordon and his stepdad Chris Trumbich went to their family cabin for a hunting trip near Ohio Match Road in Hayden.

They were heading to their last trail for the day at around 4:30 p.m. on Saturday when they found a word etched in the ground.

“You could see that somebody wrote ‘Help’ in the road with a stick and mud,” Gordon said. “Me and my (step)dad kind of panicked.”

Rescue crews had been searching the area since Thursday and had a command post set up about four miles from where Gordon found the ‘Help’ drawing.

He and his stepdad walked a bit further up the trail, and that’s when they found her. He said they immediately drove down to the command center to alert the rescue team.

“The ambulance followed us up there,” Gordon said. “They heard somebody saying something, so we all got really quiet, and then one of them yelled, ‘Hello.’ She said, ‘Help.’ She was right there by a small fire and leaning up against a tree.”

Ogle was not far from Gordon and Trumbich’s cabin. Gordon said when they went to visit the cabin, they found an open can of nuts, some used matches and that one of their sleeping bags was missing. It was the one Ogle was lying in beside the tree.

The Kootenai County Sheriff’s Office said Ogle is in the hospital receiving medical treatment but she seems to be in fair condition.