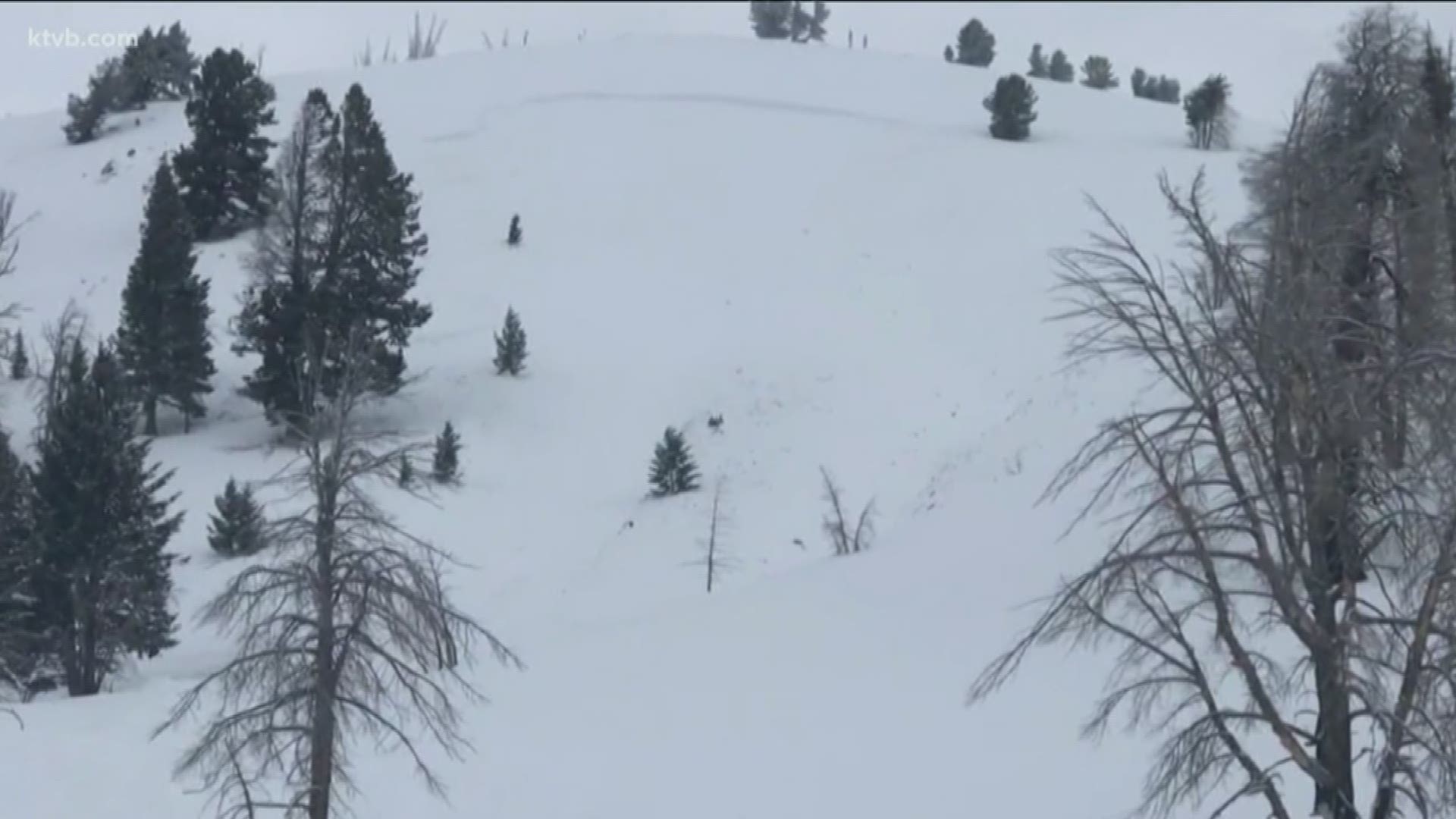 BOISE, Idaho — We have new video of the scene where a snowmobiler died after getting caught in an avalanche last week.

It happened northwest of Ketchum in the Baker Creek drainage.

Officials say the slide started at about 9,200 feet in elevation and was about eight feet deep at the bottom of the slide.

Anyone who is planning to head into avalanche prone areas of Idaho's backcountry is urged to stick to gentler terrain.

Avalanche experts are warning of "considerable" avalanche danger in the Sawtooth region of central Idaho.

This map shows increased avalanche danger in a large portion of the Sawtooth National Forest.

Officials there said the slides happened on weak snow buried in the snowpack.