After each game, a donation is provided toward a pair of shoes for a child in need. 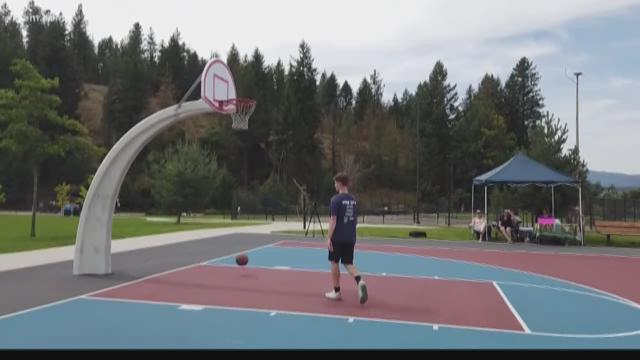 COEUR D'ALENE, Idaho — Jakob Peterson is only 17 years old and going into his senior year of high school, but the Post Falls native is already making an impact in his community

Kix for Kids started when Jakob came across a kid who had to cut holes in his shoes to make them fit.

That stuck with him and he wanted to do something about it so he started a fundraiser that challenges you to a game of one-on-one basketball. If you lose you donate five dollars and he’ll do the same if he’s on the losing end.

“It makes me feel good, especially since it’s not just me,” said Jakob. “Something I heard, is that a great thing doesn’t happen just because of one person. It’s a bunch of good people coming together.”

Jakob has already raised over 700 dollars. For those who didn’t want to lace up the sneakers and play basketball. He set up a Facebook page for anyone who wants to contribute.

Jakob’s family and friends were right by his side rooting him on, and his mother loved the initiative he showed with this movement.

“I found out he posted on Facebook that he was going to do this event before he talked to me or anything. He just decided there was a need and wanted to make a difference, Laurie Peterson proclaimed.

The proceeds will go to places like the boys and girls club, union gospel mission and any other kids who are in need.