Bonners Ferry residents can now be charged with a misdemeanor for relieving themselves on public property. 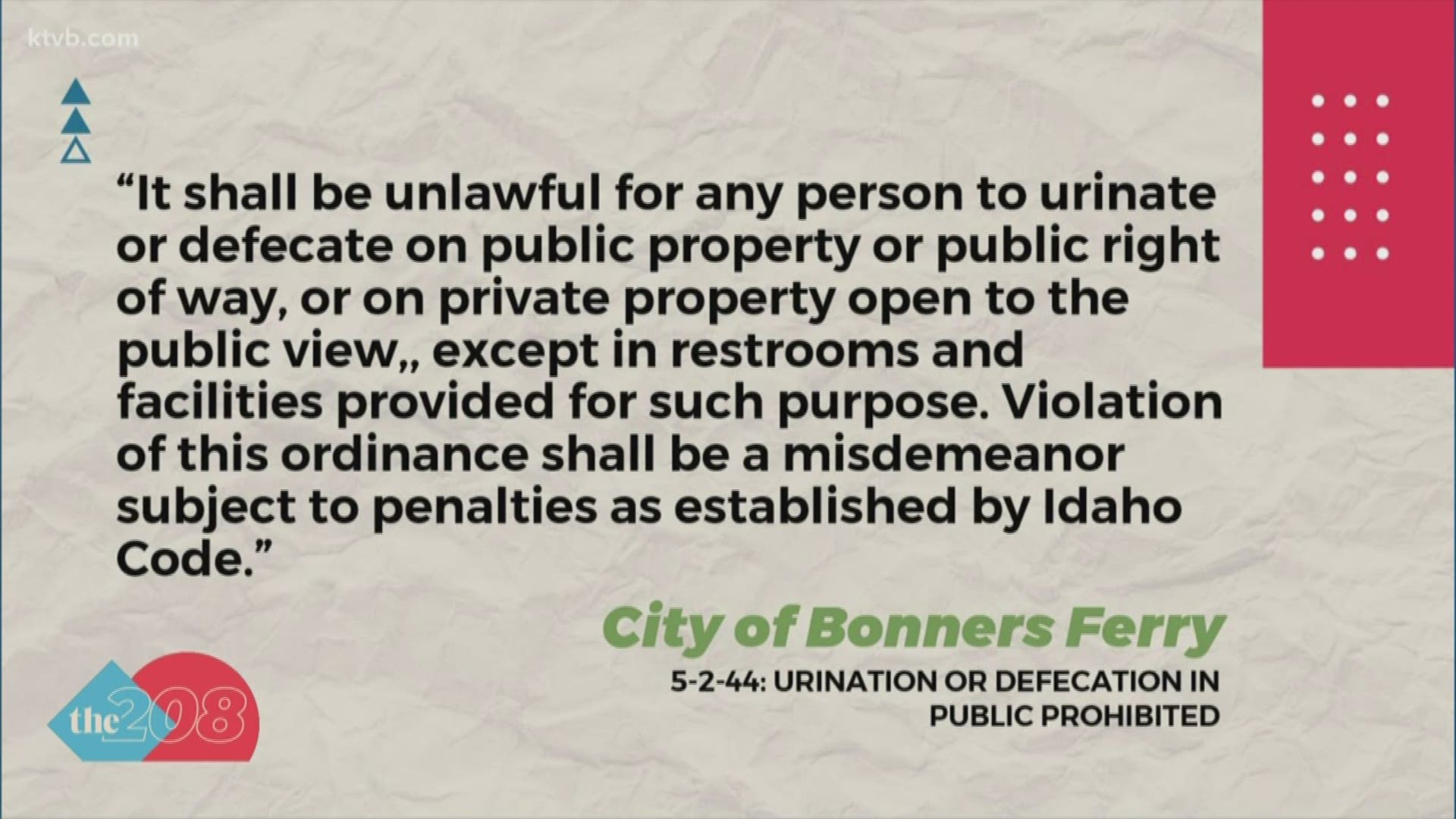 BONNERS FERRY, Idaho — Like most Idaho counties, nearly all public restrooms have been closed amid the coronavirus pandemic. Even counties with no confirmed cases, such as Boundary County in Northern Idaho, have implemented preventative measures to keep residents safe.

Although Boundary County has yet to confirm a case of COVID-19, a different issue has broken out in Bonners Ferry.

A recent string of calls were made to Bonners Ferry Police reporting that residents were relieving themselves in public spaces.

The calls became so frequent that Bonners Ferry City Council was forced to pass a city-wide ordinance making it a misdemeanor to use the restroom on or in view of public property.

Bonners Ferry city attorney Andrakay Pluid said most of the incidents were intentional, almost like a punishment for the city closing public restrooms.

Pluid added that the city council decided to create the ordinance because current statutes do not cover defecation and urination in public.

So, it sounds like this needs to be said publically:

Do not poop or urinate on your neighbor's lawn or anywhere that is not a private, far-from-plain-sight restroom.

RELATED: 208 Redial: Darth Tater continues to be the hot potato after 26 years