Lemhi County sheriff: DeOrr's case 'has to be a homicide'

"We've given them too many opportunities to tell us what happened, if it was an accident, and there's been no interest in going that direction. So that tells me there's only one other possibility - it has to be a homicide," Lemhi County Sheriff Lynn Bowerman said. 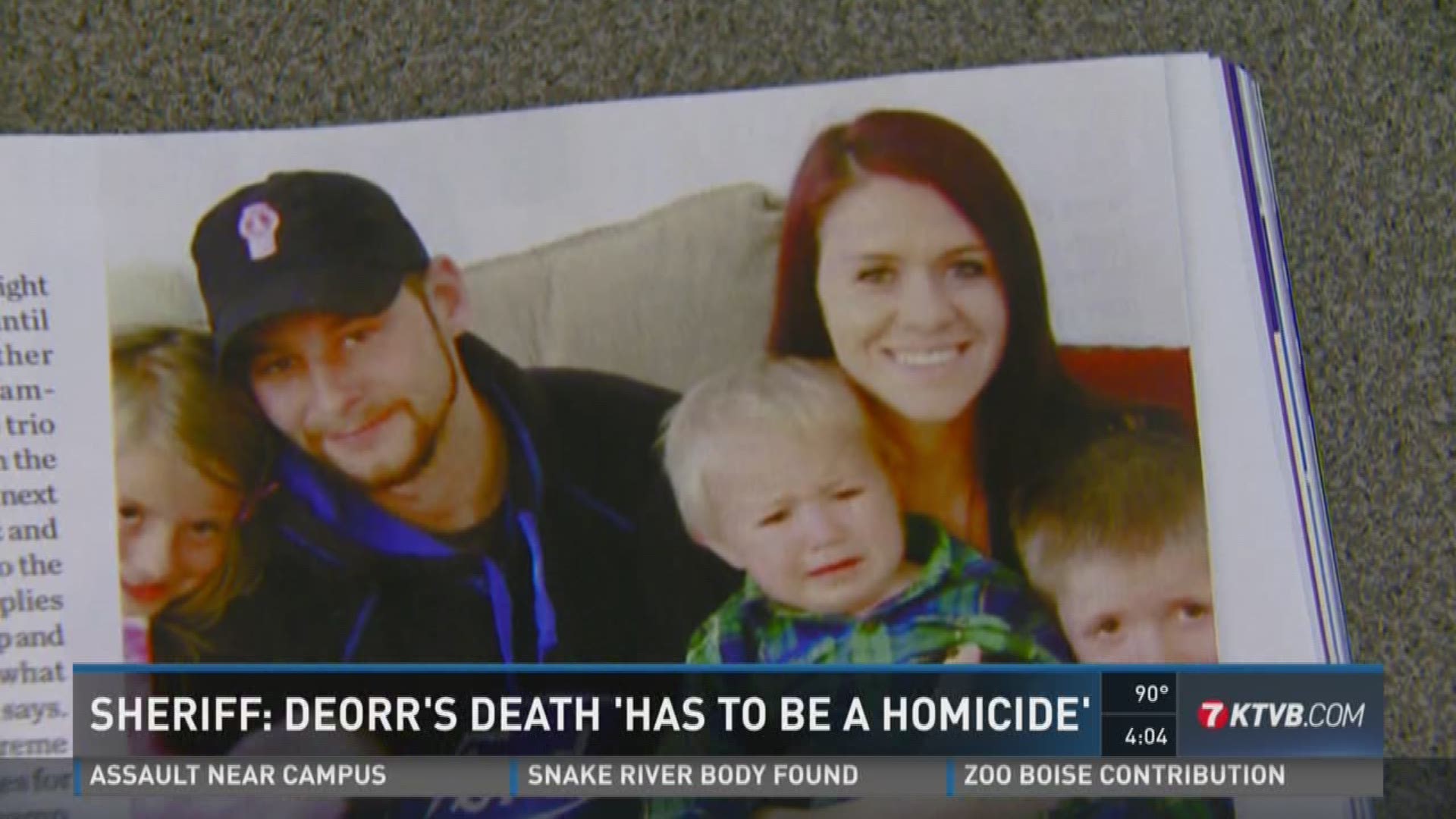 BOISE - It' has been nearly a year now since 2-year-old DeOrr Kunz Jr. went missing while on a camping trip with his family near Leadore, Idaho. It's a story that's garnered national attention, especially with last week's People Magazine article in which the toddler's parents outline what happened that day, and what they've done since.

On Thursday, Lemhi County Sheriff Lynn Bowerman told KTVB he thinks the parents are hiding something. Sheriff Bowerman says he, along with other agencies, have searched from air to ground, turning over logs, digging holes, checking mine shafts and the rivers and reservoirs in that area, and still have no trace.

"We searched as far as Mexico, Canada, Virginia, back East, everywhere - even oversees," Sheriff Bowerman said. "We had a couple of tips that they were convinced they saw him in Germany or someplace, it's like, 'you've gotta be kidding me.' "

Sheriff Bowerman says after spending countless hours at the campground, where the 3-year-old disappeared, he has no plans of going back.

"I think it's pointless to continue searching in this area because I honestly don't believe he's there," Sheriff Bowerman said.

The toddler's parents, Jessica Mitchell and DeOrr Kunz, insist their son was there that day. However, Sheriff Bowerman says things aren't adding up.

"They painted themselves into a corner when they identified DeOrr as wearing floppy boots that he couldn't stay in when he walked. He would walk out of them, they were constantly falling off," Bowerman said. "If an animal would have snatched him the boots would have fallen off, and I'm pretty confident even if an adult would have snatched him. They wouldn't have taken the time to try to round up his boots as they're trying to cart him away."

Back in January, the Lemhi County Sheriff's Office named both Mitchell and Kunz suspects in their missing toddler's case. The sheriff claiming both had been "less than truthful." Sheriff Bowerman added since their son's disappearance each parent has failed multiple polygraph tests.

Leaving Sheriff Bowerman to believe something worse may have happened to the child.

"We've given them too many opportunities to tell us what happened, if it was an accident, and there's been no interest in going that direction. So that tells me there's only one other possibility, it has to be a homicide," Sheriff Bowerman said.

Both Mitchell and Kunz maintain they have nothing to hide. Mitchell's mother, Trina Bates Clegg, has told KTVB she does not believe her grandson is dead or that he was intentionally killed.

Sheriff Bowerman says until they can get a solid, viable tip, he believes this case will remain a cold case.

"We want to publicly say that we support his statements ... we believe this case to be an intentional homicide with the suspects being Vernal Deorr Kunz and Jessica Mitchell," Klein says in the release.

The release also states : "We have said one thing all along in this case - the evidence will lead us to the truth. And we want to assure you the public that we are getting there.."