Idaho's Jacob Maxwell advances on 'The Voice' to the Top 24 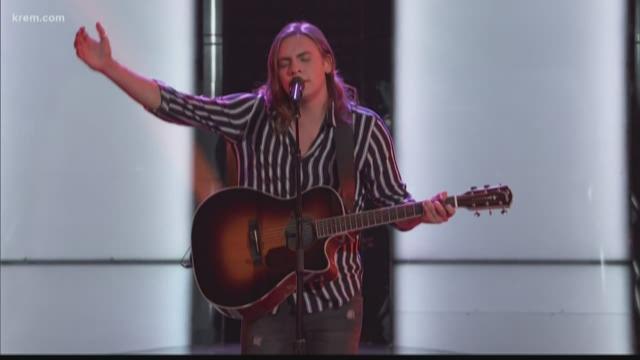 A Coeur d’Alene native is moving forward to the Top 24 of NBC singing show “The Voice” after judge John Legend saved him during the Cross Battles round on Tuesday.

Jacob Maxwell, 20, faced off against Carter Lloyd of Team Blake with a rendition of the Shania Twain song “You’re Still the One.”

Watch the video below

Carter Lloyd Horne of Team Shelton – who sang a cover of “Way Down We Go”  by KALEO – originally eliminated Maxwell from Team Legend but the coach used his last save to keep him on the show.

"I love working with you and think you have so much more in store," Legend told Maxwell.

Fans of the show had mixed feelings about Maxwell's spot in the Top 24. Some said they were excited about the decision on Twitter and thanked Legend – profusely – for using his save. Others were disappointed.

Team Shelton has the most singers heading into the Top 24 with eight, followed by six for Team Legend, six for Team Kelly and four for Team Adam.

Maxwell moved forward to the Cross Battles round after he bested fellow Team Legend member Talon Cardon during the show’s Battle Rounds in early April.

RELATED: Coeur d'Alene native moves forward on 'The Voice' after winning battle round

Maxwell and Cardon sang a cover of "Every Little Thing She Does is Magic" by The Police, which judge Adam Levine said is one his favorite songs.

In early March, he first wowed judges during blind auditions for the show when he sang a cover of the Taylor Swift song “Delicate" during his audition.

Watch Maxwell sing "Still the One" in the Cross Battles round below: