The Snake River locations include Centennial Waterfront Park in Twin Falls and the C.J. Strike Reservoir south of Mountain Home. 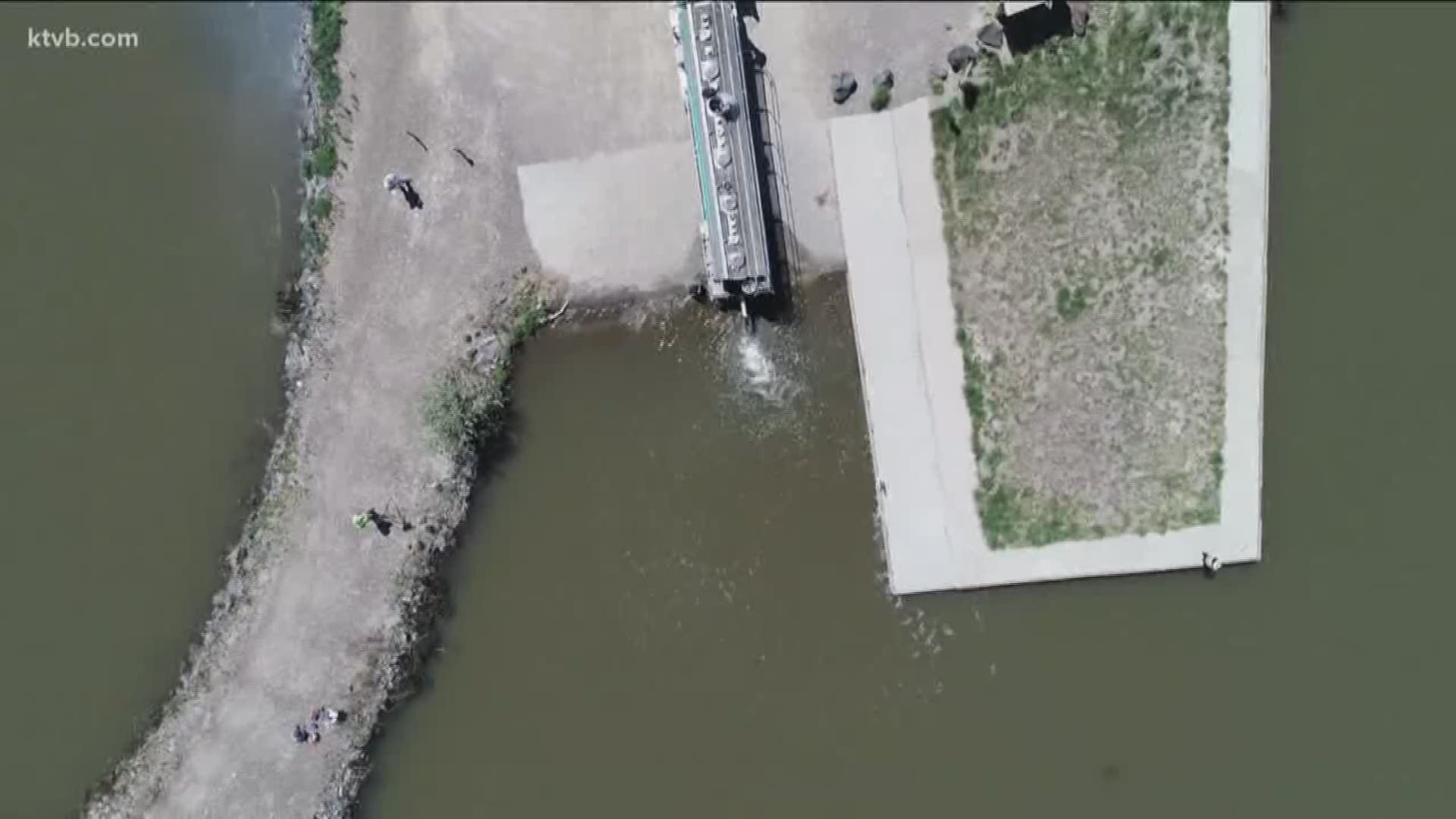 Idaho Power is releasing over 78,000 rainbow trout along Idaho’s Snake River in October.

Anglers nabbing any of the tagged fish will also have a chance to enter a $1,000 drawing.

This week, 70,000 rainbow trout were dropped into Snake River locations near Twin Falls and Mountain Home.

The majority of the fish - 52,000 trout - went into the C.J. Strike Reservoir south of Mountain Home. The releases were split between the Cottonwood Park boat launch and the Jack’s Creek Sportsman’s Access.

There were 4,000 fish released into Centennial Waterfront Park in Twin Falls.

WATCH BELOW: Idaho Power releases some of the trout with underwater and drone footage

And at the Lower Salmon Falls Reservoir, 15,000 fish were released at the Bell Rapids boat ramp.

The American Falls Reservoir will get an additional 8,000 later this month.

The fish, an average 10 to 12 inches when released, are raised in Hagerman Valley. Some of the fish have metal jaw tags. Anglers can report tagged fish, recording the tag number, date, reward value and approximate location caught, at 1 (800) 388-6011. Anyone who calls with fish information will be entered in a $1,000 drawing.

Idaho Power is required to enhance recreation as a stipulation for its federal license to operate hydroelectric facilities on the Snake River.