Areas of Idaho can expect a shorter irrigation season this summer

More than 11% of Idaho is in either severe or extreme drought-level conditions, according to the Idaho Department of Water Resources. 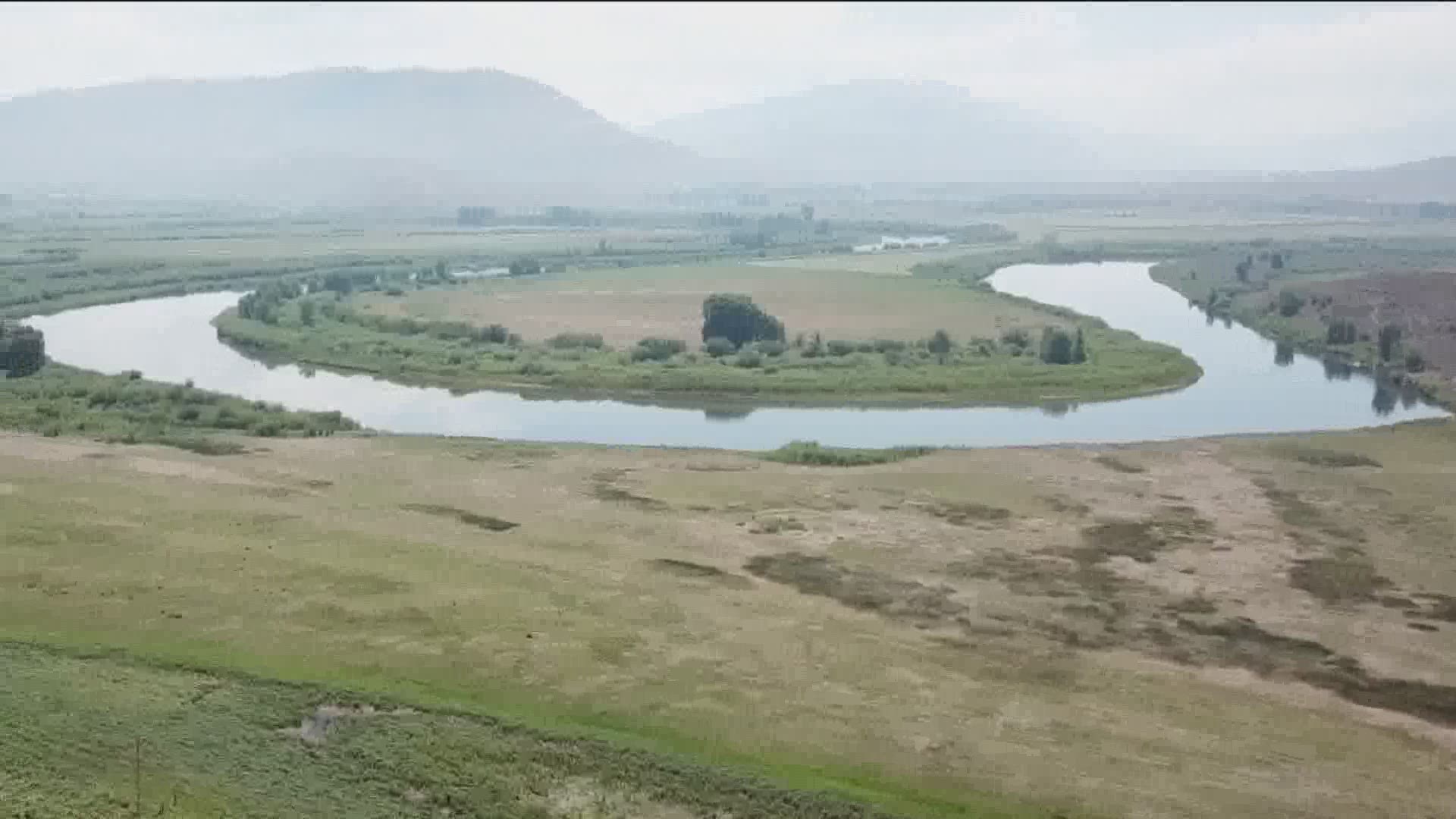 BOISE, Idaho — Farmers in central Idaho can expect to see a much shorter irrigation season this summer.

The latest numbers from the National Integrated Drought Information System show more than 11% of Idaho is in either severe or extreme drought level conditions, which could lead to further water shortages for the agriculture industry.

"This is a really unprecedented dry spell that we're in right now," said David Hoekema, a hydrologist for the Idaho Department of Water Resources (IDWR). "That's caused the forecast to drop dramatically across the state."

After a dry March and April, Spring 2021 is one of the driest on record in the Gem State. According to IDWR, the only other years that were drier were in 1924 and 1926.

2021 is a La Nina year, so many forecasters and hydrologists expected cooler weather and more precipitation. The snowpack developed less than what typical levels are during that type of weather pattern. IDWR said snowpack levels weren't a concern, but the lack of spring storms is raising worries.

Many of the reservoir systems in Idaho, like the Snake River, Boise River and Payette River, are pretty full coming out of last year. However, basins with smaller reservoirs, like Magic Reservoir and Big Lost Rivers, are looking at water shortages.

"Unless they have a really wet June, they could be running out of storage sometime in July," Hoekema said. "June rain would only mitigate the issue, it's not going to recover the system. At this point, there's just going to be some significant water shortages in smaller private irrigation systems."

To prepare for years like this, IDWR said basins and reservoirs can do things like recharge aquifers, which would basically replace the water. Unfortunately, Idaho began seeing these types of drought-level conditions near the end of 2019.

"You get two years without adequate water supply in those basins, there's just not a lot you can do about it," Hoekema said.

Typically, farmers are using irrigation water well into September. If all the water in the basin is used up by the middle of summer, it limits what farmers can grow.

"When it's this bad, there's not much the Department of Water Resources can do other than working with water masters [and] making sure water is distributed in priority," Hoekema said.

RELATED: Watch wildfires in the West: