Idaho has some of the most polluted areas in the country

A new report from the American Lung Association attributes the increase in particle pollution to wildfires in the region. 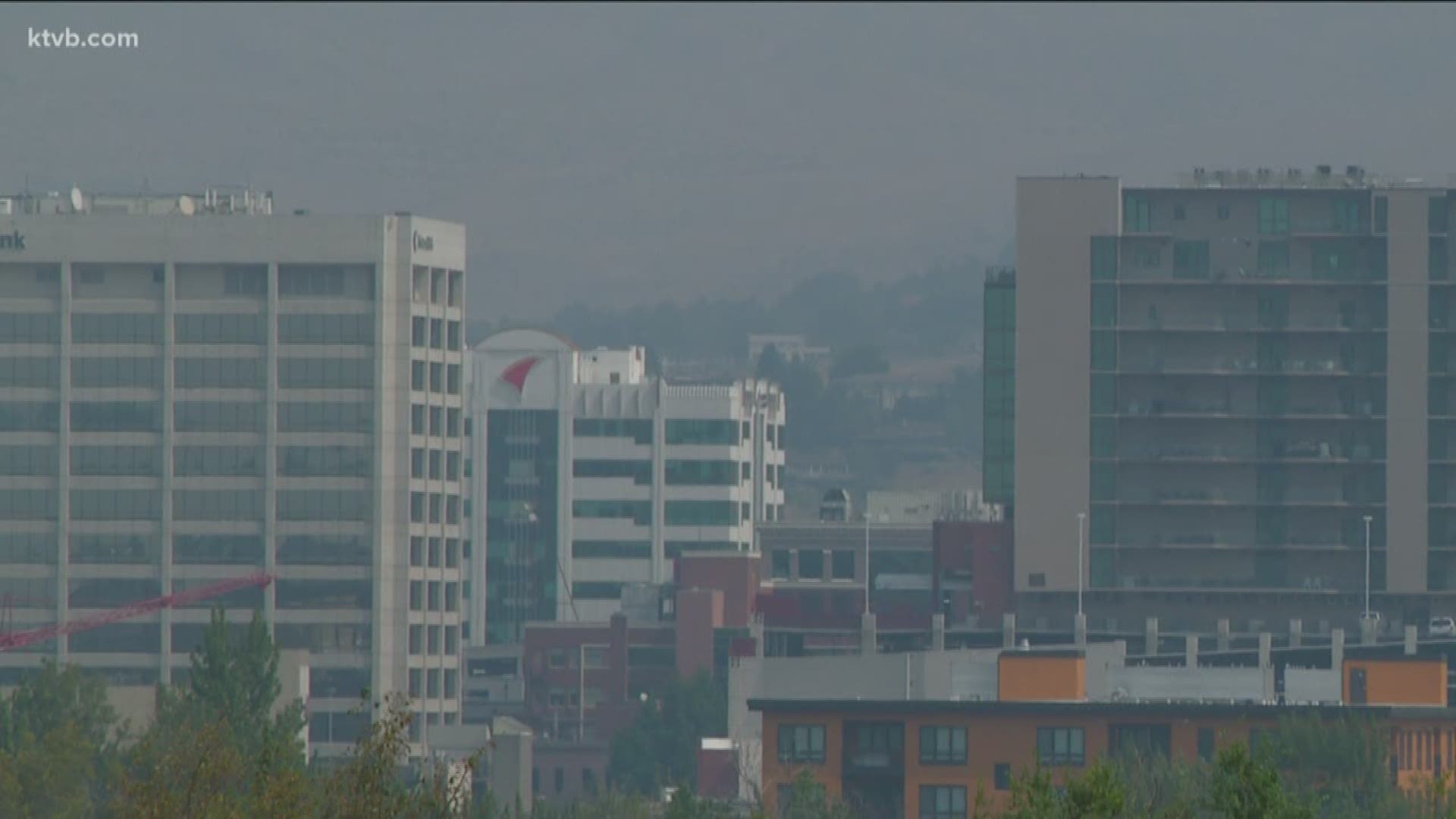 BOISE, Idaho — Air quality across the state is getting worse, according to a new report from the American Lung Association, and much of the blame can be attributed to wildfires.

Idaho is now home to several of the top 25 most polluted areas in the country.

2019 "State of the Air" report tracked short-term spikes in particle pollution, which can be extremely dangerous, and even lethal.

RELATED: Thanks to a snowy winter, southern Idaho can expect a delayed fire season

The spikes are increasing in frequency and intensity, and several areas of the state experienced more days on average of higher particle pollution usually during wildfire season, according to the report.

"People in Idaho should know that we're breathing unhealthy air, and much of this unhealthy air is driven by wildfires that are a result of climate change," said Heather Kimmel, Health Promotions Director for the American Lung Association in Idaho in a press release. "Such polluted air places our health and lives at risk.  The 'State of the Air' report highlights that more than four in 10 Americans are living with unhealthy air, and we have to do more to protect public health."

The Logan Utah-Idaho, Coeur d'Alene-Spokane Valley and Pocatello areas ranked as the 11th, 15th and 25th most polluted areas for short-term particle pollution respectively in the U.S., worse than last year.

No Idaho county in the report received higher than a "D" grade for particle pollution.

Both ozone and particle pollution are dangerous to public health and can increase the risk of premature death and other serious health effects.

"Particle pollution is made of soot or tiny particles that come from coal-fired power plants, diesel emissions, wildfires and wood-burning devices. These particles are so small that they can lodge deep in the lungs and trigger asthma attacks, heart attacks and strokes, and worse," said Kimmel.

Here is a ranking of the Top 25 most polluted cities for short-term particle pollution: