'I think it's going to be life-changing': Agencies team up to roll out ID machines in Idaho prisons

Officials say the machines will help inmates integrate back into society once they're released. 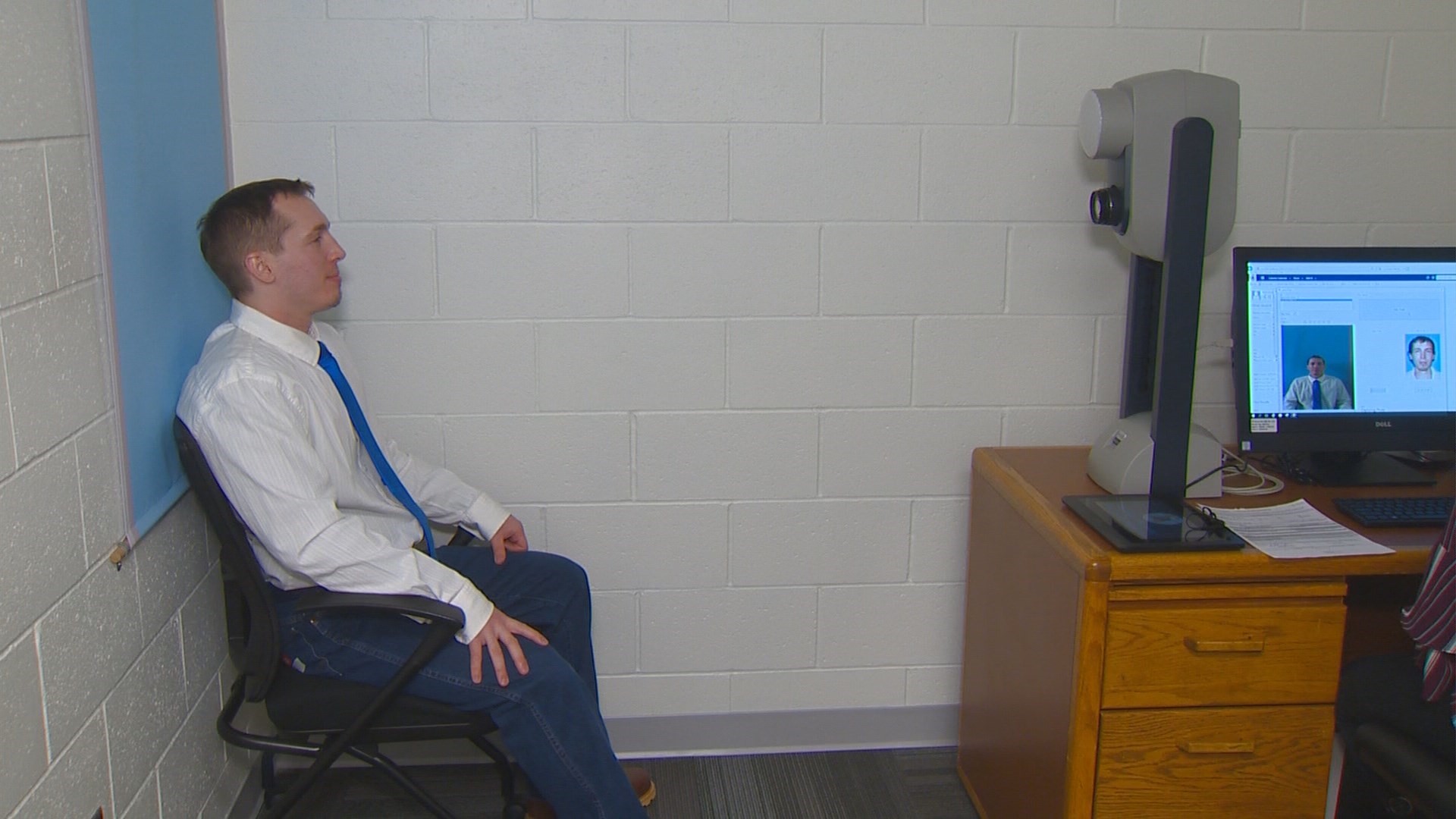 BOISE, Idaho — Idaho is now on the cutting edge of helping inmates succeed when they're released back into the community.

Talks started a few years ago about putting some form of ID machines in the state's prisons.After recognizing the issue, multiple agencies and community members came together to make it happen.

Currently, a pilot program is being rolled out in four state prisons.

Imagine not having a way to get a job, an apartment, a bank account, or a car. It's something a lot of us take for granted, not realizing how difficult it may be to get an identification card.

Dominic Hinton is getting out of prison in July after about a year-and-a-half. While incarcerated, he says his ID expired.

On Thursday, he got dressed up to get his picture taken, filled out his information, and signed paperwork in Idaho State Correctional Institution. In just a few minutes, everything was sent off to the DMV. When he's released, he'll get a brand new ID.

“[I am] very nervous to get out but having an ID is another step that’s going to be easier to get a job, easier to get everything else done when I get out there,” Hinton said. “If you're wondering how you're going to get down to the DMV, if you’re wondering how you’re going to pay for it, having it already is really going to help out. So I can just go to an employer and say, hey, I want to work, here's an ID right away.”

Knowing his license was expired was an overwhelming feeling, but now Hinton feels relief.

The Idaho Department of Correction said Hinton is one of many whose ID expires, is lost, or is taken and destroyed upon incarceration. Posing a difficult situation, many inmates may not be able to find the necessary documentation required to obtain a new ID. Deputy Chief of Prisons Ross Castleton says in some cases when an individual is arrested and put in jail – before prison – their IDs will be taken and destroyed.

“When you get out you don't have anything," Hinton said. "This is a big help."

Jodi Peterson, executive director of the Interfaith Sanctuary homeless shelter in Boise, says former inmates can't really "do anything" until they get an official identification.

A few years ago, Peterson worked with a homeless man, who'd been released from prison with no ID card, to get him an ID so he could get a job.

“From the very first step, we were road blocked,” Peterson said.

She says navigating the system was nearly impossible; getting the necessary documents to apply for identification was extremely difficult without a way for the man to prove he was who he claimed to be.

“The system has to work to get people the ability to be human again,” Peterson said.

So many people in the population she serves have been released from prison with no ID, and no way to get back on their feet.

Peterson got the ear of Idaho state Rep. Melissa Wintrow (D-Boise) who got the ball rolling and rounded up the Idaho Department of Correction (IDOC) and Idaho Transportation Department.

“I think this will have a huge impact,” Wintrow told KTVB. “As we talk about recidivism rates in our state this is one more barrier that is taken away and will help people succeed.”

“I think it's going to be life changing,” DMV Administrator Alberto Gonzalez said.

Bringing an ID unit with trained staff to inmates was the solution.

Castleton says their case managers work diligently to get the proper documents to submit for an identification card. Because it can be tricky at times to find those documents, the case managers start months before an inmate is released.

"If they don’t have any of those documents then they're scrambling trying to figure all that out," Castleton said. "And we have staff in place trained to be able to do that they know exactly what to do and helping them along the way."

Corrections staff will send the information and pictures off to the DMV and the IDs will come back in the mail, ready for inmates when they're released.

It’s all accessible and convenient for inmates – to set them up for success.

"The amount of work Rep. Wintrow and Jodi Peterson did advocating for this to happen, and the willingness for IDOC to work with ITD, it just means a lot," Gonzalez said. "It just shows you government can work together to make a difference in the community across Idaho."

Castleton and Wintrow believe it's an investment to keep people out of prison.

"It’s investing in the success of the people leaving prison," Castleton said. "So if we can reduce recidivism – it’s expensive to incarcerate people so that right there is a savings. If you can’t get a job, you fall back onto the things you did before, so that’s how people recidivate.”

"It only helps the individual and the community and it helps the budget and the bottom line,” Wintrow added.

It'll help individuals like Hinton, who knows this program will impact thousands in a similar position.

“Now knowing they have their humanity back just a little bit more it’s going to help out a lot of people, I think,” Hinton said.

A success story: the homeless man who spurred this program is now working and no longer homeless.

After a few months of the pilot program, IDOC tells us they are planning to put set-ups in every facility. Castleton says the goal is to roll the rest out by the end of August.