How to survive an avalanche in Idaho's backcountry

Avalanches are avoidable, but if you get caught in one, there are certain tools that could save your life. 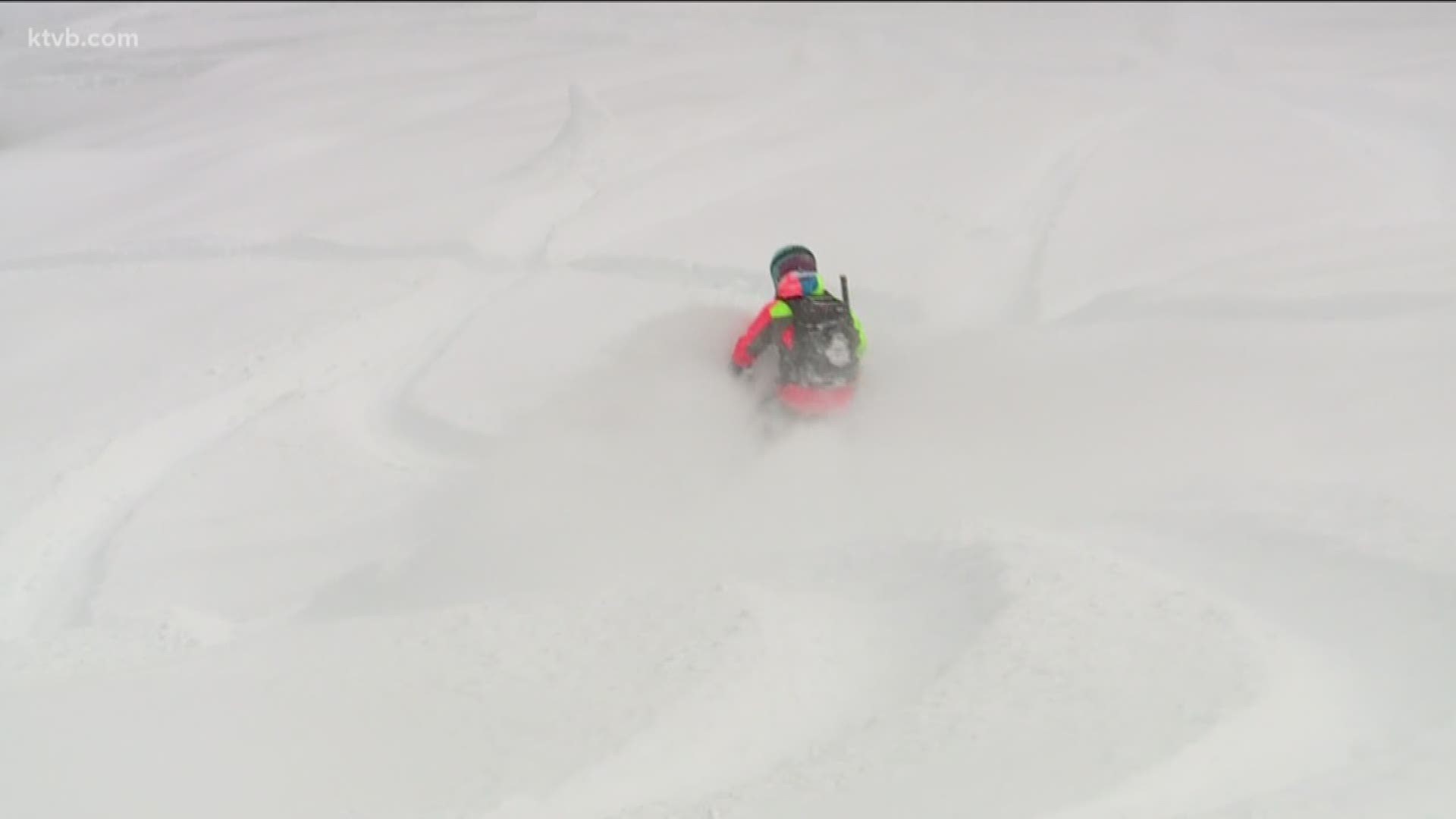 MCCALL, Idaho — An avalanche comes quickly with no warning. Of the thousands of avalanches that occur in Idaho each year, on average, three people are killed.

Luke Youngberg, a snowmobile guide in McCall, says he was caught in an avalanche a few years ago while exploring Mt. Baker in Oregon.

"You can actually hear avalanches as they break and it kinda sounds like thunder," Youngberg said. "About 30 seconds later there's a six feet wall of snow coming at us."

Blackfoot resident Kyle Pratt also found himself caught in an avalanche. He was snowmobiling with friends in Island Park when he was buried by snow. His friends were able to save him because the group was prepared.

"Always go out with a riding partner," said Cody Monroe, who owns CM Backcountry Rentals in McCall. "You should never go out alone."

Monroe and Youngberg took us out to look at avalanche risks for those most susceptible: snowmobilers, skiers and snowboarders.

We ended up northeast of Brundage Mountain at 6,800 feet on a 30-degree slope. To find out what we're dealing with the Monroe and Youngberg dug a pit in the 7-foot deep snow to monitor the layers.

"Each storm it got really wet and maybe rained a little and then it froze and then we got another foot," Monroe said. "This is concerning."

He found a crust layer that could cause the snow on top of it to give way and spark an avalanche.

After testing the density and compression Monroe finds the snow pack is pretty solid.

"Nothing to be too concerned about right here," he said. "But you can't just take the information here that we just got digging this little pit and doing this little snow study and jump up another 1,000 feet on another hillside and go rippin' around and think life is going to be good because more than likely you're going to get pinched."

Then what would you do? Monroe says each person in your group needs to be wearing an avalanche beacon, a probe, and a metal shovel before exploring the backcountry in the winter.

"If there's somebody in an avalanche and you need to find them, if you don't have these tools more than likely you're not going to find them," Monroe said.

Another important item to bring with you if you're riding in avalanche prone areas: an avalanche airbag system.

"You just pull the handle and then you pretty much have a giant balloon around you and hopefully it's going to keep you on top of the snow and keep you alive," Monroe said. 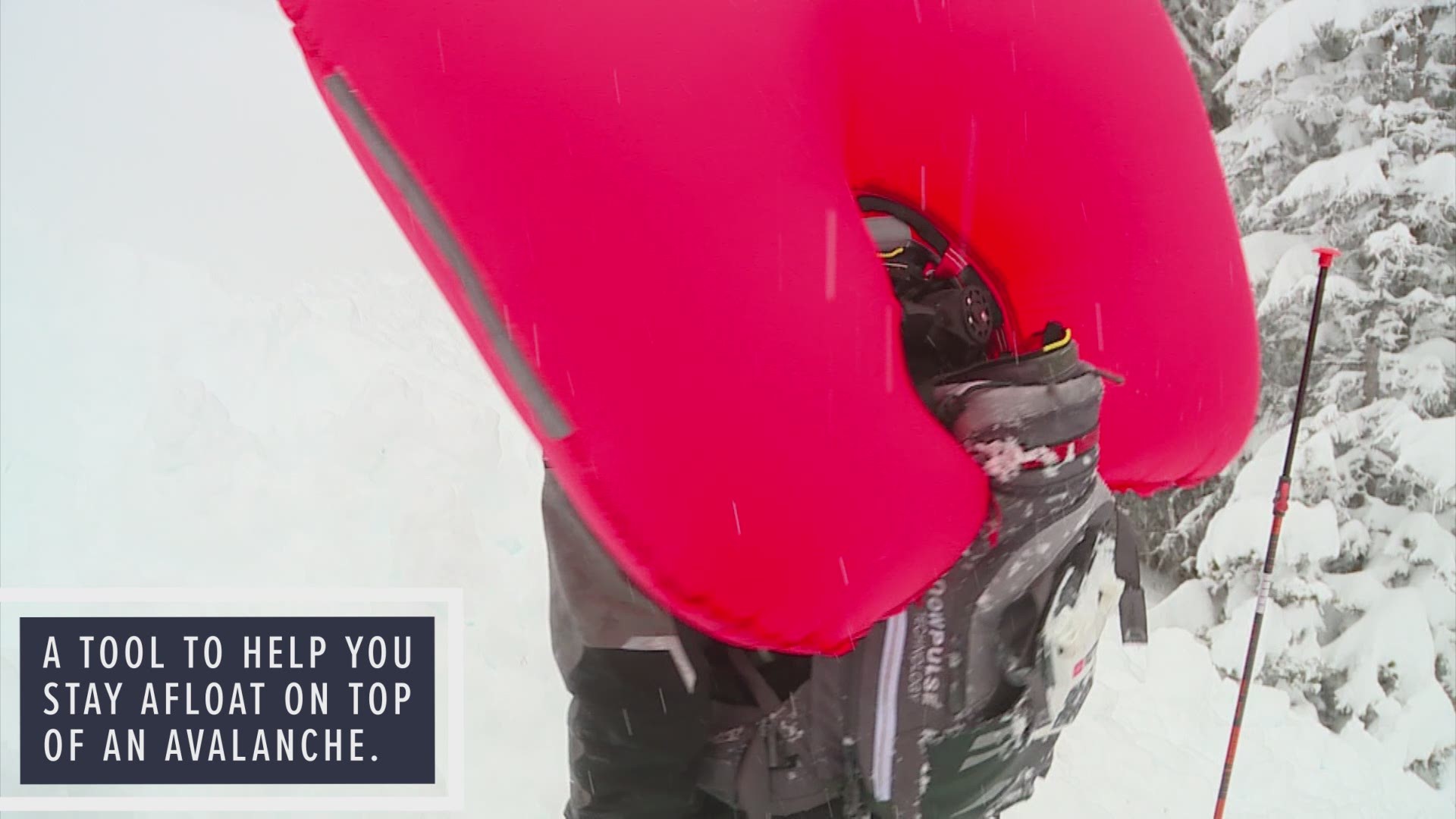 The key, Monroe explained, is to pull the handle when you hear the avalanche break and before the slide reaches you. If you don't you will most likely be buried.

It's a frightening situation no one wants to be in and one that can usually be avoided.

"You can always find another place to have fun and you can always wait another day," Youngberg said. "It may look like a lot of fun, but is it worth it?"

Ultimately, backcountry experts say the best thing you can do before heading out in the Idaho mountains during the winter is to learn as much as possible about the conditions you might face while out there.

Here are three groups that offer avalanche training in our area: