Gov. Little issues executive order to allow the transportation of hemp through Idaho

The governor said the executive order is only meant to be a stopgap until the state legislature passes a permanent solution. 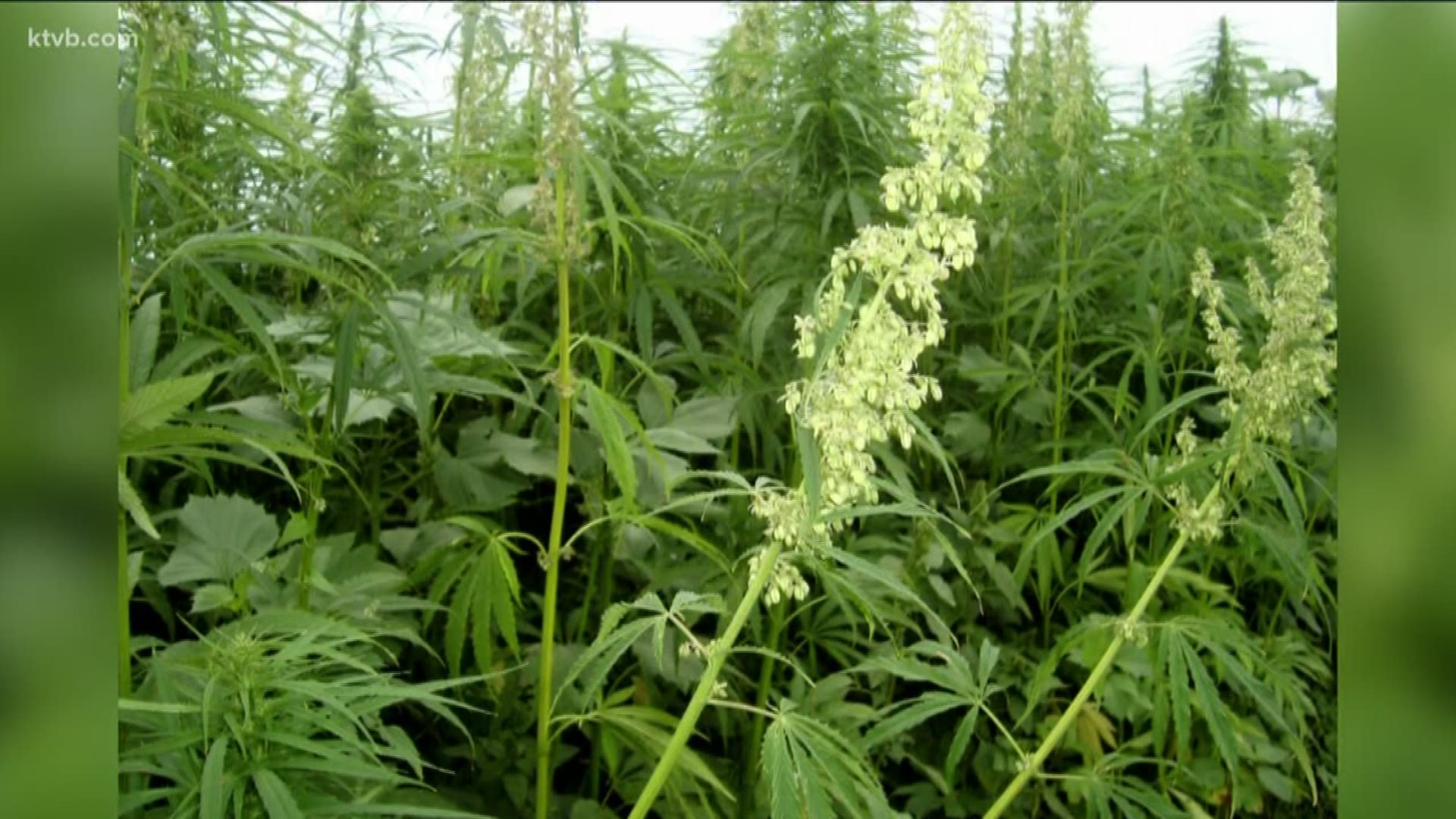 BOISE, Idaho — Governor Brad Little issued an executive order that will change Idaho's rules on the interstate transportation of hemp to be in accordance with federal law.

The governor announced the order is only meant to be a "stopgap measure until the Idaho Legislature enacts a more permanent solution."

Under the 2018 Farm Bill, states can now harvest, sell, and transport hemp, as long as it meets set certain requirements. Under Idaho, hemp has to contain 0.0% THC, while the Farm Bill allows a THC content level of 0.3%.

Gov. Little's executive order only allows for the interstate transportation of hemp and requires that anyone transporting hemp be inspected at the closest port of entry, provide all the necessary paperwork on where the hemp is coming from and going to, and only transport hemp on interstate highways and the nearby areas.

In a statement, the governor said, “From the start, I have stated I am not opposed to a new crop such as hemp, but that we need to be sure the production and shipping of industrial hemp is not a front to smuggle illicit drugs into and around Idaho. We expected new federal rules would eventually result in hemp lawfully traveling across state lines. My administration has prepared for this development, working with partners in law enforcement and other interested parties. As it turns out, the rules were published at a time when the Idaho Legislature could not quickly respond. My executive order is a stopgap measure to address the narrow issue of interstate transportation of hemp until the Idaho Legislature develops a permanent regulatory framework around hemp."

The executive order does not legalize hemp in the state of Idaho, but just simply changes Idaho's rules on the interstate transportation of hemp to meet federal law.

"We don't want to conflict our state law that says you can have zero percent THC to conflict with federal law and this does, we think, a good job at doing that," Little told KTVB.

In January 2019, a Portland trucker was arrested by Idaho State Police on charges of drug trafficking when he was pulled over with over 6,700 pounds of hemp in a semi-truck. ISP claimed it was the largest pot bust in Idaho's history, but the trucker did produce shipping manifests describing the shipment as hemp plants.

The trucker later pleaded guilty to a misdemeanor violation of trucking an improperly permitted load including a faulty bill of loading and was sentenced to 180 days in jail. 175 of those days were suspended and the last five days were counted as served.

The company that the trucker worked for, Big Sky Scientific, said they are grateful for the stopgap measure, but added that, "While the State continues to harm Big Sky by refusing to return its lawful agricultural commodity, Big Sky is confident that the law is on its side and that it will ultimately prevail, have its legal property returned, and be made whole again from the damage caused to it by the State."

This is a developing story and this article will be updated.

When it comes to hemp, does Idaho state law trump federal law?