Moving a whole flock of sheep through downtown Ketchum is a relatively easy gig for these dogs, but wolves and other elements of their migration can make it all quite intense. 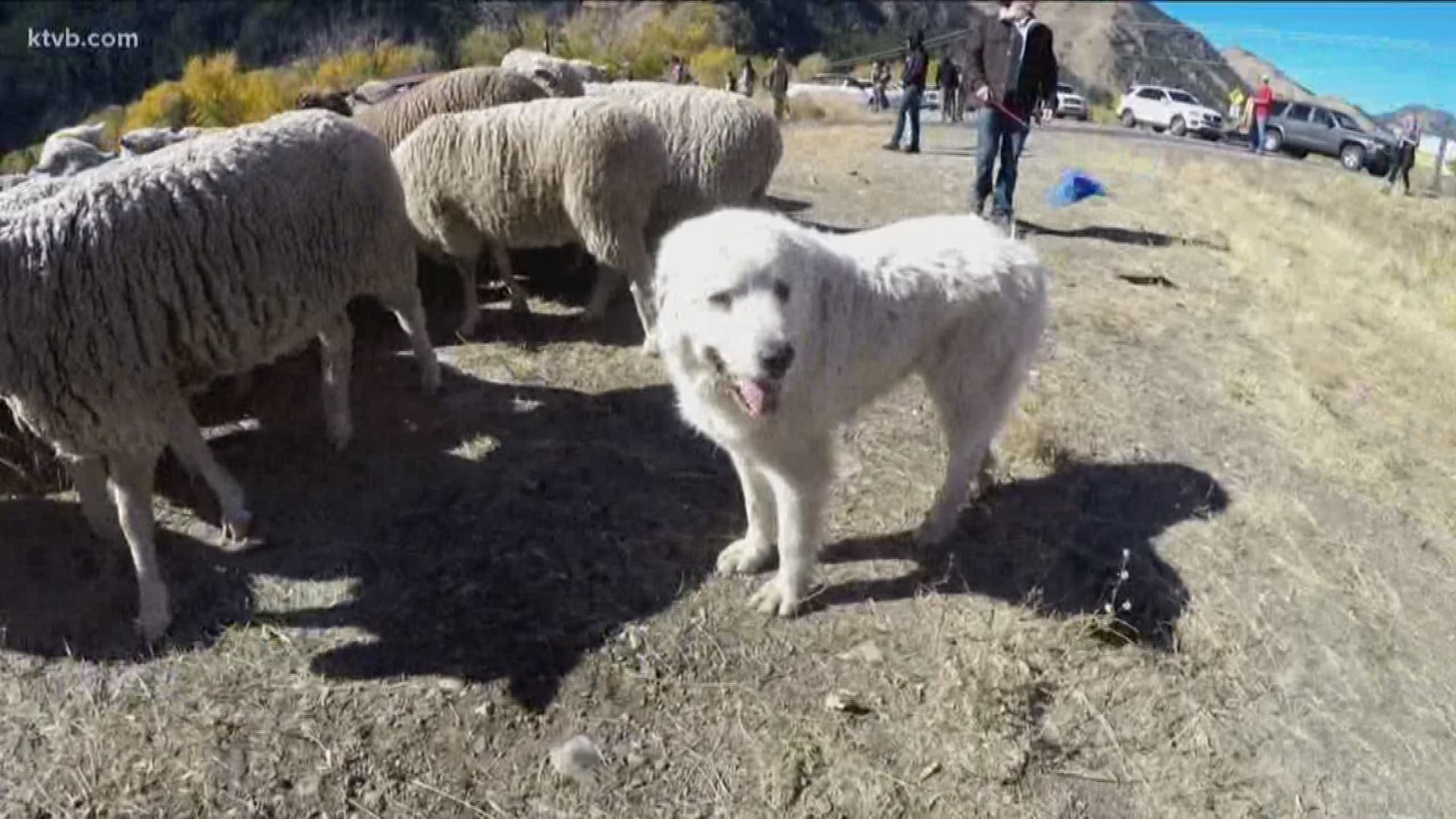 KETCHUM — Editor's note: This week on Today’s Morning News and KTVB.COM, KTVB is presenting the series "Dogs with Jobs," featuring the furry friends that work alongside Idahoans in many different ways.

Every October since 1996, as a part of their annual migration, Rancher John Faulkner tours his sheep through the streets of downtown Ketchum, Idaho, for the famous 'Trailing of the Sheep' parade.

"Well it’s not unique to me but it would be unique to somebody observing it," laughed Faulkner.

But for the iconic event to run smoothly, a special group of Faulkner's employees need to be on their top game. His dogs, with jobs.

It might take some time to notice some of Faulkner's K9 crew, his white Turkish Akbash dogs, that blend right in with the sheep.

"They are guard dogs, they just ride in with the sheep and the sheep don't pay any attention to them, nothing, they just rub against each other," explained Faulkner.

Their job is simple, to protect the flock at any cost.

"They are always working, we always keep them with the sheep," said Faulkner.

As the sheep begin to scurry along downtown Ketchum, the guard dogs keep a watchful eye on everyone.

Running security during the parade should be an easy job for the dogs, but there other times it gets intense.

"We lose probably one or two guard dogs a year, fighting off those wolves," Faulkner explains. "They will run wolves off if there is just one or two, but if you get a pack, they don't have any chance."

While the Akbash dogs seriously monitor the parade, their dog co-workers are a little more excited.

Guiding the sheep along the entire route, an energetic pack of border collies works to make sure all the sheep stay on track.

"They are just kind of like bird dogs, it's natural," said Faulkner.

Until they get orders to stop, the border collies are the engines running the sheep train along. They chase down any strays, all while keeping the flock in formation.

They are also careful to stay out of the guard dogs way.

Soon enough, the entire crew makes it through downtown, from there they simply continue on their migration.

Sure, the sheep were the stars of the parade, but of course the dogs with jobs deserve most of the credit, right?

No matter how you see it, Faulkner says he just loves being a part of it.

Neither will his dogs.